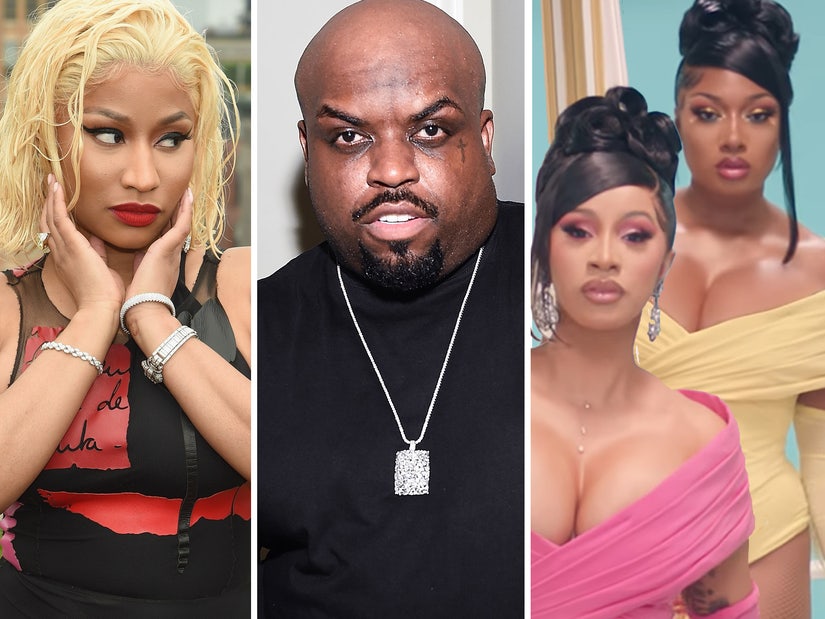 The singer claims there was a "misunderstanding" over his comments.

CeeLo Green is backtracking after criticizing the music and performances of female rappers Nicki Minaj, Megan Thee Stallion and Cardi B.

The musician was slammed earlier this week over an interview he did with Far Out Magazine, in which he commented on what he thought was wrong with the music industry today and called out the three women specifically.

On Wednesday, however, he attempted to change the narrative.

"There seems to be a misunderstanding with a quote taken from an interview I did a few days ago while promoting my new project. Firstly, I'm an advocate of artistic freedom and expression as well as a fan of Nicki, Cardi & Meagan," (sic) he began on Instagram. "I know most of them personally and consider Cardi & Offset family. Therefore, I would never disrespect them all as powerful, beautiful and influential women ... and professionals."

"I wholeheartedly apologize to each of them for the inconvenience they have been caused due to a snippet of my interview being used as a headline, and in turn creating controversy and disconnect between me and these ladies as well as their fans," he continued.

"Know that I support everyone who is part of our community & culture," he concluded. "Always have and always will! Much love to all of the female artists who are running the game and handling their business." 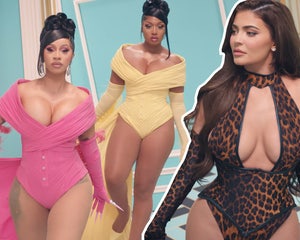 His statement came after he questioned whether Minaj was a role model in the original interview.

"You have the 'Heads of State,' like Nicki Minaj or someone who is up there in accolade: success, visibility, a platform to influence," he said. "Nicki could be effective in so many other constructive ways, but it feels desperate."

"Attention is also a drug and competition is around. Cardi B and Megan Thee Stallion, they are all more or less doing similar salacious gesturing to kinda get into position," he continued. "I get it, the independent woman and being in control, the divine femininity and sexual expression. I get it all ... [but] it comes at what cost?"

Speaking more generally about the industry, he said the music being created now "is very unfortunate and disappointing on a personal and moral level" -- going on to say most of what's being produced is "shameless" and "sheer savagery."

While none of the women reacted to Green directly, Megan responded to anyone criticizing her and Cardi over their explicit "WAP" lyrics on Twitter.

Cardi also responded to some of the criticism by tweeting, "I can't believe conservatives soo mad about WAP."