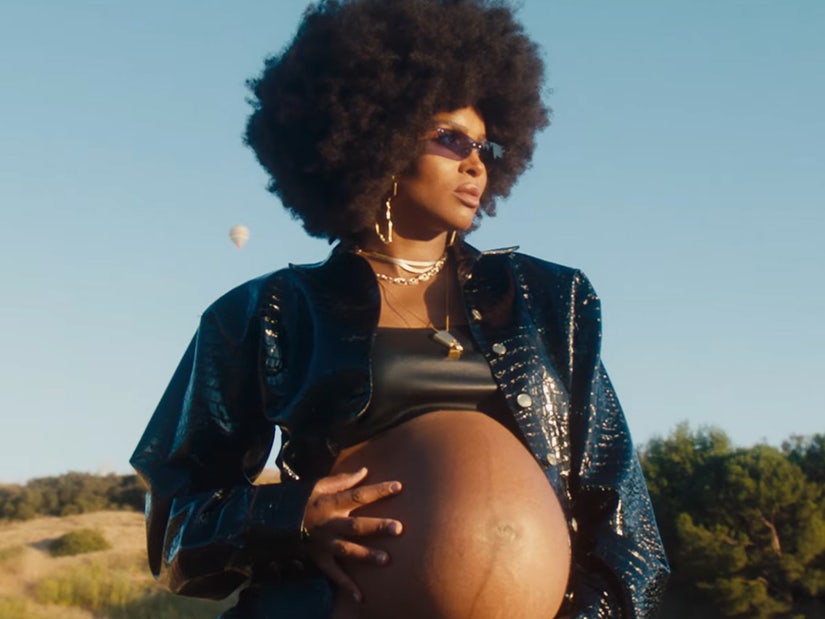 "To all my young Rosa's and young Luther's, keep marching."

Ciara wants all "Black queens and kings" to be proud of their roots.

On Wednesday night, the singer dropped the music video for her new powerful song, "Rooted," revealing she filmed the visual just two days before she gave birth to her and Russell Wilson's son, Win.

The music video featured only people of color, including mothers holding their infants, Black dancers and young protesters, as well Ciara's two other children: 3-year-old, Sienna, whom she also shares with Wilson, and 6-year-old, Future, from her previous relationship with rapper, Future.

In the clip, Ciara, 37, who showed off her bare baby bump throughout the music video, sings about empowerment, lifting up the Black community and encouraging young POC to "keep marching" amid the ongoing Black Lives Matter protests.

Breonna Taylor, whose tragic story has been part of the nationwide protests against police brutality and racial injustice in the wake of George Floyd's death, is also referenced in the "Rooted" video as several young women are seen wearing t-shirts that displayed Taylor's face as well as, "Say Her Name, Breonna Taylor."

Similarly, Floyd's face -- and his last words "I can't breathe" -- are shown in the visual through protest signs and t-shirts.

At the end of the video, a statement flashed across the screen: "To all my young Rosa's and young Luther's, keep marching. Don't stop fighting for what you believe in. To all my Black queens and kings, continue to plant and spread seeds of love, hope and pride in your tribe. Everything you need to survive and thrive is rooted in you. Stay rooted."

Ciara shared highlights from the music video on her Instagram, telling her fans that she shot the footage shortly before she delivered her newborn son.

"ATL bred I'm #Rooted," she captioned a short snippet of her dancing from the music video. "Shot this video 2 days before delivery, Covid style! Out now! 💃🏽"

Ciara posted another clip from the video that featured her kids sitting alongside her.

"To all my Black Queens & Kings, always know everything you need to survive and thrive is rooted in you!," she wrote alongside the clip, adding that a portion of proceeds from the song will support, Grantmakers for Girls of Color, a "leading philanthropic organization dedicated to cultivating investments in support of girls of color in the U.S."

According to the G4GC website, the organization "mobilizes philanthropic resources so that Black girls and girls and gender expansive youth of color can achieve equity and justice in this critical moment in history -- and in our future."