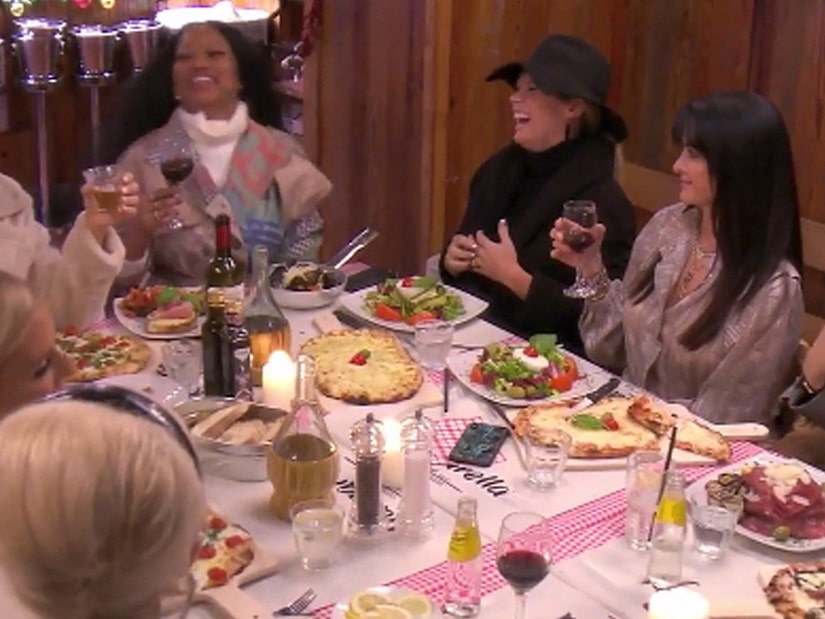 The "Real Housewives of Beverly Hills" trip to Italy may not have been the smoothest vacation for the women, but they managed to put aside all the Denise Richards-Brandi Glanville drama the best way they know how: by talking about sex.

After an explosive speech in which Denise tore into her costars over how they treated her during the getaway, she stormed out, only to have a producer talk her into returning and striking a truce with the other women.

To clear the awkward air, the conversation quickly got a little NSFW, as Garcelle Beauvais asked the women to reveal the craziest places they've ever had sex.

"I had a massive head injury when I was 16. My boyfriend's father was head of cardiology ... his son and I had sex in my hospital room when I got it together," she revealed. In a confessional, she confirmed she had a private room at the time.

Teddi Mellencamp-Arroyave said the hospital was her answer as well, but she didn't share her story.

Kyle Richards was up next, revealing that she got frisky "at a table for 10 people at a black tie event." As the women reacted in shock, she said "nobody knew" what was going on at the time.

Garcelle, meanwhile, confirmed she joined the Mile High Club by saying her craziest tryst went down on a commercial flight.

The ladies all gave Sutton Stracke grief when she said she would rather talk about the "most romantic" place she's ever done the deed. "It's still good," she said, revealing it happened in a sleeping bag on a campground. They weren't impressed.

"It's not my proudest moment," began Lisa Rinna when her turn came. "It was myself and my boyfriend, and my good friend and her boyfriend and we were having sex next to each other in the back of a station wagon."

Denise kept the gasps from the ladies coming as she said she did it "in a church parking lot" once, as Kyle cracked, "No wonder you couldn't get into the Vatican today!"

Thanks to this light conversation, the vacation -- like Denise's trips to the massage parlor -- had a happy ending. 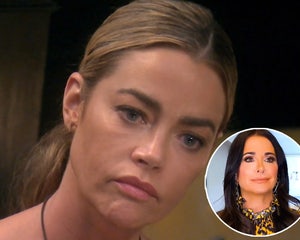