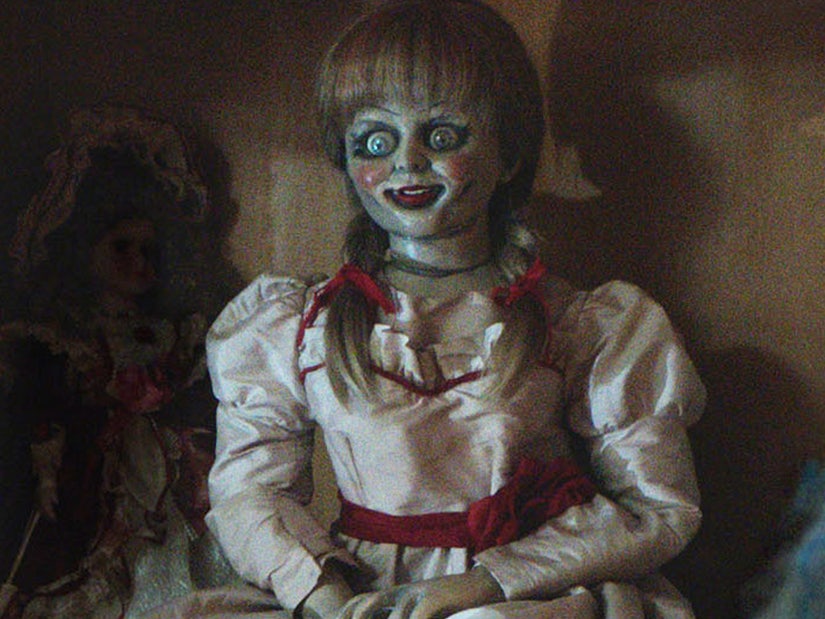 It all began with Tom Cruise's alleged refusal to let people run beside him.

Fans of Annabelle from "The Conjuring" movie franchise got quite a fright when she began trending on Friday.

An online rumor about the haunted doll escaping from the Warren Occult Museum in Connecticut started terrifying followers, as one so perfectly posted, "#Annabelle don't bring yo ass in my house and think it a stay-cation."

Another fearful user wrote, "Someone said that the Annabelle doll escaped from the museum that it was held at....  Im sleeping at the church till they get that doll."

But all the precautions proved unnecessary as the rumor was soon debunked as an internet hoax -- that is, if one believes a supernatural spirit inhabited the body of a Victorian-era doll to exact revenge on all those who stand in its way.

So would anyone like to explain to me in a nice, not terrifying way why Annabelle has been trending all day I am afraid to click on it

idk who needs to see this but no annabelle escaped any where pic.twitter.com/Y9ZOCqxDq4

To begin, the museum started by the real-life paranormal investigators featured in the movies -- Ed and Lorraine Warren -- has been closed for some time due to zoning restrictions, per The Monroe Sun.

The artifacts are now under the care of the Warrens' son-in-law, Tony Spera.

But more importantly, the origin of the rumor was discovered after an interview with British actress Annabelle Wallis was published by The Hollywood Reporter on Friday, where she claims she convinced Tom Cruise to let her run alongside him in "The Mummy" movie -- something she said he usually avoids with co-stars.

According to YouTube user Hi Tech, the interview title was changed to "Annabelle escapes" when translated into Chinese, causing major meltdowns for those who believe the doll could be potentially coming after them.

annabelle after she left pic.twitter.com/AD7JGKC1da

And in a delightfully demonic twist, Wallis played the character of Mia in 2014's "Annabelle."

To be fair, fans who were horrified at the thought of a haunted doll running amok during these unprecedented 2020 times have only the Warrens to blame, as Loraine had publicly declared Annabelle a terrifying force throughout her career.

"Looks are deceiving," she told USA Today in 2017. "It's not what the doll looks like that makes it scary; it is what has been infused within the doll -- evil."

me opening twitter just to find out anabelle escaped the warren museum this 2020 pic.twitter.com/yg8KREJCuf

Me listening to Annabelle spill her tea so she doesn't kill me pic.twitter.com/J6JiVQVBVf

Annabelle going back in her display case when she realized how fucked up 2020 is pic.twitter.com/GA18jp55RV

streets are saying that annabelle ran off to be with cat valentine pic.twitter.com/sDxwgm6KSo

The guards seeing Annabelle not in the display box anymore..
pic.twitter.com/RqWsfHCYgB

me trying to spell mueseum so that i can tweet about annabelle escaping pic.twitter.com/1k29QW7jck