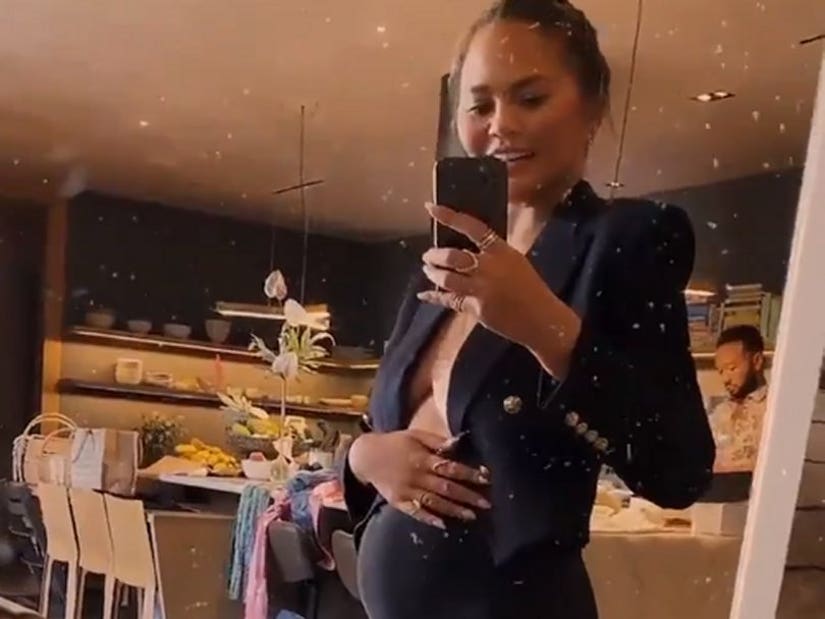 Speculation ran rampant throughout the day as Chrissy Teigen and John Legend did everything but explicitly say they were pregnant with a third child, following on the heels of Luna, 4, and Miles, 2. 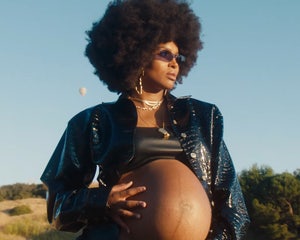 First, Teigen made a bump-baring appearance in Legend's latest music video for his single, "Wild," featuring Gary Clark Jr. The couple could be seen in that romantic clip sharing their love as Teigen cradled would could only be described as a baby bump.

And yet, they continued to play it coy, In premiering the video, Vevo promised "a beautiful surprise," and Teigen simply shared their tease. Well, finally, there are no more teases.

In a new video shared to her Twitter feed, with Legend busy in the background, a clearly glowing Teigen could be seen checking out her changing body.

And in typical Teigen fashion, she did not mince her words. "Look at this third baby shit," she said into the mirror. Following it up with the unfinished thoughts "what the--" and "oh god."

We kind of love the symmetry of this story, too, as Teigen had previously revealed on Instagram that the video was directed by Nabil Elderkin, "the man who introduced us 14 years ago."

Teigen and Legend met for the first time on another of Legend's music videos, 2006's "Stereo." As Teigen loves to tell the story, she went to say goodbye to him at his hotel and -- well apparently, they're still doing that.

In a touching tribute to their growing family, the couple even incorporated both Luna and Miles into the "Wild" video. The five of them (technically) can be seen taking a stroll down the beach together as the sun sets.

Neither Teigen or Legend have yet revealed a due date or a gender for their baby, but you can be certain that Teigen will not hesitate to do so whenever they are ready.

You can check out all the love oozing through the camera in the video for "Wild" below.