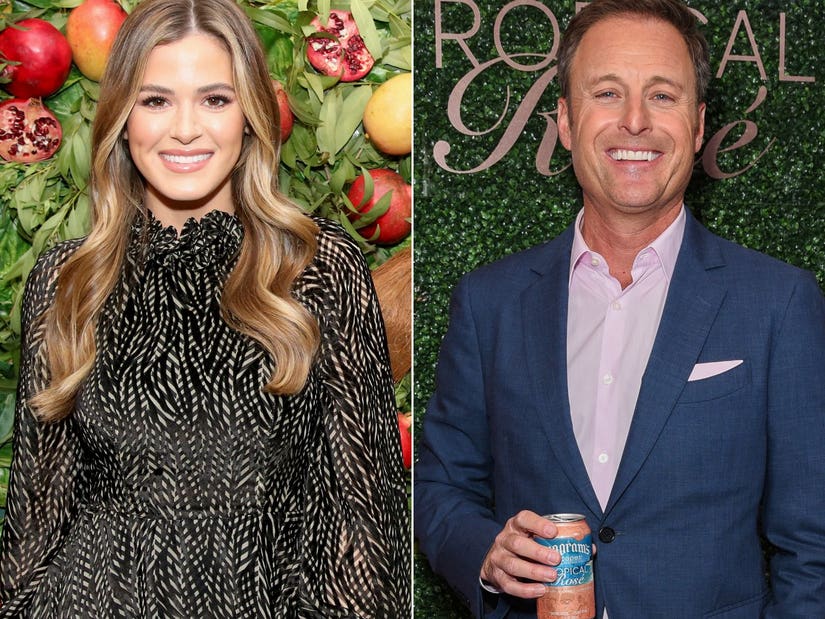 Clare Crawley's upcoming season is already overflowing with craziness, including rumors she's replaced halfway through by Tayshia Adams among other stories.

If there's going to be two different leads on "The Bachelorette," as well-sourced rumors would seem to indicate, why not two hosts?

Now, it looks like Clare Crawley isn't the only star of the upcoming 16th season who will be replaced. The latest reports are that Season 12 lead JoJo Fletcher has been flown in to replace Chris Harrison himself.

It's all about safety amid the ongoing COVID-19 pandemic. And it stems to a family decision Harrison made that would have dramatically impacted the already-delayed production.

According to a report originally from Us Weekly, Harrison made the call to be there and help his son, Joshua, move in for college. This triggered an automatic 14-day quarantine for Harrison.

Unlike other seasons of the franchise, Clare's season of "The Bachelorette" is being filmed at a resort and the entire production is effectively in quarantine, including cast and crew.

Us Weekly's source says that Harrison should be ready to return before the show''s sure-to-be-the-most-dramatic-ever finale. We can't help but suspect that this was at least somewhat planned, as wouldn't Fletcher have also had to self-quarantine for 14 days before stepping in for Harrison?

And yet, according to Us Weekly's source, Harrison did not expect that he would have to self-quarantine for 14 days after his return. So how and why was Fletcher ready and available?

According to media reports, though, she's not the only one. Former "Bachelor" contestant Tayshia Adams has been widely reported as effectively taking over for Crawley mid-season after the latter found love early on and refused to continue.

And then there are additional reports that Hannah Ann Sluss (from Peter Weber's disastrous season) and Season 14's Bachelorette Becca Kufrin may have also made their way to the resort throughout the filming process, among possible others.

Are Sluss and Kufrin (who is engaged to her season's winner) on hand as emotional support for Adams, or is something weirder going on?

It sounds like things are even messier behind the scenes than they usually are on camera. Is this turning into a season of "Bachelorettes in Paradise"? Is it morphing into an "All-Stars" season?

Whatever's going on, you can bet Bachelor Nation will be all over it when what is almost certainly going to be the most dramatic, crazy, ridiculous and unpredictable season of "The Bachelorette" finally launches on ABC.