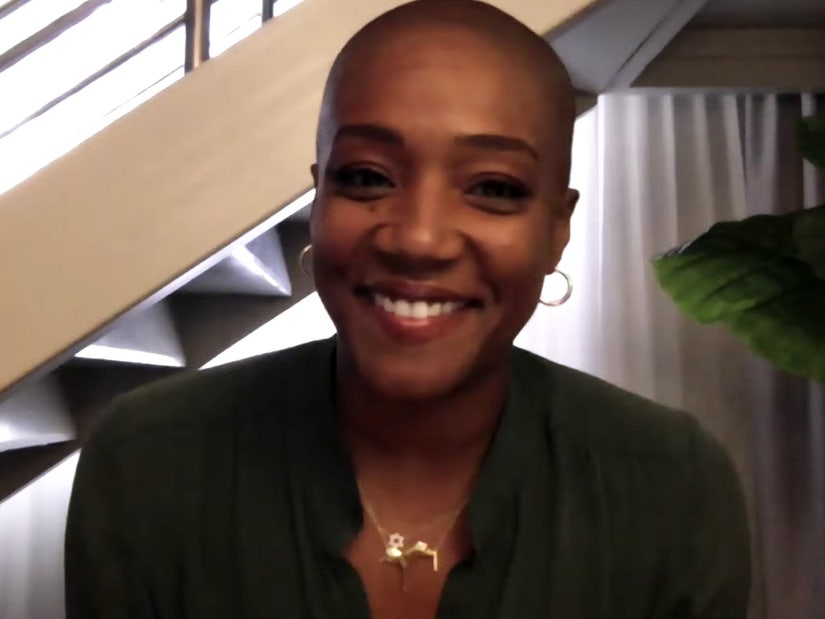 "I noticed this happened in history before. Wars have stopped because of this."

Tiffany Haddish has an idea for how to make social justice the top priority.

During her virtual visit to "The Tonight Show Starring Jimmy Fallon" on Monday, the comedian revealed her plan after she was asked how the pandemic and protests for racial equality have changed her stand-up material.

"People are always asking me, 'Tiffany, what can we do? What can we do to make change?'" the "Girls Trip" star began. "And what I've incorporated in my comedy is something that I think that would work -- that would change the systemic racism and the injustices that we all suffer."

"I think the key to it is all women just stop having sex," she quipped, seeming to reference Aristophanes' "Lysistrata". "Everyone just closed their legs. Just shut it down. Men will get up. I noticed this happened in history before. Wars have stopped because of this. If every woman just said, 'That's it, I'm closing my legs until justice is served, until there is change,' then things will be great."

The actress went on to say how "Karens" would be "overwhelmed because they don't want change," but they will eventually come around and start spearheading the movement.

"Karens going to be like, 'Look, I know I was talking crazy a few months ago, but I cannot handle all this sex that I got to do because everybody shut their legs closed. So please, please register to vote. Please let's make some change.'"

Tiffany also waxed on about her newly-shaved head, saying quarantine was the perfect time to have it done by her "man," appearing to reference her new boyfriend, Common.

"I'm not going to be on any red carpets," she explained. "And if I do have to be on something, they always put me in wigs anyways. And the wigs fit better."

"I wanted to know what I look like from my head to toe, like, 'Who am I from head to toe?'" she continued. "Every religion talks about knowing thyself. And I know where all my moles are except for the ones that were on my head. And now I know I got two moles on my head and it's a little wrinkled in the back."

"It's very smooth. My head kind of feels like a penis and that's kinda nice."