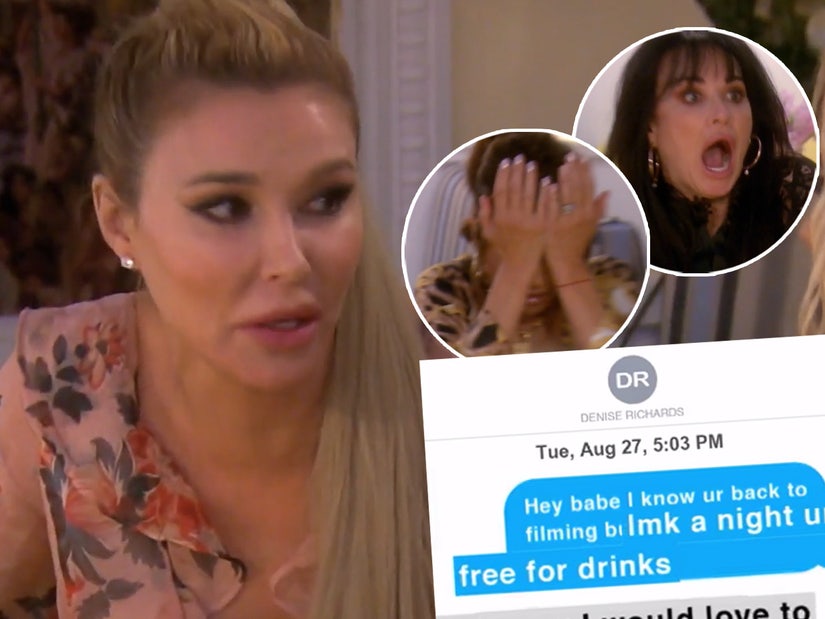 Glanville claims she "left marks" on Richards during alleged tryst, as new evidence wins over almost all the women.

Teddi Mellencamp-Arroyave's baby shower was upstaged by the one and only Brandi Glanville on Wednesday's "Real Housewives of Beverly Hills," as she showed up with brand new claims about her alleged relationship with Denise Richards.

The new hour picked up after the women had returned home from their often-volatile trip to Italy. As Denise met up with Garcelle Beauvais, she revealed how husband Aaron Phypers reacted to Brandi's bombshell the two had a secret, sexual relationship -- one she allegedly hoped to hide from her other half.

"He just cannot believe how they are. Some of the stuff Teddi said, obviously Aaron, he feels very bad that they did that," Denise told her costar. "Aaron and I don't have any secrets from each other and if I did come home and say, 'Hey, I slept with Brandi,' he would be like, 'How come I wasn't invited?'"

Denise said that when Aaron eventually runs into the other women, he would "of course" address it. She added that her trust in Lisa Rinna was low and admitted, "I do know that I don't really like Teddi." Though she said she could easily move on from Brandi's claims, Denise didn't believe the other women could do the same.

Well, she was right.

At Teddi's surprise baby shower -- held in the dining room Dorit Kemsley designed for Buca di Beppo, of all places -- Denise was the main topic of conversation. She, however, didn't show, claiming she was sick.

"I'm not so sad that I'm sick," she said in a confessional. "I don't really want to show for her f--king shower anyway. It's a blessing in disguise sometimes."

Despite barely knowing Teddi, Brandi showed up to the shower, where everyone told her "shit hit the fan in Rome" after they confronted Denise with everything Glanville had told them.

ICYMI, Brandi said she was under the impression Denise and Aaron had an arrangement, where she could have sex with other women. After they allegedly hooked up, however, she said Denise told her she couldn't tell anyone. That made Glanville, who had been cheated on in the past, feel like a home-wrecker. She also claimed Denise said nasty things to her about both Erika Jayne and Teddi.

As they began to talk about Denise's reaction to the claims, Brandi said she felt "weird" discussing it in front of people she didn't know ... so Teddi's non-TV friends simply left the shower!

The other women then told Brandi that Denise denied everything, called Glanville a liar and claimed the two barely talk and aren't close. Glanville was livid. "I am not tryin to hurt this person here in any shape or form," she said, before repeating some of her allegations ... and adding in some new ones.

"I knew for 100% fact that they had an open thing as long as it was just with girls," she said. "So we were making out and then I bit her. I left marks. When you're doing that, there's marks. So the next day she said to me, 'Aaron can never know this, he'll kill me. This is from my corset.' And I said, okay."

In a confessional, she added, "I hate cheaters, I was cheated on and I would never do it. This is about shutting me up to make sure I never let anyone know, especially women in our group, that this happened."

Teddi wanted to take a step away from the sex talk and address the fact Denise was trying to distance herself from Brandi altogether. It's here that Glanville whipped out her phone for everyone to see. 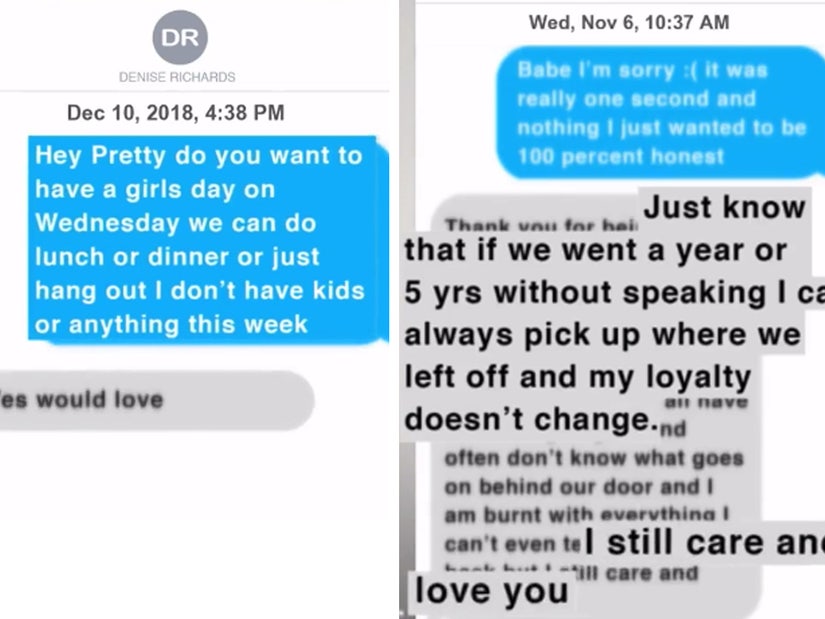 "I can back it all f--king up," she said, before pulling up text messages she claimed were between her and Denise. She then passed her phone around the table. While the texts themselves mostly seemed innocent, it was the sheer number of them that really surprised everyone and, in some of their minds, proved she wasn't the liar here.

Teddi, Erika and Rinna all believed the messages clearly showed Denise and Brandi had a good friendship, something Richards denied entirely. "Why would Denise even lie about having a friendship with Brandi," Lisa wondered in a confessional, "unless you're really hiding something you don't want anyone to know about." 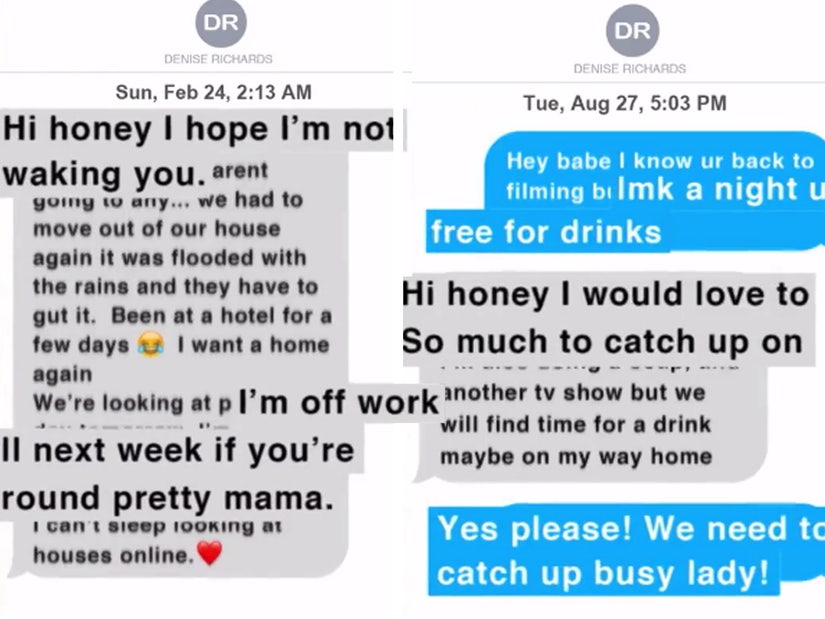 Dorit, however, was still skeptical.

"I f--king sucked on her f--king [censored]," Brandi then exclaimed, shocking the entire table. "I have a close f--king relationship with her, okay bitch! Enough said!"

"We did have a relationship as friends. I thought she was my friend too, until I didn't," she continued. "I think she is a people pleaser and a master manipulator, more than even LVP. That's how I feel."

The shower ended with Rinna telling Brandi she needed to have a sit-down with Denise to "f--king figure this out ... because now we're all involved." We highly doubt that will ever happen.

The next day, Kyle Richards met up with Rinna, who felt Brandi was "real convincing" at the shower. "My heart sunk, to be honest with you," she added, "I want to stick up for my friend, I want to be able to say, 'You know what Brandi, I don't believe you' ... and guess what, I can't do that."

In her own confessional, Kyle said it was "none of our business" whether Denise and Brandi did actually hook up. But, since Brandi brought it up on camera, "Denise, unfortunately, she's going to have to deal with this information now and we feel bad."

The season finale airs next week, where it appears Denise bonds with Camille Grammer over being at odds with the entire cast ... and is called a liar to her face by Rinna. 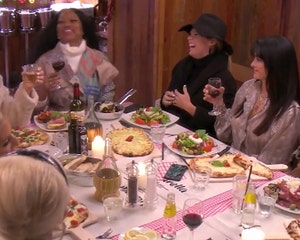