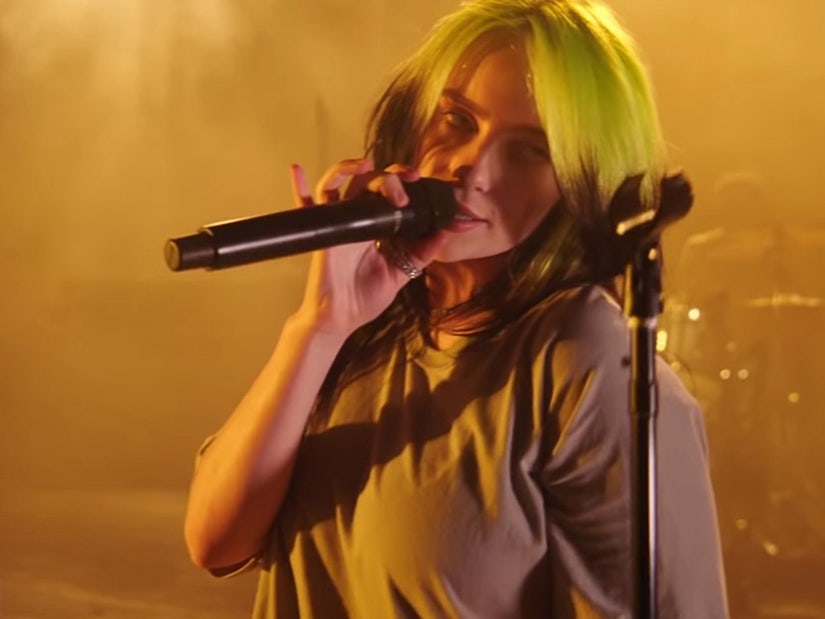 The youngest performer at the convention, 18-year-old Eilish gave a scathing indictment of Trump like she was a guest speaker.

Billie Eilish is 18 years old and about to vote in her first presidential election ever. And the young singer is clearly very passionate about embracing this opportunity.

Invited to perform for Night 3 of the Democratic National Convention, the teenager took advantage of her platform to just tear into President Trump before performing her latest track, "My Future," for the first time ever in public.

The song choice definitely speaks to the moment, just as Eilish did before the music started. She might as well have been invited on as a guest speaker with how well-spoken she was as she presented her case against Trump and for Biden.

"You don’t need me to tell you things are a mess. Donald Trump is destroying our country and everything we care about," the singer began, clearly not mincing her words.

"We need leaders who will solve problems like climate change and covid, not deny them," she continued. "Leaders who will fight against systemic racism and inequality."

After urging her fans and everyone watching to make sure they vote for Biden over Trump -- which, of course, most viewers of the DNC would be planning to do -- she got to a more important message.

No matter your views or your stance, it's perhaps never been more important to get out and vote. "Silence is not an option and we cannot sit this one out," she said. "We all have to vote like our lives and the world depend on it -- because they do."

"The only way to be certain of our future is to make it ourselves," she concluded, cleverly connecting it to her song title.

But it's also a passionate statement from the upcoming generation who are the future of this nation. The decisions made today will affect Eilish and all teenagers for decades to come, so it was great seeing her urging them to get out and make sure their voices are heard.

You can hear Elish's voice performing "My Future" publicly for the first time -- accompanied as always by her brother Finneas -- in the video below: