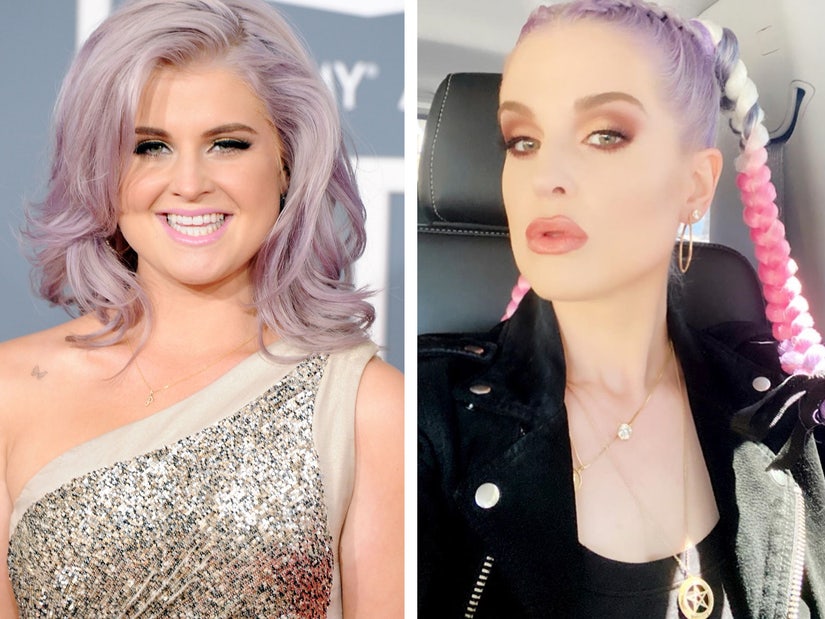 "I will never ever ever lie about it ever. It is the best thing I have ever done."

Kelly Osbourne got candid about her 85-pound weight loss.

During the "Hollywood Raw with Dax Holt and Adam Glyn" podcast, the former reality star revealed she had a procedure two years ago that helped her dramatically transform her life.

Another procedure that gave her a new look had to deal with her temporomandibular joint dysfunction, which affects the joints in the jaw.

"I had really bad TMJ," she confessed, "One of the things they did to stop it was they gave me injections in my jaw. It kinda made my jaw look skinnier. That's when people started to notice that I had really lost weight because it changed the shape of everything."

"I found out it’s called buccal fat. It changed everything on my face! How the f--k did I not know about this sooner?" she asked with a laugh.

The daughter of Ozzy Osbourne also said she has not had plastic surgery.

"I've never f--ked with my face. I'm too scared," she said. "My t-ts are saggy, and I want to get them fixed, but I'm scared of the surgery. All my friends I've helped recover from it --  it looks so painful and they can't move their arms. I'm like nah, I'm good."