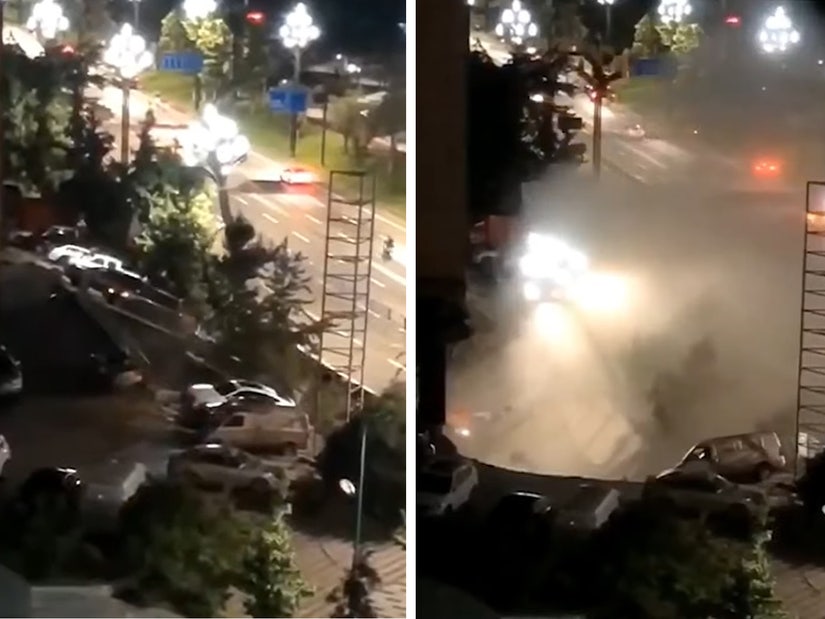 The area has been hit with devastating floods recently.

A gigantic sinkhole swallowed 21 cars in southern China on Wednesday.

The terrifying moment was captured on video as a massive chunk of a parking lot outside a shopping mall in Yibin, Sichuan collapsed during the night.

No casualties were reported and the cause of the incident is still unknown, although the territory has been hit by torrential rainfall since Monday, per On Demand News.

The footage, released by provincial TV station SCTV, shows automobiles, trees and street lights being sucked into the sinkhole.

A rescue team found no victims and the area around the sinkhole was approved as safe for use, according to CCTV.

Other videos show the hole in daylight, filled with water and upended cars. Cranes were captured attempting to lift the cars out.

The news source said precautions were being put in place to prevent other sinkholes from happening.

Meanwhile, 100,000 people have been evacuated in Sichuan due to the flooding, with estimates of $25 billion worth of flood damage throughout China, according to NPR.