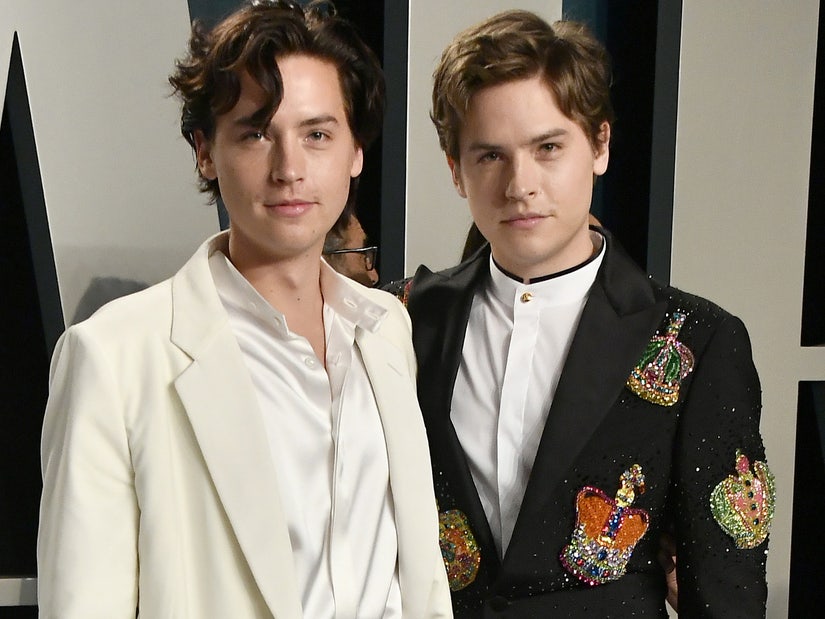 Fame certainly runs in these families!

While some of these celeb sibs have followed similar paths in acting, music or modeling, others have had differing interests, venturing into a variety of entertainment industry occupations.

No matter what they chose, it's clearly led to very successful careers!

Check out 23 notable celebrity siblings below!

Josephine and Katherine Langford, 22 and 24 respectively, have both become super successful actresses in their own right. While older sister Katherine was the first to land a major role, taking the lead in "13 Reasons Why," it was actually Josephine who decided to pursue acting first. She has since gone on to star in the "After" franchise.

Mary-Kate and Ashley Olsen, 34, grew up in the spotlight, starting their careers as infants on "Full House." Their younger sister Elizabeth, 31, got into acting a little later in life and is most notable for her role as the Scarlet Witch in Marvel movies. 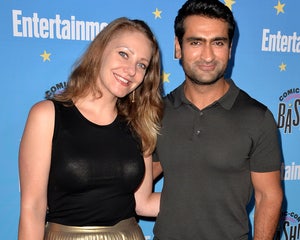 Celebrities With Podcasts You Can Listen to Right Now

Miley, 28, began her career as an actress and singer on "Hannah Montana" when she was just a tween. Her younger sister Noah, 20, made multiple guest appearances on the show as a little girl and now has a successful music career. The duo also share older half siblings Brandi and Trace.

Brothers Chris, Liam, and Luke Hemsworth all started their careers on Australian soap opera "Neighbours." Liam and Chris moved on to the big screen with starring roles in "The Hunger Games" and the Avengers franchise, while Luke can currently be seen on HBO hit "Westworld."

Dakota, 26, and Elle, 22, have been acting since childhood. Dakota landed her breakout role in "I Am Sam" and has gone on to act in numerous projects, currently starring on TNT series "The Alienist." Elle has also worked on multiple films, recently including "Maleficent" and "Teen Spirit." The sisters will soon both appear in "The Nightingale."

Ben and Casey Affleck are just three years apart but have each carved out their own space in the entertainment industry. But that doesn't stop them from working together! Casey has appeared in Ben's films including "Gone Baby Gone," "Chasing Amy" and "Good Will Hunting." Both bros have even nabbed Oscars!

Sisters Zooey and Emily Deschanel, 40 and 43, have become TV darlings, which makes sense as their father was a cinematographer and their mom was an actress! Zooey starred on "New Girl" for the show’s entire seven season run while Emily starred on all 12 seasons of "Bones."

Owen and Luke Wilson have both become famous for their comedic acting chops, appearing in numerous raunchy comedies like Owen's "Wedding Crashers" and Luke's "Old School." They've also collaborated on several films including "The Royal Tenenbaums."

Jake and Maggie got their start on screen as tweens, which isn't a surprise considering their family's involvement in the entertainment industry. Both Jake and Maggie have earned Oscar nominations and have also worked together on films like "A Dangerous Woman," "Homegrown" and "Donnie Darko."

TikTok stars Charli and Dixie D'Amelio are both relatively new to the spotlight! Charli, 16, quickly rose to fame on the app in 2019 for her dancing videos and Dixie, 19, followed in her footsteps. With the largest following ever on TikTok, Charli has branched out into YouTube, her own merchandise and voice acting. Meanwhile, Dixie is trying out acting and just dropped her first single "Be Happy." 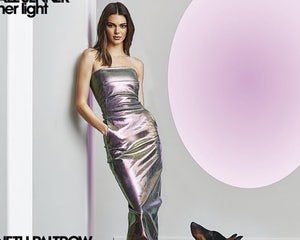 Jessica and Ashlee Simpson, who are four years apart, have both found success in the music industry. After Jessica rose to fame as a bubblegum pop star, Ashlee followed in her footsteps with a more alternative vibe. Both sisters went on to have reality shows and have branched out into other ventures, including fashion.

The Kardashians have become one of the most famous families in the world. The sisters - Kim, Khloe and Kourtney - rose to fame on their show "Keeping Up With the Kardashians" and have launched numerous reality show spinoffs, beauty brands and clothing lines. The family also includes their brother Robert and half sisters Kendall and Kylie.

Twin brothers Cole and Dylan Sprouse, 28, started their acting career early! Cole appeared as Ross' son on "Friends," and later, the brothers got their break starring on Disney Channel's "Suite Life of Zack & Cody." The show launched a spinoff, "Suite Life on Deck" before the brothers started acting in their own projects. Cole currently stars on "Riverdale" and Dylan is set to appear in the highly anticipated "After We Collided."

Cara Delevingne, 28, and her sister Poppy, 34, have both had successful modeling and acting careers. While Cara has mostly been focused on acting as of late, landing roles in "Suicide Squad" and "Carnival Row," Poppy has branched out into fashion design. The duo also have an older sister named Chloe.

Nikki and Brie Bella, AKA the Bella Twins, have become some of the most famous faces in the WWE. The wrestling tag team began their professional career in 2007, gaining so much popularity that they eventually got their own reality show, "Total Divas." The duo announced their retirement from wrestling in 2019 but were recently inducted into the 2020 WWE Hall of Fame class. 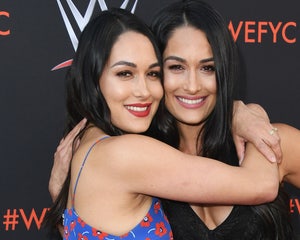 Despite being the youngest sisters in the Kardashian fam, Kendall, 24, and Kylie, 23, have made major waves of their own. While Kendall has had an incredibly successful modeling career, Kylie has made a name for herself in the business world. Kylie recently sold her beauty brand for $600 million and was named the youngest self-made billionaire.

With famous parents like Will and Jada Pinkett Smith, Jaden and Willow Smith were destined for big things. The duo have landed modeling gigs with major designers like Louis Vuitton and Chanel but are currently focused on their music careers, each garnering hundreds of millions of streams on Spotify.

Kate Mara, 37, and her sister Rooney, 35, have both found fame in the acting world. While Kate kicked off her career with "Random Hearts" in 1999, Rooney wasn't too far behind in her acting pursuits. Kate has notably starred in "Fantastic Four" while Rooney took the lead in "The Girl With The Dragon Tattoo."

Lily Allen, 35, and her brother Alfie, 33, have branched out into different parts of the entertainment industry. While Lily found success in music, Alfie is involved in acting. Lily once wrote a song about her brother, aptly titled "Alfie," and asked him to stop wasting his life smoking weed. Alfie later landed a role on "Game of Thrones."

Gigi Hadid, 25, and her younger sister Bella, 23, have become some of the most sought after models in the world. As a child, Gigi landed modeling gigs with companies like Guess, and after graduating from high school, moved to New York City to pursue modeling full time. Bella soon followed in Gigi's footsteps and with some hard work, the sisters became the faces of some impressive fashion and beauty campaigns. Their younger brother Anwar is also a model.

Tennis superstars Venus and Serena Williams have made a name for themselves on and off the court. Serena has taken home 23 Grand Slam titles, the most ever, and Venus is one of her most fierce competitors. The duo have also taken home several Olympic medals and have been the face of many brand campaigns.

Nick, Joe and Kevin Jonas, AKA the Jonas Brothers, have become some of the most famous musical siblings in the world. Nick kicked off his career on Broadway as a little boy, eventually signing a record deal. He took his brothers along for the ride and they formed a band, becoming Disney heartthrobs. After several years of success, the brothers took a break but came back better than ever in 2019. The bros also have a younger brother named Frankie, who recently got a degree in music production.

Kate and Oliver Hudson both followed in their parent's footsteps to have successful acting careers. The brother-sister duo also recently launched a podcast titled "Sibling Revelry."