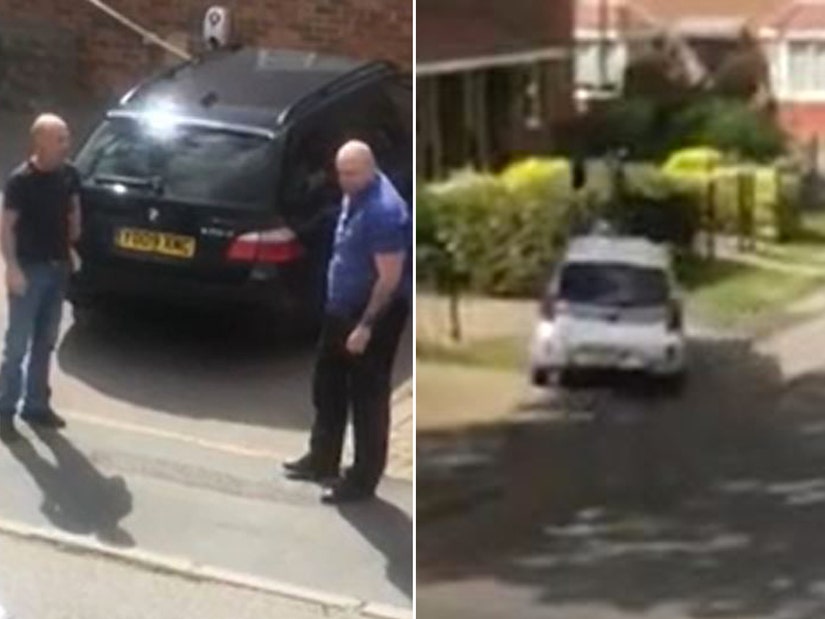 The argument went from mild verbal altercation to alleged attempted murder in a matter of seconds.

Police in the UK have arrested a man for attempted murder — and the horrifying incident was all captured on video.

The jaw-dropping clip shot in Burgess Hill in Sussex shows two men in what appears to be a minor verbal altercation, before one calmly gets into his car and mows the other down.

The footage was captured on Monday by a witness from an upstairs window, who appears to have overheard the men arguing. 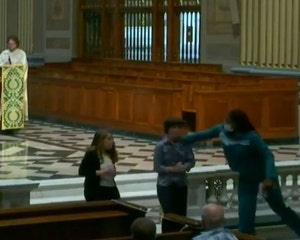 They exchange words, but nothing about the suspect's body language hints at the appalling attack that is about to occur.

Causally strolling away from the victim, he appears to gesture "one moment", before getting into his car and carefully reversing around the corner.

Don't fight just run over him from r/PublicFreakout

The driver then throws the car into gear and speeds directly at the oblivious victim, who is walking away with his back turned.

The car mounts the sidewalk and ploughs into the victim, sending him flipping through the air, over a garden fence and into a bush.

The driver then crashes into a signpost, but he is not done yet; he then exits the vehicle, walks up to the man tangled in the bush and proceeds to punch him in the face.

He then gets back into his mangled car and drives off.

Pictures immediately after the incident show the victim, standing in the bush, bloodied and without pants, but miraculously alive.

Here the picturer of the bloke after he was hit by the car pic.twitter.com/EfXqb2POfc

According to Sussex police, a man was later arrested on suspicion of attempted murder.

They said the victim, in his 40s, suffered multiple serious injuries and has been taken to hospital for treatment, and was "left, understandably, shaken by the incident." 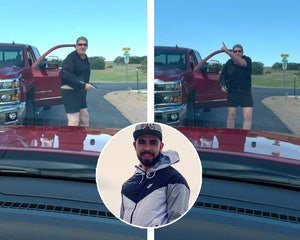