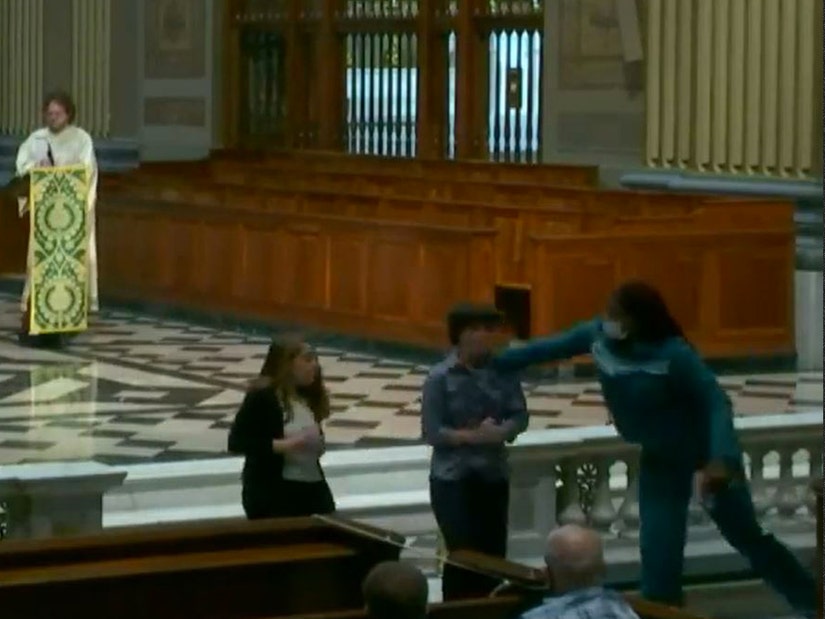 Neither reader — nor any of the priests — were wearing masks, but the attacker was.

Police in Philadelphia are investigating after a church reader was punched in the face — twice — during a live-streamed mass.

The incident, which was caught on Facebook Live, showed the female lector descending from the altar, before she is attacked by another female churchgoer.

According to NBC10, the attack took place during 11 AM Sunday Mass at Cathedral Basilica of Saints Peter & Paul. 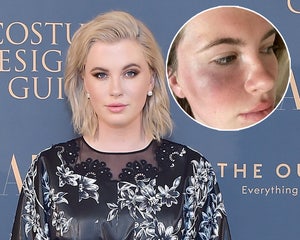 It occurred 32 minutes into this broadcast.

The woman had just delivered a first reading from the Book of Isaiah, and was walking down the steps with a fellow reader. A female member of the congregation can be seen waiting innocuously by the pews; but she suddenly lashes out with her fist in an unprovoked attack, pummeling her twice in the face.

Audible gasps of witnesses can be heard above the playing organ; one of the shocked priests carrying incense stops in his tracks after watching the whole thing happen, before continuing on with the ceremony.

A motive for the attack is unclear. Neither reader — nor any of the priests — were wearing masks, but the attacker was.

The victim was checked but did not require medical attention. 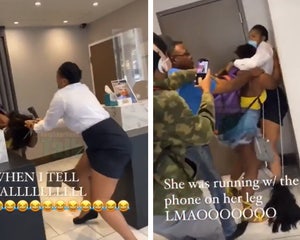 "We immediately followed up on it off-camera and it's important for us to do that because people are at home and continuing to participate in Mass," Rev. Dennis Gill of the Cathedral Basilica told Action News 6 ABC.

"Nonetheless, it was very upsetting. Parishioners attending in person were shocked, as were so many that watch the 11 a.m. Mass live-streaming online."

Police told the station the woman, who has been seen at the church before but is not a parishioner — is not in custody.

"Such behavior is unacceptable at all times, especially within the confines of a church building and during the celebration of the Holy Mass. I was saddened to learn of this incident and regret that it took place," he said.

He called for prayers for everyone involved — including the attacker — adding: "Violence has no place in our world and every life is a precious gift from God." 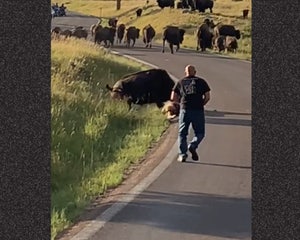