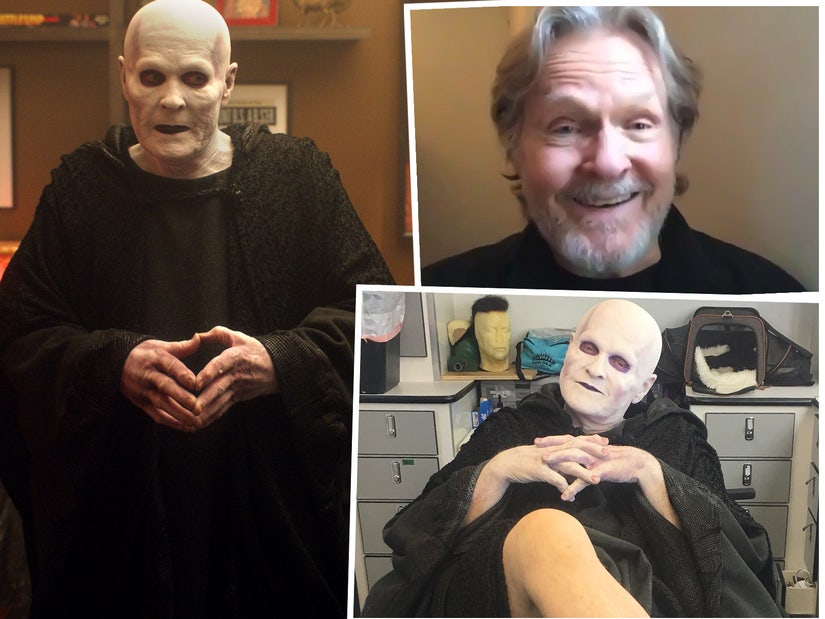 The actor shares how the role allowed him to break free of his resume playing "grizzly, evil doers" -- and spills on his brush with the Secret Service.

He may play Death in the "Bill & Ted" movies, but for star William Sadler, stepping into the Reaper's robes is anything but grim.

29 years after first playing the Grim Reaper in "Bill & Ted's Bogus Journey," Sadler donned the white face-paint yet again to reprise his role in the new "Bill & Ted Face the Music" -- adding a new chapter to his own excellent adventure in the series. 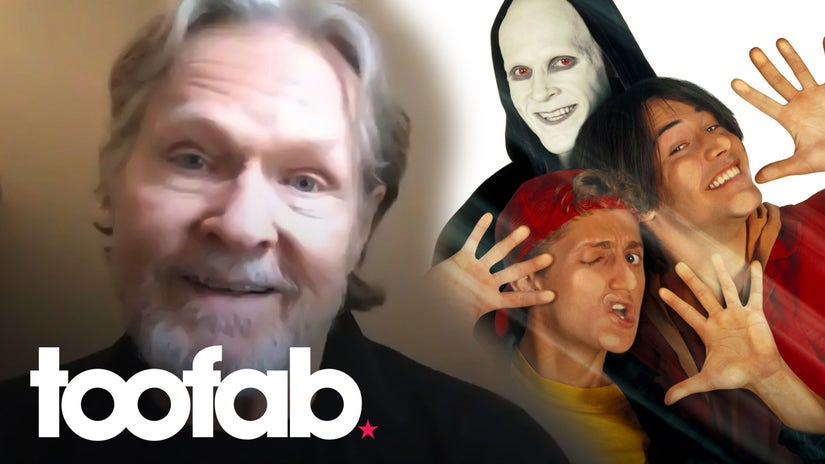 TooFab caught up with Sadler ahead of the new movie's release on VOD this week, where he looked back at his unlikely and unexpected casting and opened up about returning to the part so many years later.

According to Sadler, who was 41 when the first film dropped, the casting department was initially looking for someone older for the role. "He's like 1,000 years old, you know, or 10,000 years old and I know they were thinking about people like Christopher Lee," explained the actor.

"But [Death] is also funny. So then I believe they were talking to Christopher Loyd, who could play that crazy guy," Sadler continued. "He would've been great in it too!"

Sadler put himself on tape for the role, did a Czechoslovakian accent for the audition and didn't hear anything for three weeks, taking that as a sign he didn't land the part. The casting director, however, eventually called -- and advised him to alter his appearance for the next round.

"She said, 'I need you to come back. Do the audition again, but you have to go to a Halloween store and get some gray and put it in your hair and black out your teeth or something because they think you're too young and too pretty,'" he recalled being told.

Instead of doing it himself, Sadler called up Scott H. Eddo -- the makeup artist on "Die Hard 2," which he had just filmed -- and had him really make him over.

"The morning of the audition I went to his place in Marina del Rey and he made me look like a believable 70-year-old guy," said Sadler, who turned 70 this year. "I actually look better now than he made me, and I got in my car and drove from his house to the audition. And I did the audition again."

He landed the part and wound up rocking totally different, skeletal makeup in the film itself.

"Bill & Ted's Bogus Journey" wound up pulling in less than half of what the original made, though a number of high-profile critics gave the movie solid reviews -- and praised Sadler's scene-stealing work as Death in particular. In the years since, the movie has become a cult classic, with fans celebrating the more surreal direction the sequel explored.

"I just had a ball doing such a big, full character," said Sadler, who explained the role gave him the "chance to be funny for the first time."

"My career in Hollywood, up to that point, had been one grizzly, evil doer after another," he said. "I'm not complaining ... it pays the bills ... but funny has always been close to my heart. I've always enjoyed playing in that sandbox."

Fun Fact: Sadler also has a cameo in the film out of costume, with his real-life wife and daughter joining him for a brief appearance as a British family during the movie's climax. His little girl now has kids of her own -- kids who have yet to see their mom's cameo.

In the 29 years following "Bogus Journey," Sadler says that when it comes to fans, "everybody wants to have a brush with Death." While he had some anonymity when the movie was first released, thanks to the makeup and the movie's low box-office, the love has grown steadily over time.

"Cops would occasionally recognize me," he said, "I guess cause they’re really good with faces."

Between his work as Death and the main antagonist in "Die Hard 2," Sadler found he'd often get stopped at airports by security guards who couldn't quite place how they knew him, but knew they should be concerned.

"That happened with the Secret Service guys. I went to Clinton's second inauguration," he added. "My wife and I were dancing ... we're out on the dance floor, in a tuxedo ... and all of a sudden, I'm surrounded my Secret Service guys and one of them came over to me and said, 'Mr. Sadler?' I said, 'Yes?' and they went, 'Ah, have a good evening.'

"Again, they knew they knew the face, they didn't know where they knew it from, but it wasn't good," he explained. "And Clinton was about to arrive like in 15 minutes and they were like, 'No, it's alright. He's an actor.'" 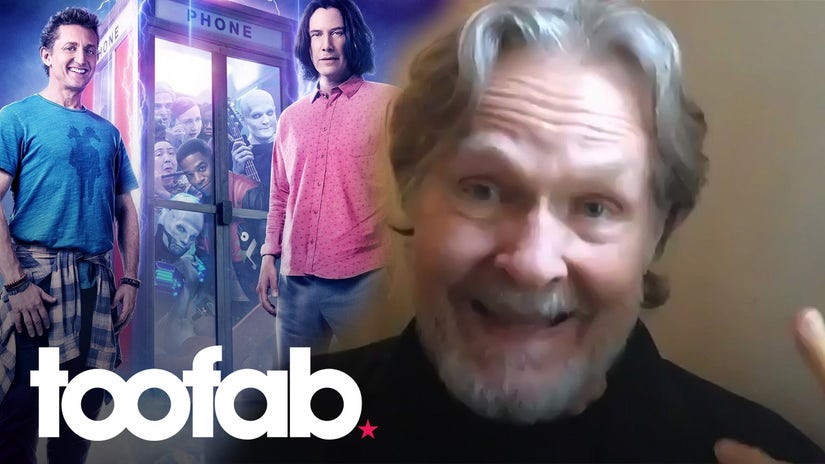 Flash forward 20-something years and Sadler received a call from Ed Solomon, writer on all three "Bill & Ted" movies, asking if he'd be down to return to play the Reaper.

"He sort of described what he thought, where he was thinking of taking the character and I was thrilled," he said. "I watched the first two to get ready to do the third one. I wanted to remind myself what I had had done and the accent and gestures and so on. And I was really surprised at how available ... how available that character was to me."

"It was like I kept him in a box or something for 30 years. He was waiting to come out, and he finally popped out," he added, "Never missed a beat. I loved playing him the first time around and it was just as much fun the second time."

The only difference 29 years later: "The robes are heavier. As you get older the robes get heavier."

"Bill & Ted Face the Music" will be released in select theaters and simultaneously on demand August 28.