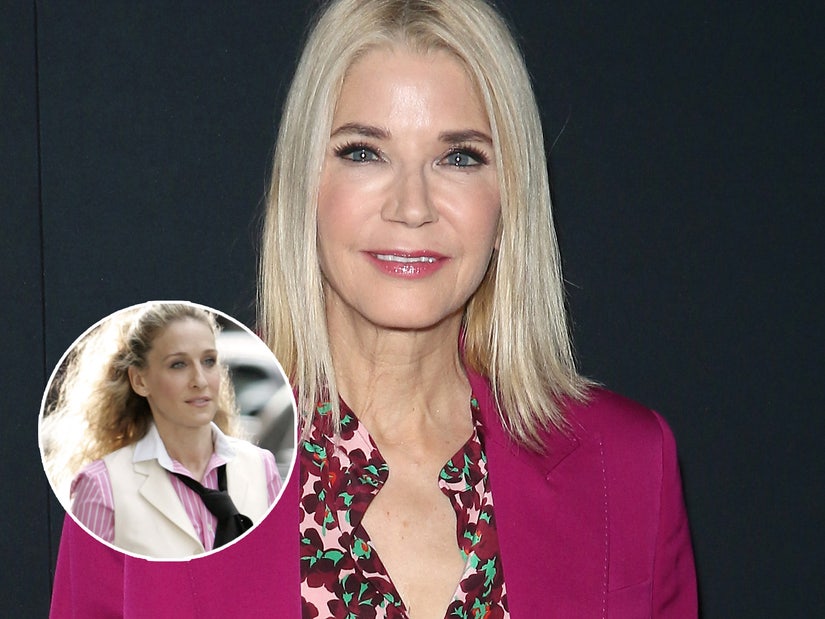 "I kind of went out to dinner with him, it was romantic, [but] all I could think was, 'My mother's gonna kill me!'"

"Sex and the City" writer Candace Bushnell says she once went on a date with one of the show's leading men.

While appearing on a recent episode of "The Bradshaw Boys" podcast, the author, who wrote the 1997 book the HBO series and two subsequent films were based on, revealed she went on a romantic outing with John Corbett (who famously played Aidan Shaw).

Although "Sex and the City" ended in 2004 -- with the films being released in 2008 and 2010 -- fans have continued to debate who was better for Carrie (Sarah Jessica Parker): Aidan or John James Preston a.k.a Mr. Big (Chris Noth). While Carrie ended up marrying Mr. Big, Bushnell, whose column for The New York Observer inspired the "SATC" book, said there are "a variety of reasons" why she's not Team Aidan and won't ever be.

"I'm never gonna be Team Aidan," said, Bushnell, 61, on the podcast. "I can't for a variety of reasons but one of the reasons is that my mother hated Aidan. She would watch and she was like, 'I hate that Aidan. He's so wrong for her!' My mother hardly ever watched TV."

"I did go to dinner with John Corbett," she revealed. "I kind of went out to dinner with him, it was romantic, [but] all I could think was, 'My mother's gonna kill me!'"

"Then he goes back to L.A. and then like two days later it's like, 'Oh, he's dating Bo Derek.' You cannot compete with Bo Derek, forget it," Bushnell added of the actress, with whom Corbett has been in a relationship with since 2002.

Also on "The Bradshaw Boys'" podcast, Bushnell confessed she was asked by "Sex and the City" series creator Darren Star if she would be interested in playing Big's wife, Natasha.

"Darren asked me, 'Do you wanna play [Big's wife] Natasha?' And I was like, 'No,'" Bushnell said of the role that was ultimately played by Bridget Moynahan. "They had an actress, she couldn't do it, he's like, 'Come down here and play Natasha.' I was like, 'I'm busy, I cannot come to the set.'"