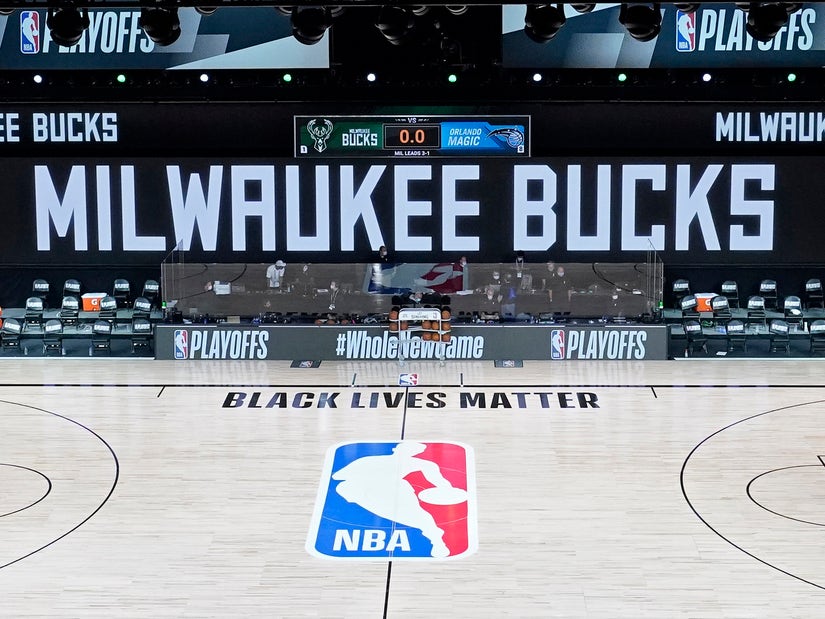 The Milwaukee Bucks were the first NBA team to go on strike for Wednesday's playoff game and now the entire season is in the air -- meanwhile, WNBA and MLB teams quickly followed suit.

The Milwaukee Bucks started a trend on Wednesday that's already having a huge impact on the world of professional sports in the short term, and is clearly hoping to have a larger national impact in the long term.

"Inside the NBA" co-host Kenny Smith actually followed suit, walking out of the TNT show while it was broadcasting live and on the air. Charles Barkley talked about how "exhausting" it is to be Black in America while Hollywood at large applauded the bold statement being made. 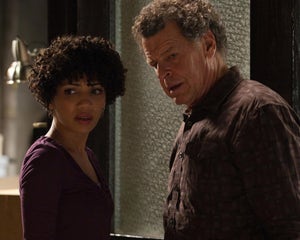 "I think the biggest thing now, as a Black man, as a former player, I think it's best for me to support the players and just not be here tonight," said Smith, removing his microphone and leaving the set in solidarity with protesting players.

"If you look at the last, just in the last couple months going back to Ahmaud Arbery, Mr. Floyd, the young lady screaming at the black guy in New York, now you've got Mr. Blake who just got shot, it is something all the time," Barkley said on CNN after throwing his support behind the Bucks' decision.

"it is exhausting being Black because there is a double standard when you are Black because I have to comment on everything that happens in the Black community," he continued. "You get tired of something all the time."

"We just can’t play basketball and live normal lives. There is something always racially happening," Barkley said later in the interview. "When you are a celebrity you have to speak on it. It is a double standard. That’s just how it is. But it does get to be exhausting all the time and you see the same thing keep happening over and over."

There is always power in collective and peaceful protest, and in the case of professional sports, we're talking about multi-million dollar franchises. Now, the entire NBA season is up in the air, which would be a massive blow to major advertisers and media conglomerates.

Perhaps money will talk in a way that protests in the streets have not. That seems to be the sentiment and hope of many of the league's players, the majority of whom are Black, in the wake of yet another Black shooting at the hands of a police officer. 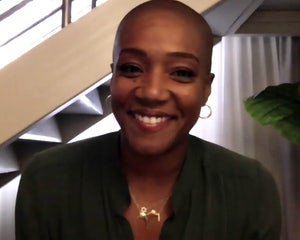 Tiffany Haddish Has a Solution for Systemic Racism...And It Has to Do With Sex

Jacob Blake was shot in the back seven times while returning to his vehicle unarmed in Kenosha, Wisconsin, spurring a new wave of Black Lives Matter protests. Since the shooting, his criminal record has been brought up, discussions of existing warrants, the possibility of a weapon in the car, but the bottom line for many is that he was unarmed with his back to the officers when he was shot.

No matter what else might have been going on with Blake, there was another way to handle the situation in that moment that did not involve shooting him seven times in the back in front of his children.

The pro sports protest started after Milwaukee's NBA team refused to take the court in their playoff match-up against the Orlando Magic on Wednesday. Before long, the entire Wednesday NBA lineup was scrapped and the players union setup a meet to see if they'd sit out the rest of the season in solidarity and protest. No decision was made Wednesday night.

The WNBA also suspended it's Wednesday games, with members of the Washington Mystics wearing t-shirts with seven "bullet hole" graphics on the back to represent how many times Blake was shot.

"We're not just basketball players. We're so much more than that."

Ariel Atkins with a powerful statement on the unified decision to not play tonight. #BlackLivesMatter pic.twitter.com/Eg96KMqsFh

The Seattle Mariners were among the first MLB teams who stood in solidarity against providing entertainment to America while Black lives are forfeit on the streets at the hands of law enforcement, postponing their matchup with the San Diego Padres. The Mariners have the highest percentage of Black players in the MLB.

LIke the Bucks, the Milwaukee Brewers also postponed their game in Milwaukee against the Cincinatti Reds. Milwaukee is approximately 40 miles from Kenosha. The Los Angeles Dodgers and San Francisco Giants followed suit, postponing their game as well.

Former president Barack Obama was among the notable figures praising these player for "setting an example," as well as LA Clippers head coach Doc Rivers scathing condemnation of the GOP for stoking fear amid ongoing unrest.

"It’s going to take all our institutions to stand up for our values," he wrote. You can check out his reaction to pro sports hanging in the balance now as part of the ongoing BLM movement, as well as other figures from Hollywood, the media and beyond below:

I commend the players on the @Bucks for standing up for what they believe in, coaches like @DocRivers, and the @NBA and @WNBA for setting an example. It’s going to take all our institutions to stand up for our values. pic.twitter.com/rUGETgAt7P

SO proud of the NBA players. pic.twitter.com/k62nNzBOUO

Some things are bigger than basketball. The stand taken today by the players and org shows that we’re fed up. Enough is enough. Change needs to happen. I’m incredibly proud of our guys and we stand 100% behind our players ready to assist and bring about real change

If you want to see what leadership looks like tonight, watch this - not the RNC.
Thank you @Bucks https://t.co/9gqLXV8BvT

Four years ago today @Kaepernick7 knelt for the first time!

Proud of our players! @Nba

A brave & impactful move by ⁦⁦@naomiosaka⁩, in support of the protest movement moving through the sports world.

She was to play in the semis tomorrow.

Athletes using platforms for good means so much.

I will remember tonight, like I remember that Summer night in Mexico City in 1968. This is a landmark moment for the NBA. I’m proud of these young men. @NBA pic.twitter.com/w6DdDJ0aC0

We should protect these young men from the inevitable backlash/scrutiny they are ablut to receive! ✊🏿 This is courage. Stay Strong! https://t.co/twhav60ou6

I hope the sponsors that claim to be “allies” put their power into play in support of the NBA. This move may not seem directly correlated to immediate action but it’s an absolutely important statement. #NBAboycott

Out of respect for Jacob Blake & his family we’ll postpone our @projectrock @underarmour PR3 launch today. I’ll keep you posted on our relaunch date.
Unbelievable we’re here again.
Shot 7xs. In the back.
In front of his kids.
There’s no progress without humanity.

This protest by the players for the @Bucks is so impressive. Such a powerful statement... 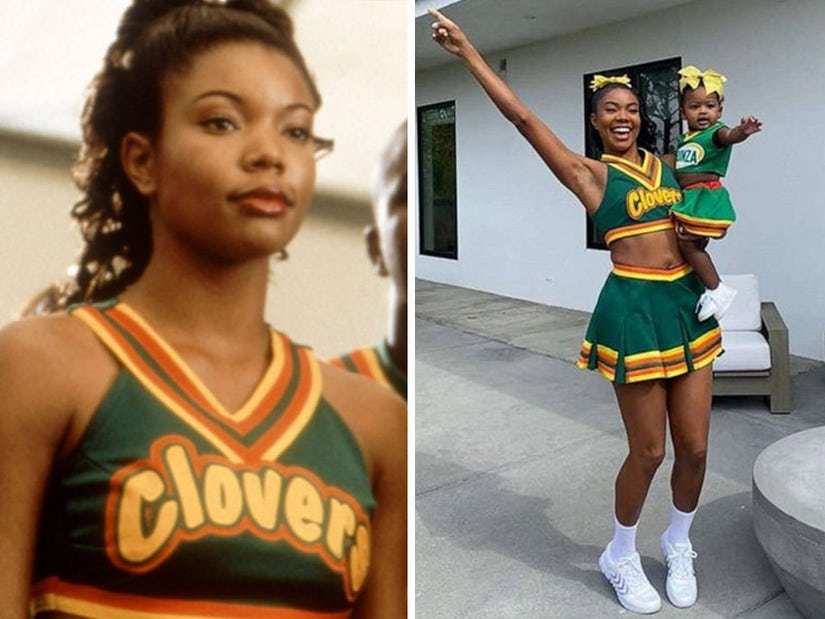