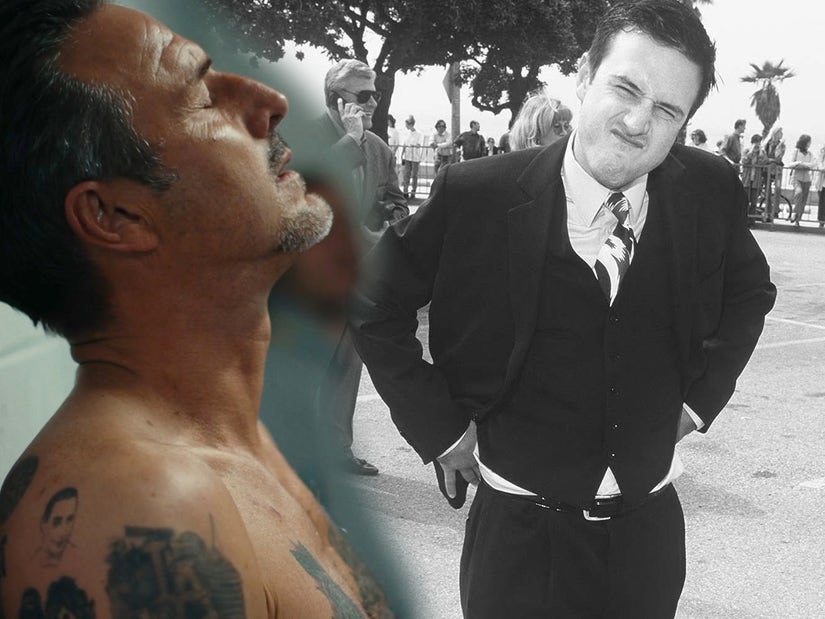 The 48-year-old actor opens up about his 30-year rollercoaster ride through Hollywood.

In the new documentary "You Cannot Kill David Arquette," the actor offers up an extremely candid look at his life, while reflecting on the career that got away from him.

At one point, wife Christina McLarty -- a producer on the film -- reminds viewers Arquette once covered Vanity Fair in the '90s alongside Leonardo DiCaprio, Matthew McConaughey, Will Smith and Benicio Del Toro, only to have his career take a left turn in comparison.

While she puts some of the blame for his "goofball" image on playing Dewey in "Scream," much of the documentary revolves around his role in "Ready to Rumble" and the film's much-reviled publicity stunt in which Arquette became the real-life WCW World Champion. His recent stint as a wrestler, initially met with skepticism and cynicism, came out of a desire to prove his love for the business he disrespected in 2000.

Though his IMDB page may not be filled to the brim with award-winning films, Arquette told TooFab his resume speaks more to his work ethic, calling any low points learning experiences. 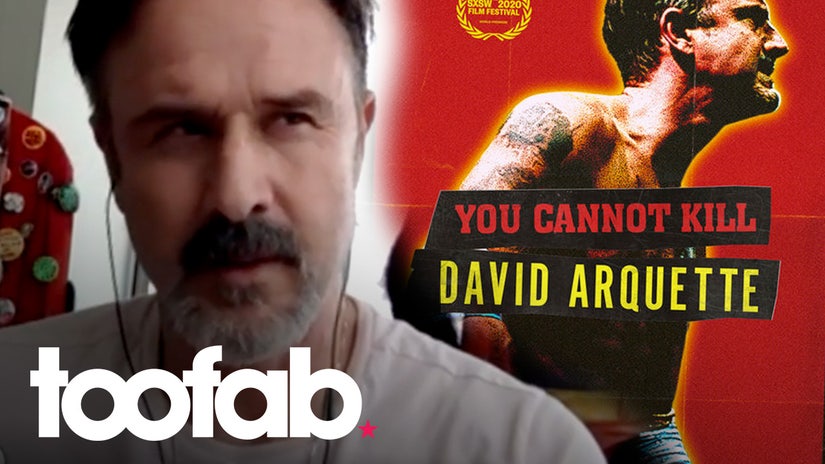 "I think mistakes in life are meant to be learned from. So, I wouldn't really change anything," he said, looking back. "I know there's a specific way to build a career that's a lot more calculated. And if you want to do really quality work on a certain level, you can do that, you just might not work for a couple years, which is really hard for me to do."

"I grew up with a father who was a working actor for 45 years and really did everything in his power to act and feed the family," he continued. "So, we always had a mentality of ... working just to continue working is a big aspect to pay your bills and support your family."

Arquette compared working in Hollywood to being on a rollercoaster filled with ups and downs -- saying, "it's how you kind of get through those [lows] is what's important." Among the biggest lows: getting fired off a project and replaced with a member of "The Breakfast Club."

"When you've been doing it for 30 years like me, you've kind of encountered almost anything," he explained. "I got replaced day of on a set by Anthony Michael Hall. I was in a scene with him, I left the set and then he got recast as the lead and I got fired."

In 2013, there were reports Arquette was axed from the independent movie "Something About Her" after showing up drunk. He denied any drunk antics at the time, telling Howard Stern the director simply "wasn't happy" with David's performance. Whatever happened there, Hall stepped in and took over the part.

"I mean there's things you go through are just insane in this business, but I don't know if I'd really change anything," he continued. "I really want to spend more of my time on projects that I really love the people I'm working with, I love the project and be a little more nurturing about stuff." 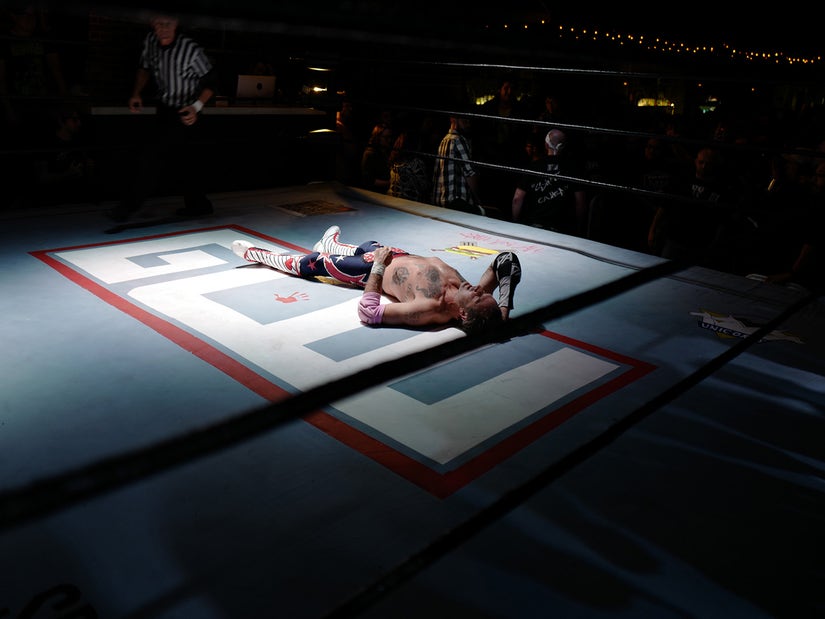 While "You Cannot Kill David Arquette" is clearly a passion project, he had to give himself some distance from it when it came time for editing. Revealing there was "a lot" he had second thoughts about leaving into the film, Arquette said McLarty "kicked me out of the editing room because I was too close, it was too personal."

He called that a "very smart" decision in the end, praising his wife for crafting something that was "really open and vulnerable."

Throughout the documentary, Arquette pushes himself to the limits to prove he's serious about wrestling -- putting his 48-year-old body through grueling workouts, a number of fights that not only left him bruised and a 2018 deathmatch that ended with him in the hospital.

Following a stunt with a tube light gone wrong, the actor's throat was slashed and he was rushed to the ER, with the help of the late Luke Perry. After the accident, David's wife said she was seriously worried he could die if he kept going down the road he was on.

Her admission and the deathmatch itself are both hard for Arquette to watch back in the documentary.

"I had to stop doing that. I had to stop doing things that were abusive to myself," he continued, getting introspective. "I had to start kind of even going further and you have to nurture your heart and who you are. Like, I grew up and I wasn't able to read very well because I have dyslexia so I'm not a very good auditioner but I'd always get very nervous in front of class and this one teacher would always call me up in front of class and it had such a profound impact on me that whenever I was made to feel stupid I'd get really angry."

"And was just because I'd been telling myself for years that I'm dumb or whatever it is, and it's just not true," he added. "So, once you stop telling yourself the lies ... you start having a better dialogue with yourself and start being able to not go down these really dark kind of sad thought tornados that just don't lead to anything positive."

"You Cannot Kill David Arquette" is in drive-ins and on VOD now. 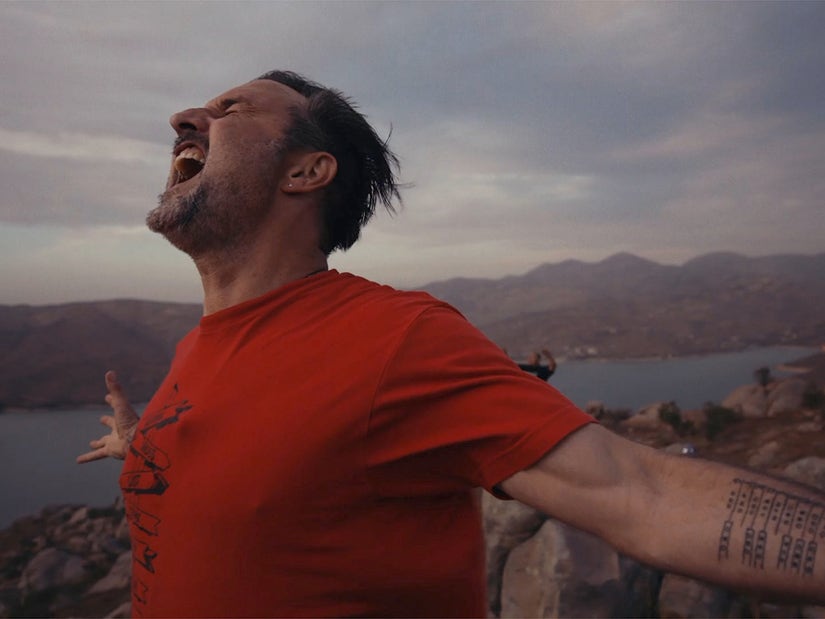