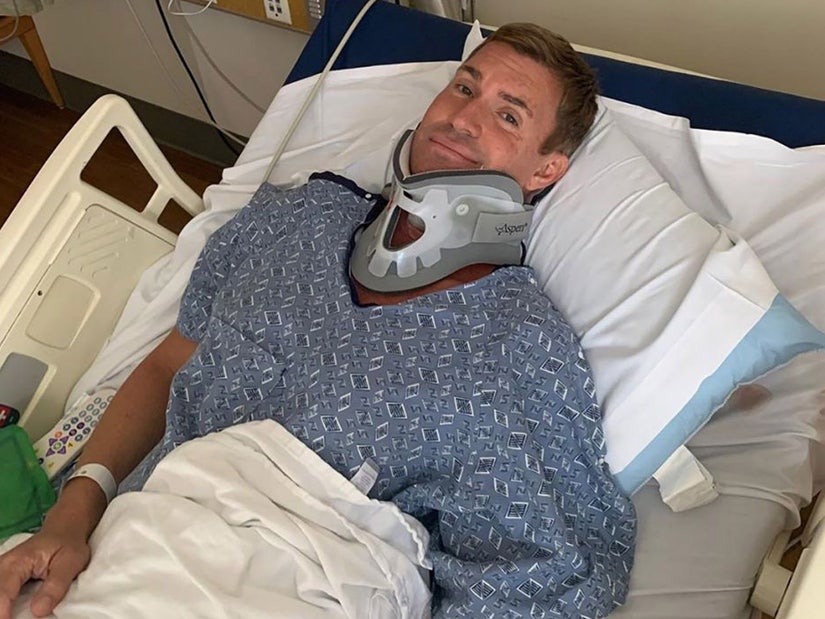 Lewis shared a meme suggesting his ex would pull the plug on him if given the chance.

Jeff Lewis is in the hospital, following neck surgery earlier this week.

According to the "Flipping Out" star, doctors diagnosed him with Cervical Myelopathy, a degenerative spinal cord condition. He explained on his radio show, "Jeff Lewis Live," that a disc in his neck was "pushing against" his spinal cord, causing nerve damage.

"If it goes untreated it can cause paralyzation," he said doctors told him, so he went under the knife immediately. His surgery went down on Wednesday, August 26.

While he's still in recovery, Lewis clearly has no problem joking about his situation -- going so far as to share a meme poking fun at his often-contentious relationship with ex Gage Edward, with whom he shares custody of daughter Monroe.

Lewis posted a Photoshopped image to Instagram showing him laid up in his hospital bed, with Gage by his side exclaiming, "It's Monroe Edwards [sic] now, bitch!" while pulling the plug on all his machines.

Earlier this year, Gage filed a lawsuit requesting Monroe's legal name to be changed from "Monroe Christine Lewis" to "Monroe Christine Edward Lewis." At the time, Lewis noted that Edward was actually Gage's middle name, and not even his own surname. Edward had no comment.

Lewis also kept an upbeat attitude about the situation as he wondered how he'd be able to pull off his surgical scars going forward.

"Here's my biggest concern: I'm going to have a two-inch incision in the front of my neck, which is probably going to scar,," he said. "What am I going to do? Am I going to wear turtlenecks? Do I wear a mock turtle? I don't think I can pull off scarves."

Jeff's cohost Megan Weaver is actually the one who shared the photo above of Lewis in the hospital, along with the caption: "He made it! Thank god I still have a job. Successful surgery and recovering in hospital."

She also joked, "Thank you for all your DM's checking in. Put funeral plans on hold @heathermcdonald."