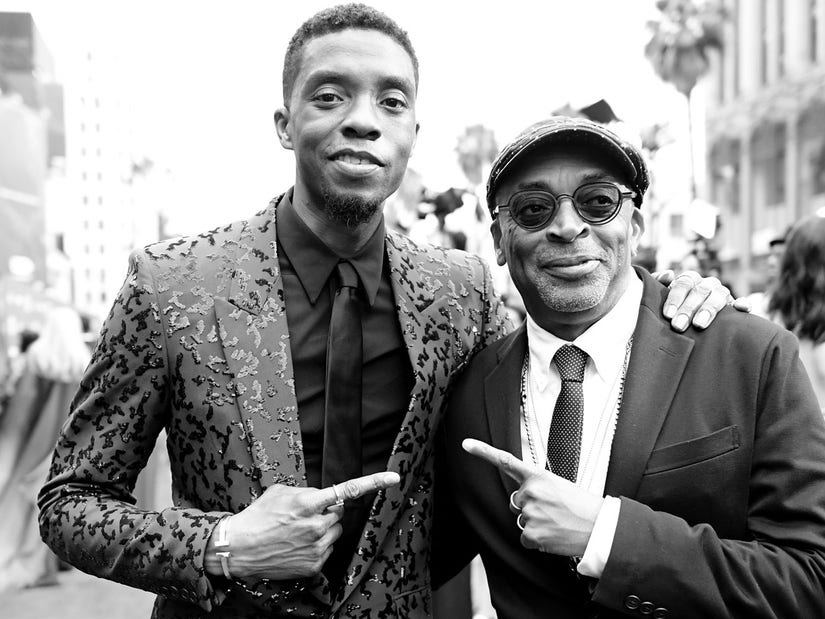 "He was there every single minute in the moment."

Spike Lee is reminiscing on his time working with Chadwick Boseman in the wake of the actor's death.

While hosting his annual Brooklyn ♥ MJ block party for Michael Jackson's birthday on Saturday, the Oscar winner recalled directing Boseman in the Netflix film "Da 5 Bloods," which was one of the late star's final projects.

Boseman, who starred as squad leader Stormin' Normal in Lee's Vietnam War flick, passed away on Friday at the age of 43 following a private four-year battle with colon cancer.

"We filmed 'Da 5 Bloods' in Thailand, and it was hot, jungles, mountains, and Chadwick was there with us all the way," began Lee, after dedicating Jackson's song "Gone Too Soon" to the late actor.  "I never, ever suspected that anything was wrong. No one knew he was going through treatment, chemotherapy."

"Chadwick, a trooper, never complained," Lee continued. "He was there every single minute in the moment. And his performance is a testament to what he put into that role, and all his roles."

"We miss you, Chadwick, we're going to celebrate your life," he added.

"That scene got me when we were shooting it. Watching that again this morning just tore me up," he said during Saturday's event.

The "BlacKkKlansman" director posted two other scenes from the film: One in which his character is seen forgiving Paul (Delroy Lindo), a Vietnam veteran, and another that featured Stormin' Norman and the group of vets putting their fists together in a circle of solidarity.

"I Forgive You. I Forgive You. God Is Love. Love Is God. I Know You Blood. I Died For You Blood" STORMIN' NORMAN," Lee captioned the first clip. "Malcolm And Martin. The Best Of Us," he wrote alongside the second video.

Lee went on to post several powerful stills of Boseman in "Da 5 Bloods."

The Oscar-winning director also shared a shot of himself alongside Boseman and other members of the cast.

On Friday evening, Boseman's death was confirmed via a statement on his social media pages.