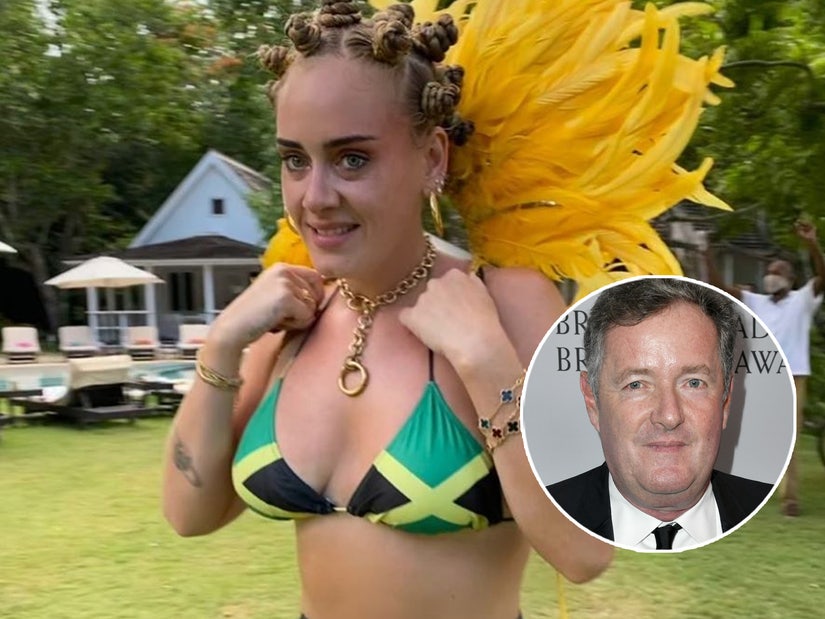 "Can you STOP appropriating other cultures. It's sick and racist," wrote a critic.

Adele has been accused of cultural appropriation after she wore a Jamaican flag bikini top and an African hairstyle.

Over the weekend, the singer posted a photo in honor of the Notting Hill Carnival, an annual event that celebrates Caribbean culture in the UK. In the pic, above, Adele, 32, paid tribute to the celebration, which went virtual this year due to the coronavirus pandemic, by wearing a bikini top that featured a Jamaican flag and Bantu top knots, a traditional African hairstyle. 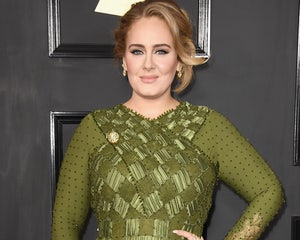 "Happy what would be Notting Hill Carnival my beloved London 🇬🇧🇯🇲." she captioned the post.

While many praised Adele for celebrating Caribbean culture with her outfit, others slammed the pop star and accused her of "normalizing" cultural appropriation.

"You took it far with the Bantu knots, when will you white girls learn to leave our shit alone??" a critic commented. "Just because you grew up In Tottenham does not make you entitled to appropriate our culture kmt"

"sigh* Can you STOP appropriating other cultures. It's sick and racist," a user added.

"This is unacceptable. Why are you normalisig [sic] cultural appropriation on such a massive platform?" another person wrote. "So dissapointed [sic] to see this, especially with everything that’s going on. I strongly advise you to educate yourself and check your white privilege. And to clarify what I'm referring to, it's the appropriation of a hairstyle which does not belong to white people. It is not yours to wear." 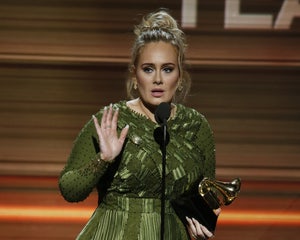 However, there were many fans who came to Adele's defense, including several Jamaicans who said they "love" to see their flag being honored and their culture celebrated.

"I love it. As an ACTUAL Jamaican from the ACTUAL Caribbean, I love it!" a person commented. "Its an appreciation of our culture. For everyone that has an issue with it, just know, we Caribbean people are cool with it. So y'all can calm down and leave her alone."

"Actually Jamaicans don't care 😂🇯🇲we love seeing our culture being celebrated," a fan added, while another wrote, "We actually love seeing our flag worn by any and everyone.. You angry non-Jamaicans need to chill."

Meanwhile, Piers Morgan weighed in on Twitter, comparing Adele to another pop star, Katy Perry, who has previously been accused of cultural appropriation in the past. It was unclear, however, why the British journalist had made the comparison.

"This is truly shocking... when did @Adele become @katyperry?" tweeted Morgan.

This is truly shocking... when did @Adele become @katyperry ? pic.twitter.com/cbgbP4Zwex