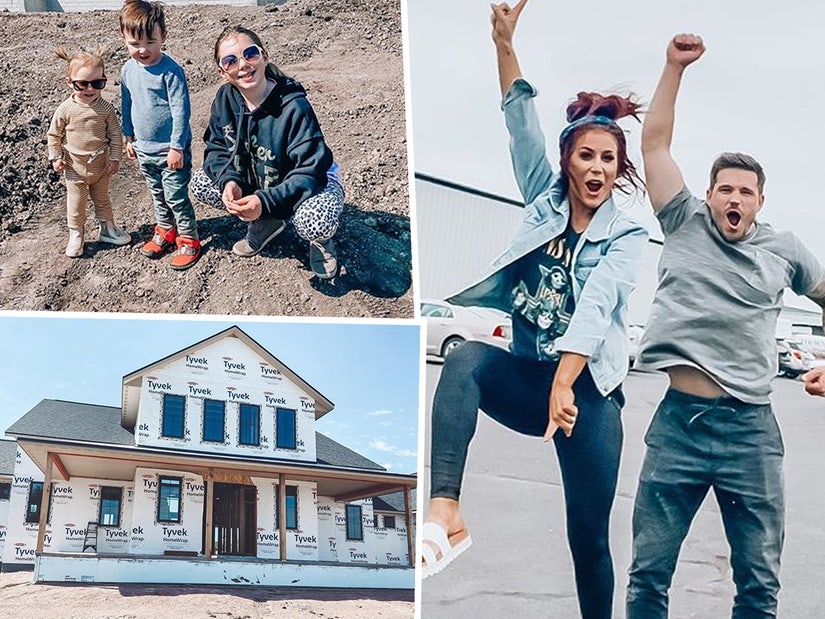 "It's been a learning process," she says of the new build.

While Chelsea DeBoer says her family's decision to build a new home from the ground up wasn't entirely due to their recent robbery, it did speed up the process.

The "Teen Mom 2" star, husband Cole DeBoer and the couple's kids -- Aubree, 10, Watson, 3, and Layne, 2 -- are currently in the middle of a new build, chronicling construction on a separate Instagram page highlighting everything from cabinet installation to exterior paint decisions.

The new digs come after their current home was broken into while the family was on vacation in Colorado. Paired with DeBoer's previous pregnancy, the robbery did a number of Chelsea's anxiety ... and she's "super excited" to move.

"I feel like after our robbery -- and we're not moving because of that, but it just pushed us to do it sooner -- we always wanted like a farm house," Chelsea told TooFab ahead of the new season. "Like a nice big area. So once we found that, everything just started rolling into place fast. I think we going to wait a little bit longer to build and everything just started to fall into place, so we just said, 'Let's just roll with it and so yeah… lots of open areas and space. I'm super excited."

Chelsea said she "definitely had no idea what I was doing" when they decided on a new build, but "always knew" she wanted a home from the ground up at some point in her life.

"I honest to God had no idea where to start or what to do. So, it's been a learning process," she explained, saying she and Cole have "such a good team" working on the house that "it's been going super smooth and it's been pretty good" so far.

When it comes to how she and her husband have been doing through all of this, Chelsea said everyone warned them a project like this could be "so straining on a marriage." But, thankfully, she explained the two have "similar styles and we kind of both want the same thing, so it's actually been great."

In addition to the house, the couple also have another baby on the way. While it's her fourth -- Chelsea has two kids with Cole and shares Aubree with ex Adam Lind -- she's still surprised by some aspects of her pregnancy.

"In general, I feel like this pregnancy has been different than my other ones. I thought I was like a seasoned pro having three other kids. I thought I knew everything and I thought I knew how I was going to feel," she explained. "And this one threw me for a curveball and I've just been a little more sick and feeling a little more blah this time around ... but feeling good other than that."

As for her other children, she says they're "excited" to have some more company.

"Aubree thought it was going to be a girl and she was right and I feel like Watson, he always says, 'I want a lot of Watsons,' so I feel like he's in for a little bit of a surprise," said Chelsea. "But I think it's gonna be good. Good nice little addition."