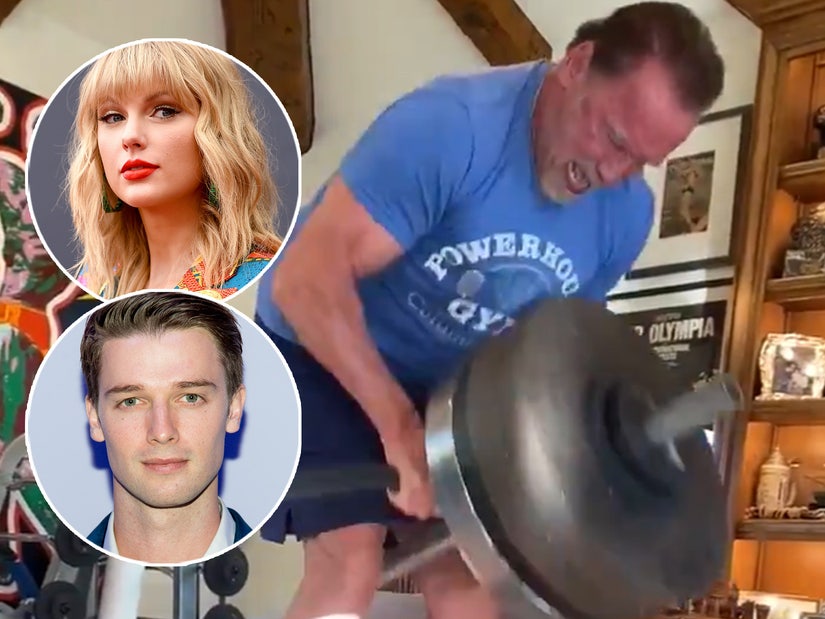 "Going crazy in the gym to Taylor Swift. Love It. Keep it up."

Arnold Schwarzenegger just revealed an unexpected artist he has on rotation in his workout playlist.

The former bodybuilding champ and fitness icon shared an inspirational workout video to Twitter and playing in the background was none other than Grammy Award winning artist Taylor Swift's "...Ready For It?".

Going crazy in the gym to Taylor Swift. Love It. Keep it up https://t.co/09H54CksbF

This came as a surprise to many fans of the former California Governor, but his 26-year-old son Patrick Schwarzenegger seemed particularly tickled by the juxtaposition when he saw his father's post online.

The 73-year-old's caption for the video read, "Old, but no obsolete. T-bar rows are one of my favorite exercises. Here’s some Monday motivation!"

"Going crazy in the gym to Taylor Swift. Love It. Keep it up," his son said in response.

Meanwhile, the father and son do have a family connection to Swift -- Connor Kennedy, Patrick's second cousin, reportedly dated Taylor back in 2012.