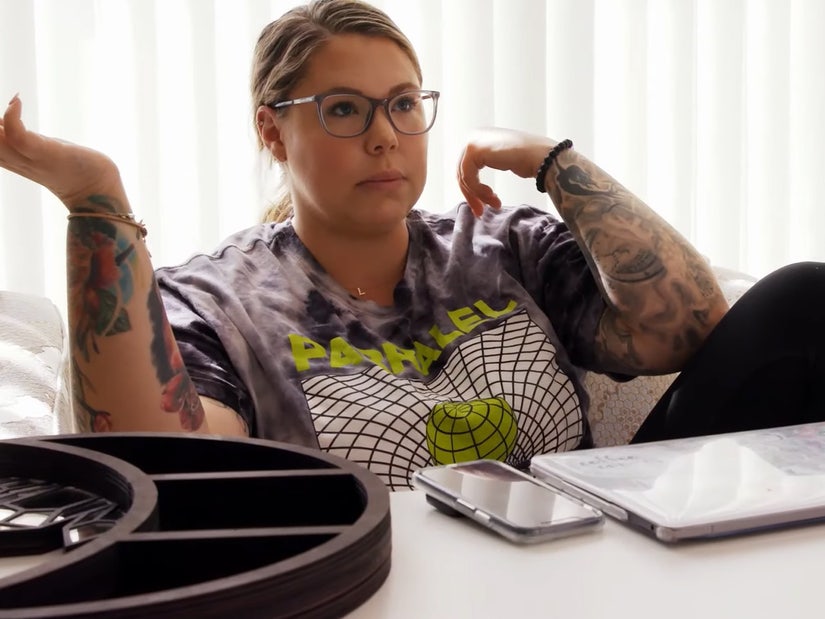 Kailyn admits she has a roller coaster relationship with her sons' fathers -- and this latest development doesn't help.

The already-complicated dynamic between Kailyn Lowry and Chris Lopez just got even more confusing.

In a sneak peek at tonight's "Teen Mom 2" premiere, Lowry opens up about the strain between the two exes -- who, at the time of filming, shared son Lux. Kailyn also shares custody of 10-year-old Isaac with Jo Rivera and 6-year-old Lincoln with Javi Marroquin.

"Having 3 boys is a lot of work and it doesn't help that I'm always up and down with their dads," says Lowry. "Javi and I are getting along fine right now and even though Jo and I had some hard times last year, he apologized to me about a month ago and we've been better lately."

"Since my new house is closer to Chris, I thought he'd be seeing Lux more, but that wasn't the case 'cause things took a turn again and we're not together," she continues. "On top of that, there are some rumors popping up about him."

In the footage, Lowry speaks with a producer about online reports Lopez may have another kid on the way with another woman, rumors he sparked himself on social media.

"I got a call from him saying, if I hear a rumor that he got someone else pregnant, it's not true," Lowry tells the producer. "My f--ked up way of thinking was, okay, he's doing damage control and maybe he potentially has somebody else pregnant and he doesn't know, so he's telling me it's not true until he actually confirms."

While the two weren't together at the time, Lowry says that should the rumors be accurate, "I think that would close the door to any possibilities of us ever being together again."

When asked how she'd corroborate the news, Kailyn replies she'll just have to trust Lopez for now. "I guess I just listen to him, as far as what he tells me, that's all I can go by," she says. "Innocent until proven guilty type deal."

Of course, fans of the show know Kailyn and Chris did get back together again at some point, because a few months later she would announce her fourth pregnancy. She and Chris welcomed son Creed in July 2020.

When TooFab caught up with Lowry in August, she said she hadn't "talked to Chris in awhile, so he hasn't seen Creed in a while." At the time, she added,  "But, you know, there's always room to improve that so hopefully it improves."