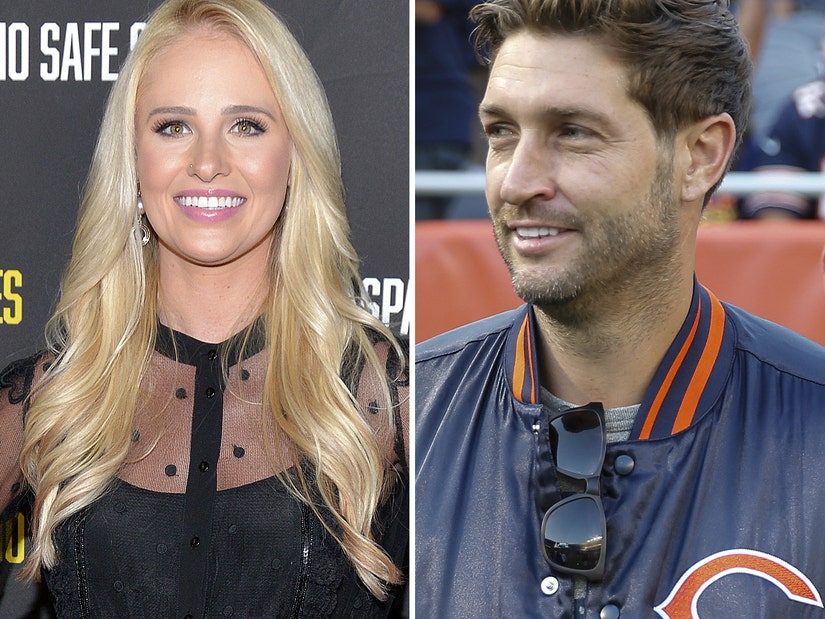 Both of them address those romance rumors.

Jay Cutler and Tomi Lahren insist they're not dating, despite reports linking them in public.

While it's unclear where or how the romance talk started, tweets calling them an item went viral all over Twitter on Thursday. After they started trending, E! also reported the former football pro and conservative commentator were recently spotted out at a bar in Nashville, Tennessee together.

"The two of them were having a lot of fun together at a table along with two other friends," reported the outlet. "Tomi and Jay were passing a bottle of tequila back and forth and taking shots together directly from the bottle. The two of them left together."

As pointed out by Comments By Celebs, Lahren has also been leaving comments on at least one of Jay's post following his divorce from Kristin Cavallari.

The two, however, both deny there's anything going on between them.

On Thursday evening, Lahren tweeted, "I love it when the internet tells me who I’m dating. Good one."

I love it when the internet tells me who I’m dating. Good one.

Friday morning, Cutler also reacted to the rumors by sharing a video of him on the farm with a cow.

His caption: "Only lady in my life. Be better internet."

The gossip comes after Cutler and Cavallari announced they were getting divorced back in April, right around the same time Lahren called off her engagement to Brandon Fricke.

Both Cutler and Lahren live in Nashville and, according to a PEOPLE source, are "just friends."