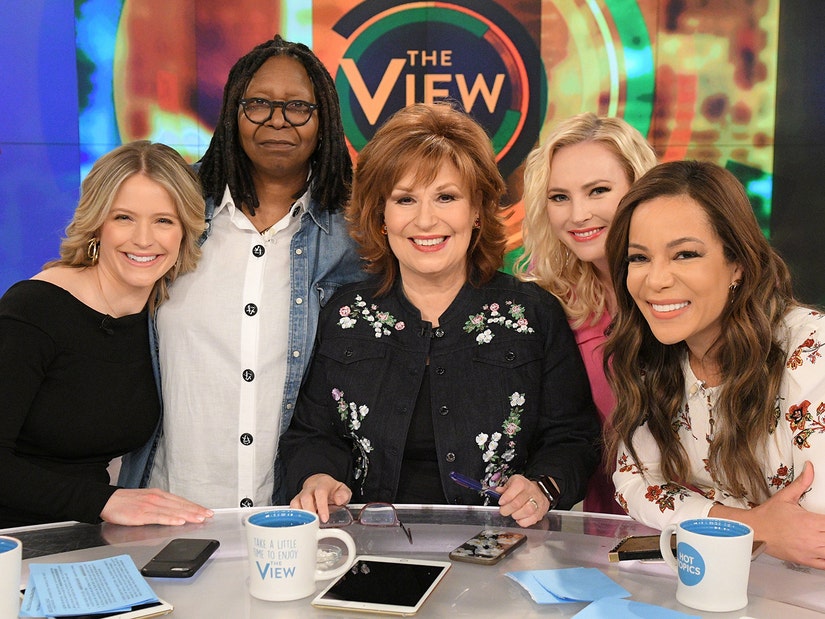 The show will be back for its 24th season next week.

"The View" is ready to shake things up a little when it returns for Season 24.

ABC confirmed on Friday that former co-host Sara Haines, who previously sat at the table from 2016-2018, will be back following the cancelation of "GMA 3: Strahan, Sara & Keke."

"I grew up watching 'The View,' and what this show stands for - different women, different backgrounds and different points of view – just speaks to my soul," she said in a press release. "I feel like I caught a shooting star twice. To once again be a part of the dialogue where I can share, discuss and disagree alongside these powerful and strong women is a tremendous honor. I feel very lucky."

Added executive producer Brian Teta: "Sara never stopped being a part of 'The View' family and we're so excited to once again have her warmth, humor and thoughtful viewpoint join the rest of our talented co-hosts on the panel."

The show, which began filming from home amid the coronavirus pandemic before its summer break, will continue that format ... with a slight tweak.

While the majority of the co-hosts -- including Whoopi Goldberg, Meghan McCain, Sunny Hostin and Joy Behar -- will still appear from home, Haines will broadcast from the show's NYC studio. Ana Navarro will also regularly appear on Fridays throughout the season.

According to Deadline, McCain plans to go on maternity leave, but will still be on the show when the season begins. When her leave starts, Teta promised "a lot of good guests ... and maybe a couple of surprise guest hosts," adding that the conservative perspective won't be lost in her absence.

With the election on the horizon, viewers can also expect political coverage to ramp up, with an expected appearance from Dr. Jill Biden and open invitations out to Donald Trump, Mike Pence and others from the current administration.

"The View" returns September 8 on ABC.