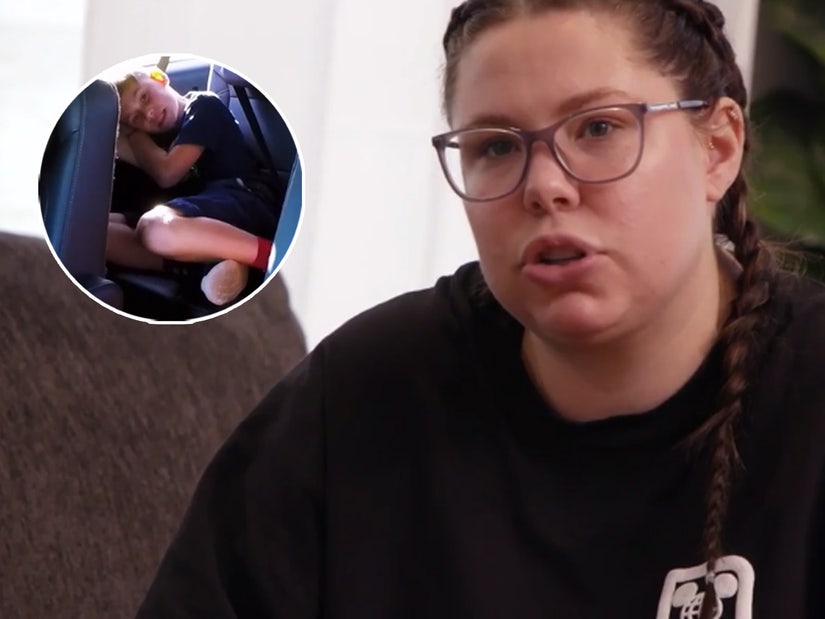 "I don't want my kid to be miserable."

Looks like Kailyn Lowry and ex Jo Rivera still aren't seeing eye to eye when it comes to co-parenting their 10-year-old son, Isaac.

While Lowry believes Isaac is old enough to have some say in the custody arrangement, Rivera didn't agree when the topic came up on Tuesday's new episode of "Teen Mom 2."

The drama began when, while on the way to drop her son off at his father's, Isaac asked Kailyn, "Why do I have to go to my dad's?" 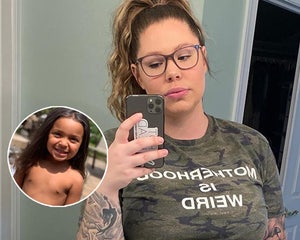 She tried to explain that, "fortunately" for him, he has a father who wants to have custody of him 50% of the time. "You're actually so lucky," she told him, because for some children, "one of the parents' isn't always there. You're very lucky your dad wants to be there and spend the time with you."

Isaac, however, continued to pout.

"I do the same thing every day and I can't do anything else because he doesn't plan anything special," he said. "He's always at work and stuff."

Lowry tried to keep it positive, telling him he'd have a "great week" with his father. But, when she met up with some of her friends to talk about the situation later, she explained the uncomfortable position in which she found herself.

"I don't think Isaac tells Jo. I think he's very aware of other people's feelings. He's not going to tell his dad how he feels because he doesn't want to hurt his feelings," she explained. Though she said she doesn't "want my kid to be miserable," she also didn't want Jo to "feel attacked" if she broached the subject with him.

Eventually she did, off camera.

"He said he doesn't believe Isaac is old enough to make those decisions," she continued. "He's about to be 10, he should be able to decide if he wants to stay over there for an extra day or two. Isaac's getting older, his needs and wants are changing. And with that comes a shift in coparenting and a shift in what we think is best for him."

She added that she didn't want Jo to think he's "not a good parent" and said she has no plans whatsoever to go back to court to hash custody out again there either.

"I'm not f--king going. I'm not," Lowry added, before coming to a realization about co-parenting going forward. "We're just gonna have different opinions and we're gonna have to work through it. I think this is the start of a lot of differences to come."

TooFab recently spoke with Kailyn about her relationship with Jo and it sounds like, currently, they're in a better place.

"I definitely think Jo and I hit a breakthrough this season, which I'm pretty proud of," she explained. "I think that there's always been an underlying resentment, even during the good times with Jo."

That changed after she started going to therapy around a year ago.

"It's kind of nice to hear a neutral party's perspective, so I brought something to [her therapist] and she kind of gave me feedback on it that opened my eyes and helped me in a situation with co-parenting with Jo," she continued. "I kind of hit a breakthrough with him and apologized for something and I hope viewers see it for exactly what it is."

"It's hard to face the music sometimes and when you know you're wrong or you finally look in the mirror and like, 'Wow, I could have made a better choice or I'm going to do better moving forward,'" she added. "But I hope that the viewers get that from this particular breakthrough that I’m referring to so. Jo and I, we're in a good place now and I hope it stays that way."