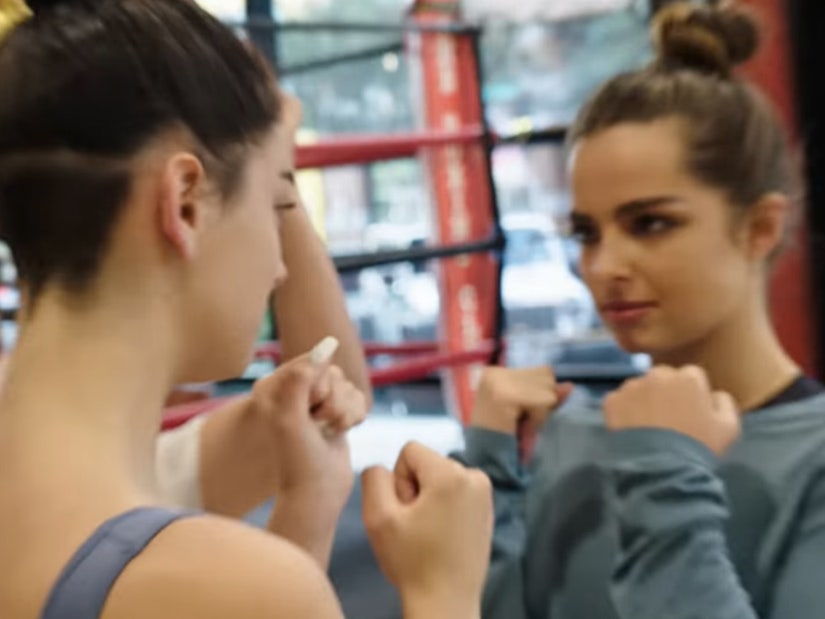 "So Addison liked some TikTok comments about [my sister] Charli and we're gonna end this all today, right?"

Addison Rae and Dixie D'Amelio are the latest social media stars to go head-to-head in the boxing ring...although this match seems a little less intense than any fight where Jake Paul has been involved!

TikTok celebs Addison and Dixie met up with professional boxer Ryan Garcia at his San Diego gym to document their experience learning the basics of the sport before jumping into the ring. But besides learning a new skill, the girls may have had a little beef to settle.

"So Addison liked some TikTok comments about [my sister] Charli and we're gonna end this all today, right?" Dixie said with a laugh.

Dixie appeared to have been referencing comments Addison "liked" on the social media app last year regarding Charli's appearance and rising TikTok popularity, long before the sisters ever met Addison. Despite the girls previously making amends, they were still ready to settle it in the ring!

But before they could take each other on, they had to learn a little bit about what they were doing. Ryan stepped in to give them tips about the correct stance, different kinds of punches and protecting themselves.

When it came time to begin the boxing match, Dixie was pretty certain that she was going to take home the win.

"I just don't like losing. I can't lose on my channel," Dixie said before getting into position.

With coaches in each of their corners, Dixie and Addison showed off their new skills with both of the girls getting in some pretty good punches…and breaking a few nails along the way.

Going into the third round, both Dixie and Addison had claimed a victory, leaving the winner to be determined in the final few moments.

After a competitive final round, it was determined that Dixie and Addison had amassed an equal score and tied the match!

As for what's next in Dixie's boxing career? "Undercard with Mike Tyson!" she joked.