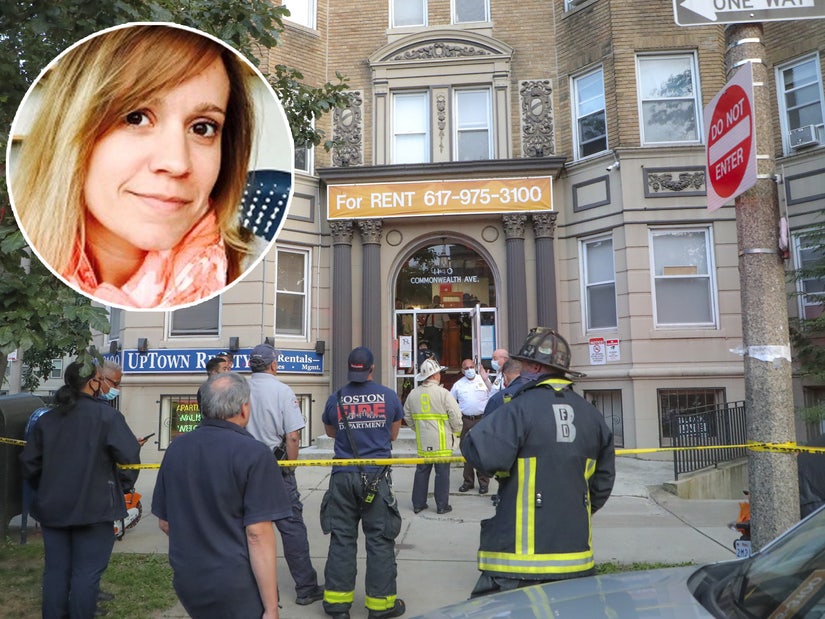 "I heard probably one of the worst screams I have ever heard in my life."

The victim was identified by Boston police as Carrie O'Connor, a 38-year-old lecturer of French at Boston University.

Investigators said she died of "traumatic asphyxia", and that her death was accidental.

A neighbor, Leanne Scorzoni, told the Boston Globe how a man had warned O'Connor about the elevator as she was trying to fit a heavy box into it.

"I heard it, he saw everything," she said. "He was helping her with a box into the building, and he was going up the stairs, and he had told her, 'Hey, just be careful because it's an old fashioned [elevator].'

"I don't know what type of elevator it is, but you have to pull the door across and then step in and then press the button. However, if you have something in there, it can trigger a sensor. And I believe, he told me, he believes that whatever she was trying to get in there, hit the sensor and then it started moving."

"So he was walking up the staircase and was just talking to her. And he just said, 'Oh, I don't think that's gonna fit in there.' And then she's like, 'Oh, I'll try it one more time.'"

"And then I heard her screaming, and I heard him screaming."

"I thought someone had fallen down the staircase. When I looked at the elevator, it was not there. Only the ceiling of the car was on my floor, so all the cables were there."

A woman in her 30s has been killed in an elevator accident in Boston.

Emergency crews responded to reports of a resident trapped inside an elevator at an apartment building on Commonwealth Avenue in Allston at 5:15 PM on Monday.

But when they arrived, they found her dead at the scene.

Witnesses claim the woman, who had recently moved into the building, had been trying to place a package into the elevator when it suddenly dropped between floors.

Medics did not reveal the extent of her injuries, only that she suffered from "trauma".

Neighbors reported hearing an "ungodly scream"; one witness had to be hospitalized after suffering a panic attack.

"I heard probably one of the worst screams I have ever heard in my life," Leanne Scorzoni, who lives on the first floor and ran out to help, told WHDH. "I heard the gentleman screaming and hyperventilating saying, 'She's dead, she's dead.'"

"The ceiling of the car was right at my level, which is the first floor, below us is the basement, so the car had gone all the way down or at least halfway down because I couldn't see her at all. Just the cables."

"It's just a terrible accident and a terrible tragedy... I wouldn't wish that on anybody."

Another neighbor, Eric Carmichael, said his wife was home at the time and also tried to help, before realizing there was nothing she could do.

"She heard a woman in distress and sort of tried to help her out as a neighbor," he said. "But there was, you know, she couldn't really help out that lady."

"She didn't want to tell me the details because it was kind of gruesome."

"[It's a] terrible old elevator that should have been probably kept up better," Carmichael said, "led to the loss of a life."

A third neighbor, Nevada Foskit, said he returned home but was not allowed into the building for 90 minutes, after the building manager told him the elevator was stuck between the basement and the first floor.

He said in his 18 months living there, the elevator had never had any issues.

"Five feet in front of my door is the elevator so it's very creepy," he added.