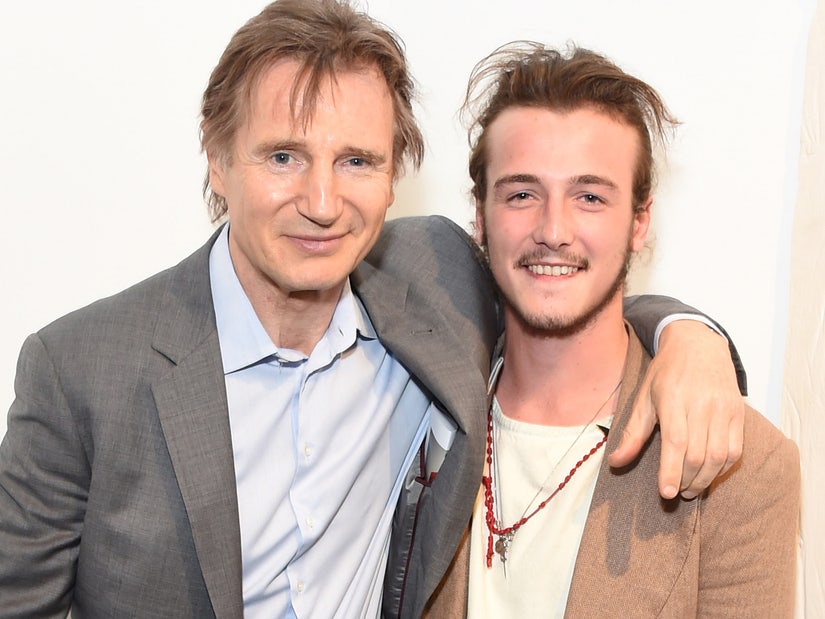 The actor also opens up about why it was so "cathartic" for them both to work on their latest film together.

In 2018, the son of Liam Neeson and the late Natasha Richardson changed his last name to his mother's, to honor her after her death in 2009.

Micheál Richardson was just 13 when the "Parent Trap" star died after a skiing accident at the age of 45. In a new interview with Andy Cohen, Micheál's famous father revealed how he feels about the name change and opened up about working with him on the 2020 movie "Made In Italy."

"I think he did the right thing. I think it was a lovely homage, a nice gesture and he's, you know, he's not saddled with my last name which, I have a certain celebrity status I guess," said Neeson. "I'd hate for him to be constantly asked, 'Oh are you Liam Neeson's son.' So, it was a lovely gesture. Natasha's family, mother and sisters were very touched by it, as indeed I was too."

In "Made In Italy" Neeson and Micheál play an estranged father-son pair who reunite to try and sell the estate left to them following the death of the family matriarch. After working together, Neeson told Cohen how "proud" he was of his son.

"I'm not gonna blow smoke up him, up his anus around him, but he's a, he does have a presence. Micheál, he really does," said Liam. "And the subject matter is, was, is very close to home. Losing my wife, Micheál losing his mother, that is part of the story of 'Made In Italy.' It was quite cathartic in many ways for both of us.

As Cohen mentioned the real-life parallels, he wondered whether it was a "painful place to go back to" or if doing the film started new conversations between him and his son.

"It did and it didn't. When I first read it, I literally got as if someone had just grabbed my gut and just twisted it and it was quite scary," Liam explained.

"It really made my gut turn because it was so, as you say, it touched on something Micheál and I have both gone through, still going through 11 years after Natasha has died," he continued. "And I thought, gosh, this would be fantastic if I could do it with Micheál."

While Neeson said a few other "younger actors were suggested" for the film, he gave the script to his son to read.

"He sort of looked at me after he read it. I looked at him and I said, 'Look, what do you think, do you want to, should we should we try and go through this together and see what happens?' And he agreed," he continued.

"It touches on very, very delicate stuff. Sometimes in art and you can explore stuff and it's kind of safe, especially with a film," he added. "It was great. It was cathartic in lots of ways. It really was."

"Made In Italy" is on VOD now.