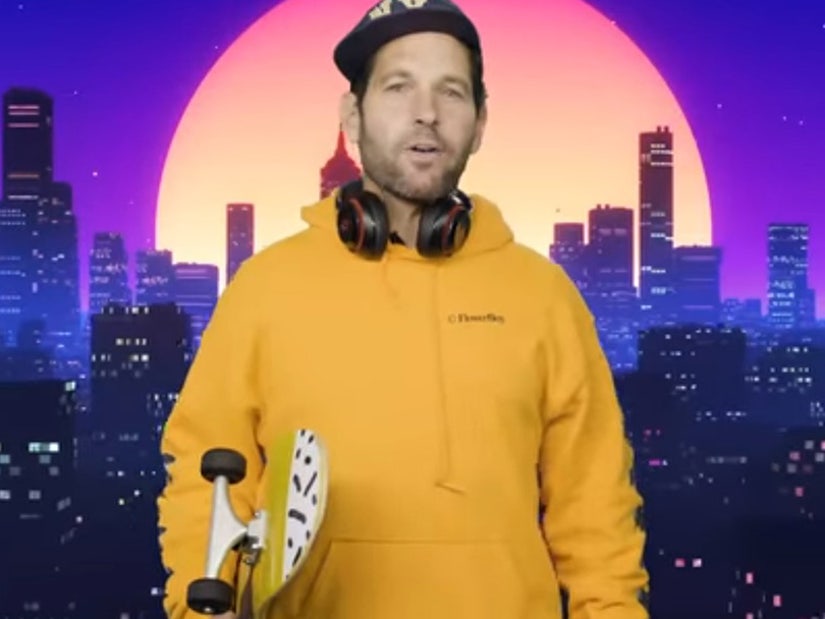 The ageless 51 year old transforms into a 26-year-old cool kid who uses words like "dank" and "yeet" to try and connect with his ... peers?

Let's face it, at this point, no one is really sure how old Paul Rudd is or which generation he's a part of. The guy has basically looked the same since he first showed up on our screens -- we assume he has a decrepit painting of himself in his attic.

Well, in a new PSA in association with New York Governor Andrew Cuomo and First We Fest magazine, Rudd took advantage of his youthful looks to connect with a whole different generation. 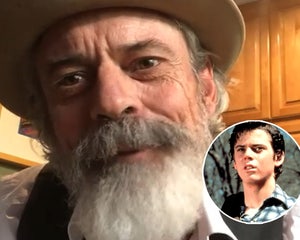 The 51-year-old actor hilariously donned a crooked Yankees ball cap and hoodie, complete with headphones and a skateboard, to talk to his fellow Millennials -- ahem -- about the importance of wearing masks during a global pandemic.

"A few days ago, I was talking on the iPhone with my homie, Governor Cuomo, and he’s just going off about how us Millennials need to wear masks because, get this, apparently a lot of COVID is transmitted by us Millennials, no cap," Rudd says.

He then jokes that Cuomo thought he was 26, "and I didn't correct him."

And here's where it starts to get hilariously cringey as we all know this is a 51-year-old man (though still not as brilliantly awkward as when Steve Buscemi pretended to be a cool young person).

"Fam, let’s real talk. Masks? They’re totally beast. So slide that into your DMs and Twitch it," he says,  using every single one of those words in a way that immediately drives Millennials and Gen Z crazy.

He even fakes a conversation with genuine young person Billie Eilish, telling her he wants to stan her and that she's still his bae after she says she's wearing a mask. Seriously, this is like the most ingeniously intentionally awful PSA out there.

Finally, he talks about TIkTok dances and drops a few sick (as in they're making us a little ill) beats before the whole facade drops off and he talks earnestly and angrily about this -- like why is this even a thing he has to do at this point in this way?

Throw in a bizarre masked "Hot Ones" crossover and one last attempt to use a cool modern slang term correctly and Rudd slayed a two-minute plea for New Yorkers, and really everyone, to just wear a mask already.

Honestly, would it kill you to wear one? Rudd's expression says in those closing moments. Because it could kill someone to not.