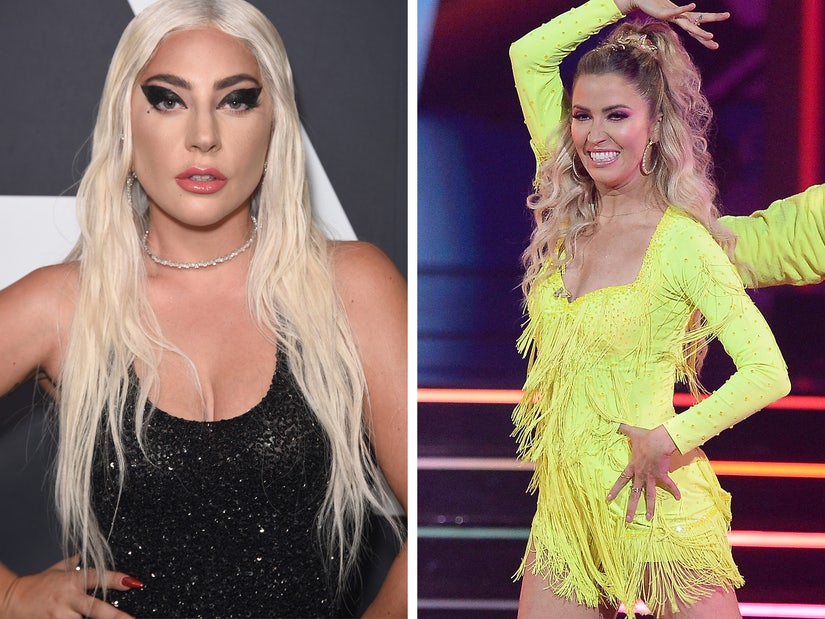 On Tuesday, the singer, 34, took to Twitter to react to the former Bachelorette dancing the cha cha to her hit "Stupid Love" on Monday's "DWTS" premiere.

"Is it weird that this made me cry," Gaga wrote, resharing a clip from a fan account of the performance. "I love watching people happy and dancing!"

Gaga's praise didn't go unnoticed by Bristowe, who tweeted, "I'm never going to recover from lady Gaga watching me dance to her song."

"Wow, thank you so much!" Chigvinstev wrote on his Instagram Story.

During the Season 29 premiere of "Dancing with the Stars" on Monday, Bristowe, 35, made her ballroom debut with Chigvintsev.

Is it weird that this made me cry...I love watching people happy and dancing! https://t.co/bBKblhVhqT

I’m never going to recover from lady Gaga watching me dance to her song. #dwts

After the two rocked it on the dance floor with their electric cha cha, they received their scores from judges Derek Hough, Carrie Ann Inaba and Bruno Tonioli. Bristowe and Chigvinstev earned two 7's and one 6 -- with a total score of 20/30.

Bristowe later took to social media to react to her debut, sharing a stunning still of herself and Chigvintsev from their performance. The reality star also revealed she had been paired with Chigvinstev when she was asked to be on "DWTS" five years prior. (In 2017, Bristowe claimed "Bachelor" creator Mike Fleiss prevented her from joining the dancing competition series.)

"Artem was supposed to be my partner 5 years ago. BUT THIS TIME IT'S FO REAL. Pinch me. #Dwts"