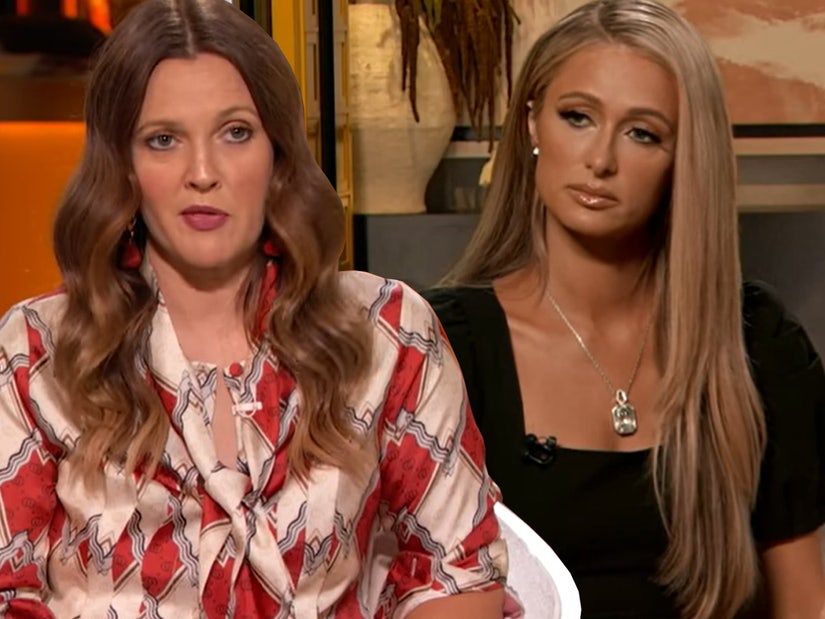 Barrymore also reveals her mother would drop her at the Hilton's home for days at a time when she was younger.

Paris Hilton sat down for an interview with Drew Barrymore on the actress' talk show Monday, but it turned into more of a conversation as the two compared their time in facilities meant to address behavioral issues in their youth.

It's a subject Hilton opened up about for the first time in her new documentary, "This Is Paris," in which she compared her treatment at the Provo Canyon School in Utah to torture, said she was constantly yelled at and berated and often sent to solitary confinement.

"We've known each other throughout our kid life, adult life, I've known you for many years," Barrymore began the interview, before revealing she related strongly to the documentary because of her own experiences as a child.

"I've been where you've been and watching your documentary -- I don't know how many interviews and conversations I'm going to have on this show where I am watching a mirror image of everything I've been through as well -- and so I want to talk to you and have you know that I've had the people come and take me away," she told Hilton.

"I've been locked up in solitary confinement. I've been in a place for lengthy periods of time -- we are talking year, year and a half plus -- I haven't seen a kind of story like this really reflected out there very often that's one I recognize so deeply," she added.

When asked why she decided to address the alleged abuse now, Hilton said it wasn't initially the premise of her doc -- but something that came out organically while filming.

"It was hard just to relive and remember all these traumatic experiences I tried so hard to forget and just act like it never happened, but I've had severe nightmares as a teenager because of this," said Paris. "Basically, I was just trying to look like I had a perfect life and I was embarrassed for people to know. And I now know I shouldn't be ashamed. It's the people working at these places abusing children are the ones who should be ashamed. And I'm proud that even though I went through so much, I feel strong and I can make it through anything."

Barrymore's experience wasn't nearly as negative as Hilton's, as she said the people at the facility she went to were "really good" and credited her time there with saving her life.

"I didn't like being thrown in solitary confinement. I will say that I was very rebellious. I started riots there all the time and there was a lot of other kids like me, and my mom just didn't know what to do with me," said Drew. "You know, I was doing drugs. I was out of control. She just threw her hands up and threw me in there not knowing where else to turn to, and that place really did help me, and saved my life and I actually wouldn't change a thing."

For Hilton, however, she said all the Provo school did "was give me trust issues" and PTSD.

"I didn't deserve to go there. My mom and dad were just very strict and sheltered," she continued. "When I lived in LA, I wasn't allowed to go on dates. Couldn't wear makeup. Couldn't go to a school dance… they just didn't want me to grow up. And then I moved to New York and that's when my life changed. And I just was sneaking out at night, going to clubs, ditching school, but not doing anything terrible. Just wanting to go out at night and that really scared my parents because they were so protective."

Proving just how tight the Barrymore and Hilton families were, Barrymore said she could recall her mother dropping her off in Paris' driveway and "then a day or two later, she would come back."

While Drew said she has a "host of issues" with her mother, which she's talked about many times in the past, she "let go" of them around the time she turned 40. Barrymore than asked Hilton what her relationship with her own mom, Kathy, is like now -- after she found out what happened at the school.

"We're closer than ever," said Paris. "It's something that we just never talked about, so it was very hard for her to hear, but I think just talking about it brought us closer than where we were."

Comparing her talk with Drew to the other press she did for the documentary, she praised Barrymore for giving her the most "intimate" interview. "No one else gets it," she added.