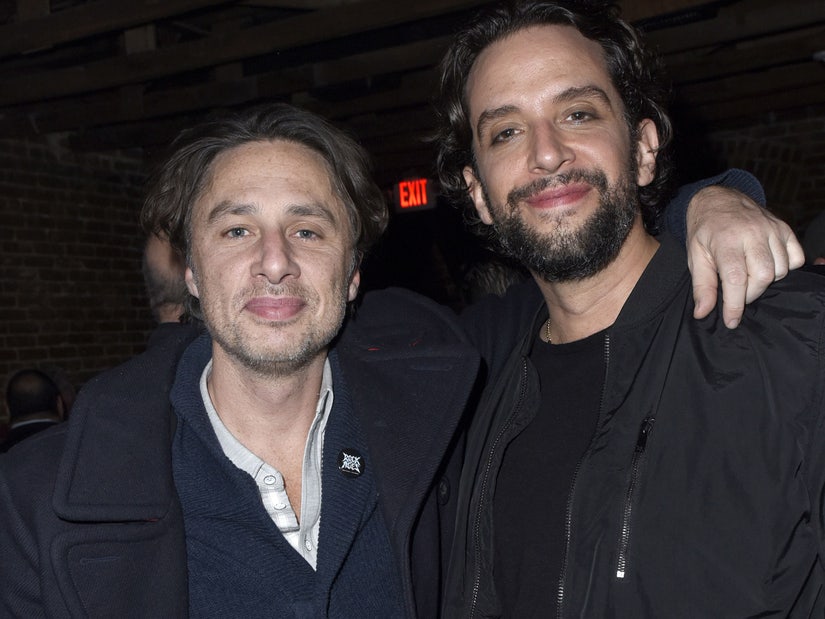 The actor shares a message he allegedly got from the Television Academy.

Every award show, the In Memoriam segment always leaves out a few memorable names -- and last night's Emmys were no exception.

While stars like Regis Philbin, Naya Rivera, Ruth Bader Ginsburg and Chadwick Boseman were all included, others like Nick Cordero, Kobe Bryant and Kelly Preston were MIA.

This morning, Zach Braff said he had tried to get close friend Cordero -- a Broadway star who also appeared on three episodes of "Blue Bloods" and two episodes of "Law & Order: SVU" -- included, but claimed "The Emmys chose" to leave him out.

"For those wondering: The Emmys chose to leave Nick Cordero out of the memorial montage," he tweeted. "I had no idea one had to campaign to get their loved one in. We did. They passed."

He followed that up with a message he allegedly received from the Television Academy, presumably ahead of the show.

"Those involved in the In Memoriam selection process are very aware of the sad passing of Mr. Cordero due to coronavirus and we assure her that his name has been given every consideration for inclusion," it read. "With so many people passing in any given year, we simply cannot ensure any particular individual is included, not do we release the names of those included prior to the telecast."

In another tweet, Braff also pointed out that his "Scrubs" costar Sam Lloyd, who died in August, was also excluded from the tribute.

"I would have never even considered 'campaigning' for Sam because he had more TV credits than most actors I know," wrote Braff.

While they were not recognized on the telecast, Lloyd, Cordero, Bryant and Preston all appear in a longer In Memoriam video -- which simply lists the names of those who passed in the last year -- posted to the Emmys website.

TooFab has reached out to the Television Academy for comment.