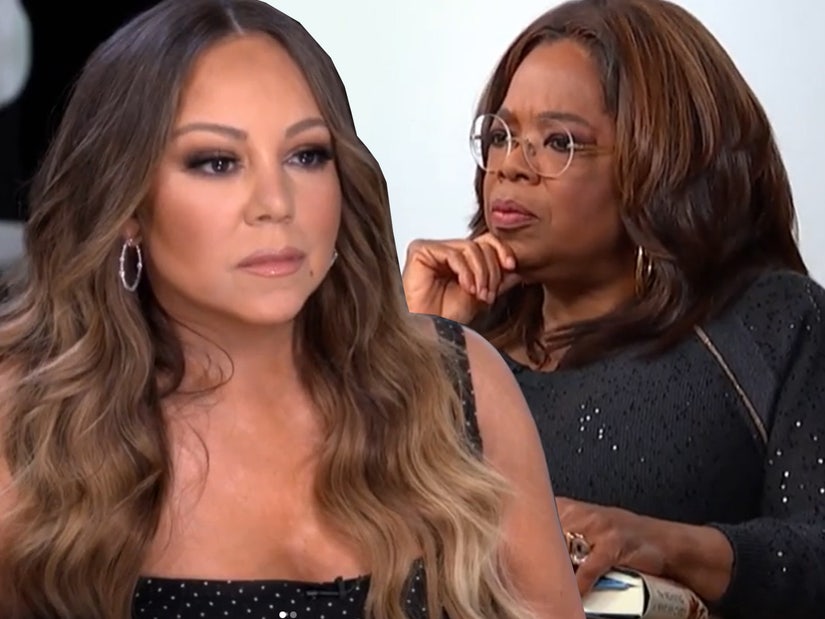 Speaking with Oprah, Carey says she wasn't in "breakdown mode" at the time -- and opens up about her volatile relationship with her siblings.

Mariah Carey was hospitalized in 2001 after her mother called the police on her during what the singer's publicist at the time called an "emotional and physical breakdown."

Speaking out about the incident in a new interview with Oprah Winfrey, Carey shared why she really believes her mother made the call -- and it has nothing to do with her mental health.

Winfrey set the scene by summarizing what Carey wrote about that moment in her life in her upcoming book, "The Meaning of Mariah Carey." At the time, Carey said she was staying with her mother during an "emotional crisis," hadn't slept in six days, was in the middle of "Glitter" promo prep and was "frantically" washing dishes when her mom "became upset" and called the cops.

"There was a code switching that happened and a power shift that was immediate," recalled Carey. "It was immediate and she was in charge and instead of saying, 'I'm taking care of my daughter, she's tired, somebody called the cops by mistake,' or whatever, it was like, 'Oh no, because you defied me, this is what's going to happen.'"

Looking back, Carey said she "allowed" herself to go with the police.

"In the backseat of the police car, it's a vivid memory I'll never forget," she continued. "I have never spoken about it, but at that moment, that seemed like a better alternative than where I was."

Oprah then asked if Carey believes she was actually in "breakdown mode" and needed to be hospitalized at the time.

"No, if they had given me even two days I would have gotten up, gone to the video shoot and made the video," she said. "That's not to say that would have made the difference and 'Glitter' would have been some huge sensation as opposed to what happened. Let's not forget, it was September 11th. It's 9/11."

After her time in the facility, Carey said she realized she had "no business" being under so much pressure. "As we've seen in this entertainment industry, it happens. People push artists to the edge and then they wonder why people are gone too soon."

Carey has previously opened up about battling bipolar disorder, which she was first diagnosed with in 2001.

During the interview with Oprah, Carey also talked about her volatile relationship with her siblings -- who she refers to as her "ex" brother and sister, Morgan and Alison, respectively. She said she believes they're fair game to talk about in the book because they and others in her life "have drawn first blood."

"When there are people that are in any way connected to you as a person who achieves a certain level of success, you are a target, you're vulnerable, but I wouldn't have gone here if things hadn't been done to me, if I hadn't been dragged by certain people and treated as an ATM machine with a wig on," she told Winfrey. "All it is is, 'Let me get money, no matter what, even if that means going to a tabloid, going there and saying I want X amount of thousands and I'll tell salacious stories.'"

Calling her brother "extremely violent" and her sister "troubled" and "traumatized," Carey said she has tried to be "thoughtful" about Alison's problems -- but doesn't believe "that the same courtesy has been extended to me from anybody that caused certain traumatic events in my life."

Reading an excerpt from the book, Winfrey described how Carey says her siblings "sold lies to any gossip rag or trashy website that would buy or listen" and "have attacked me for decades."

She also claimed that, "when I was barely twelve years old, my sister drugged me with Valium, offered me a pinky nail full of cocaine, inflicted me with third-degree burns and tried to sell me out to a pimp."

Carey went on to say she and her siblings "don't even really know each other" and claimed they had "already been damaged" by the time she was born. "I literally felt like an outsider of my own family."

Winfrey noted that she said in the book the two also resented her for her skin color, which was lighter than her siblings.

"They always felt like I was passing. We're not even that far apart tonally," she said. "They just grew up with the experience of living with a Black father and a white mother together, as a family, and I was, for the most part, living with my mother, which they saw as easier."

"In reality, it was not," she added. "They have always thought my life is easy, but they always looked for a get rich quick scheme, what can we do today, the world owes me something."

Carey's full episode of "The Oprah Conversation" is up now on Apple TV+ now. Her memoir drops September 29. 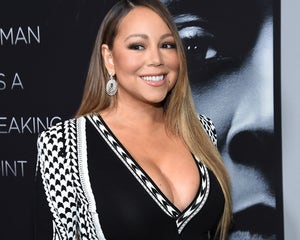