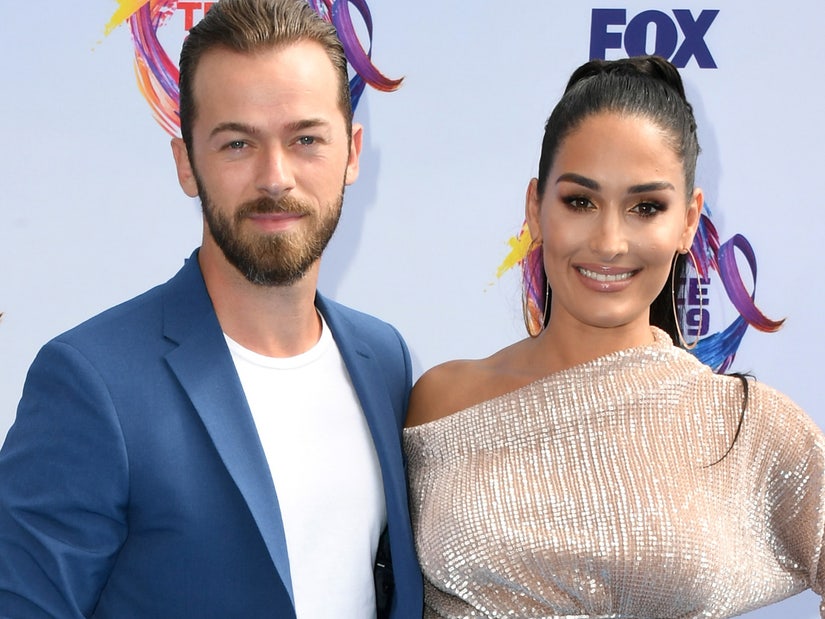 "I felt like organs were about to drop out."

Nikki Bella is getting real about postpartum sex.

On Wednesday's episode of "The Bellas Podcast," Nikki, who welcomed son Matteo with fiancé Artem Chigvintsev on July 31, shared some details about her sex life as a new mom, revealing she and Artem "didn't even make it to the six-week point."

Before Nikki, who co-hosts the podcast with her twin sister Brie, dove into the hot topic she first explained the meaning behind a caption she wrote alongside an Instagram post earlier this month.

"Mama getting her groove back... postpartum panties out the door, boobies still off limits lol, but everyday feeling more like me... and my Daddy is getting his groove back," she captioned a short, steamy clip of her and Artem dancing and sharing a kiss.

Brie told her twin she interpreted the post as Nikki "wanting to have sex" with Artem.

"I didn't mean that!" Nikki said. "[I meant like] Away, I'm done. Like I'm not bleeding, there's nothing wrong. No more postpartum panties. They're out the door. But maybe I should've said like in the trash, away for good."

"I reread it and I'm like, 'oh my god I totally did make it like Artem's throwing my panties out the door' and like, here we go. I did not mean that," she added with a laugh.

The "Total Bellas" star then revealed that she and Artem have "already been having sex" and opened up about her experience getting back into the bedroom.

"I didn't even make it to the six-week point, I just started at five. I was like I'm healed, I'm fine," she said. "Even though last night it didn't seem fine, but that's okay. It was a little different."

"Probably dry because you were stressed out," suggested Brie, who welcomed her second child, a son named Buddy, with husband Daniel Bryan on August 1.

"It was the exact opposite" Nikki replied, before sharing more details. "I felt like organs were about to drop out. I was like, shoot, did I mess up?"

"Okay Nicole, enough about all the gross stuff going on with our vaginas, especially yours," Brie quipped.