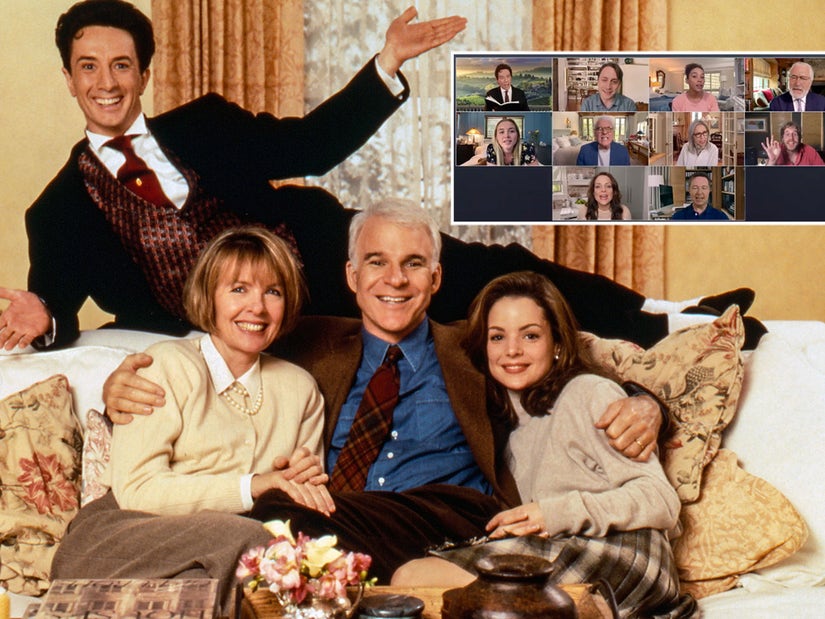 The Banks family, together again ... kinda.

The film was created as a fundraiser for the World Central Kitchen.

The short featured the gang on a family Zoom call, with George fully retired and sleeping in the guest room as they socially distanced.

"I need to see my family in person and not on the screen," said George -- nervous as ever -- before making sure everyone was good with supplies when it comes to masks, zinc, Vitamin C and pulse oximeters. "I've never had anything this big to overreact to, except the wedding," he added.

The reason Matty asked them all for a video conference: he wanted to ask his ER doc girlfriend Rachel (Alexandra Shipp) to marry him, right then and there, over Zoom. "I've waited 30 years to be father of the groom and now her dad is getting out of the wedding?" George exclaimed. "Was this her father's idea?"

The family watched on as Matty talked Rachel into a virtual wedding, as she quarantined solo in a hotel after her shift. Her dad -- played by Robert De Niro -- also joined the call, with George handing over his "Father of the Bride" title.

There were tears, laughs and many a mispronounced word, before George gave one last toast celebrating the importance of family -- which now, thankfully, includes a doctor -- and Platt performed "The Way You Look Tonight." 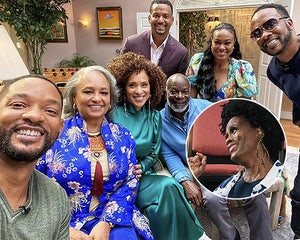 In an op-ed for the New York Times, Meyers said the idea came to her while quarantining at home during the coronavirus pandemic. "On the news, there were families waiting in line for food in 2020 America. It was heartbreaking," she said. "What could I do? What can I do? I wondered. That's when I emailed Steve Martin and asked him if he had time to chat. He wrote back, 'I have nothing but time.'"

She explained she felt now was the perfect time to check in on "self-admitted overreactor" George Banks and see how he and the rest of the characters would react to the pandemic.

"There was Zoom location scouting with all the actors showing us around their homes," she explained of filming. "The rooms needed to fit their characters but also had to be suitable for shooting. When one of the actors didn't have a space that worked, we sent them green screens and found appropriate backgrounds to put in later. Kieran, for example, lives in New York, but his character is supposed to live in Los Angeles, so we gave him a green screen and used a photo of my daughter’s dining room as his background."

While Meyers said filming the special was "challenging," it was also "a fun challenge." It's also something that was a bit of a distraction for her -- and a project she hopes provides some escape for those who watch it, too.

"This one, with its positive themes and love of family, made me feel whole at a time when I needed it most," she said. "And if our efforts lead to a little relief for someone else, then it was a summer well spent."