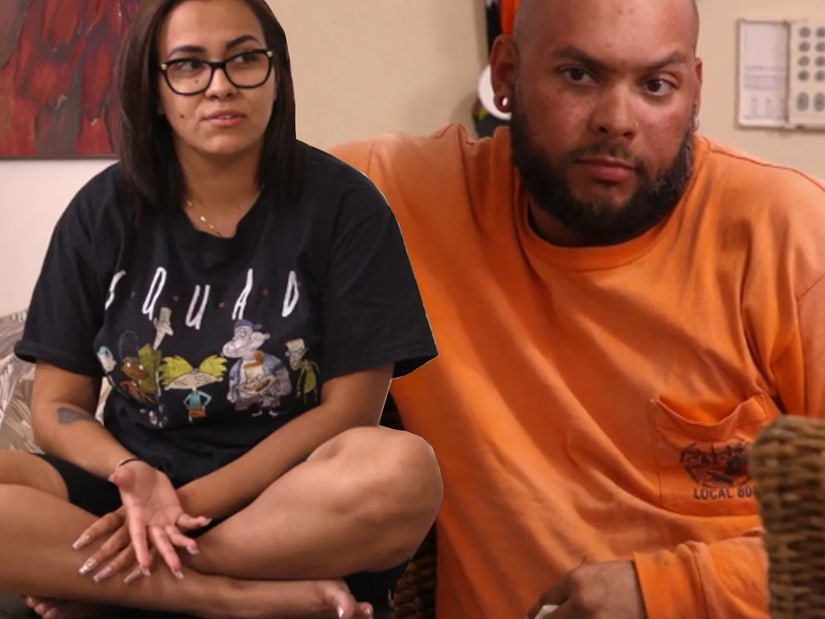 "Teen Mom 2" star Briana DeJesus was furious after testing positive for an STI following unprotected sex with ex-boyfriend Luis Hernandez -- and on Tuesday night, she laid down new ground rules for the two going forward.

DeJesus, who swears Hernandez is the only person she's been with recently, tested positive for chlamydia on last week's episode. Tonight, we saw her break the news to him via text.

"Who have you been f--king?" she asked him, while explaining to a friend that she didn't want to reveal what she had so he would go get tested himself.

"Listen Luis, I don't know what you got going on, but I tested positive for something and you're the only person I've f--ked since I last got tested," she replied, after he asked why she was asking.

“Sorry” isn’t going to cut it for @xobrianadej on tomorrow night’s #TeenMom2. Can she ever trust Luis again? pic.twitter.com/59HmItnqFQ

"I don't have anything going on, I'm being as honest as I can be," he allegedly responded, as Briana read off her phone screen. "I'm going to make an appointment. I'm really sorry this is happening, I know what we've gone through, this is the last thing that we wanted."

Talking to her friend, Briana said "sorry's not gonna cut it," before explaining that "whatever was going on between" the two of them -- aka hooking up -- wouldn't be happening anymore. Her concern, however, was how taking sex out of the equation would affect Luis' coparenting their daughter, Stella.

"I'm going off of what happened in the past, I shut him off, he shuts off and then he doesn't come around," she explained. "If he doesn't stick around, we're really going to have a problem."

Before Briana allowed Luis to come over to see their daughter, she had a heart-to-heart with her mother, who appeared even angrier about the situation than her daughter.

"I'm furious with him, enraged. He should have told you, listen, 'I'm at risk, I've been exposed,'" she exclaimed. "F--king wake up. Wake the f--k up. 30 years old, what are you doing? You're not a kid no more. He's toxic. I refuse to be nice to him and it sucks because [Stella] f--king pays the price."

When Luis showed up, however, he promised that wouldn't be the case.

"I'm not gonna stop apologizing," he told Briana. "I am sorry for letting that happen. I've been trying to be different and better than before."

She then voiced her concerns about him and his relationship with their daughter.

"I never trusted you in the first place and the little ounce of trust that I tried to give you is like, for what, this happened," she continued. "Everything that you've put me through and everything that's happened has left a weird taste in my mouth. I don't think we can be anything more than us being parents to Stella."

She told him she was "scared" he'd be angry with her "for not wanting to be with you and take it out on Stella." However, he said he wouldn't be "taking anything out on Stella," despite his past actions.

"For me, personally, I know you're going by what the past showed you, but it's not going to change me coming around and how I've been coming around for Stella," he promised.

Stay tuned to find out whether that sticks, as "Teen Mom 2" airs Tuesdays on MTV.