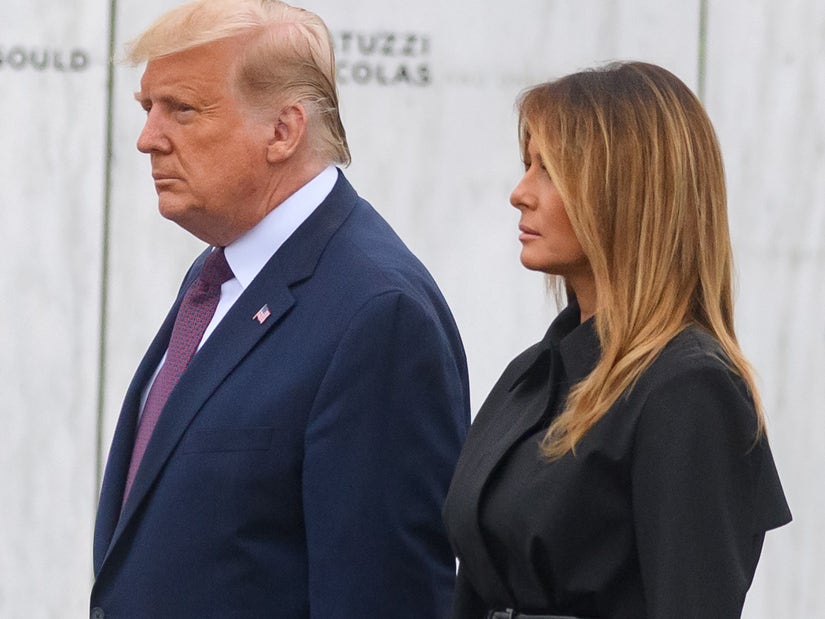 Social media responses range from sincerity in wishing them a speedy recovery to anger to jokes to outright laughter.

In the midst of a tense election cycle where the ongoing global pandemic and the nation's response to it remains one of its biggest talking points, President Donald Trump revealed that he and the First Lady have both tested positive for COVID-19.

"This evening I received confirmation that both President Trump and First Lady Melania Trump have tested positive for the SARS-CoV-2 virus," confirmed White House Dr. Sean Conley in a memo received by ABC News.

"The President and First Lady are both well at this time, and they plan to remain home at the White House during their convalescence."

As he always does, the president kept his followers updated throughout the evening on Thursday after the announcement that one of his closest aides, Hope Hicks, had contracted the novel coronavirus.

Tonight, @FLOTUS and I tested positive for COVID-19. We will begin our quarantine and recovery process immediately. We will get through this TOGETHER!

It was approximately four hours after the nation learned how close COVID-19 had come to the president that he confirmed both he and his wife had tested positive.

"We will begin our quarantine and recovery process immediately," he tweeted. "We will get through this TOGETHER!"

The First Lady also took to Twitter with a message of her own, assuring her followers that both she and her husband "are feeling good."

As too many Americans have done this year, @potus & I are quarantining at home after testing positive for COVID-19. We are feeling good & I have postponed all upcoming engagements. Please be sure you are staying safe & we will all get through this together.

President Trump is among what is considered the high-risk category, due to his age. At 74 years old, he is considered at higher risk of serious complications that could lead to hospitalization or death.

"The White House medical team and I will maintain a vigilant watch, and I appreciate the support provided by some of our country's greatest medical professionals and institutions," Dr. Conley said in his statement, as noted by CNN.

"Rest assured I expect the President to continue carrying out his duties without disruption while recovering, and I will keep you updated on any further developments," he continued.

The news immediately began trending on Twitter, as everyone from celebrities to pundits to other politicians to average Americans weighed in on the shocking development at the White House.

Immediately, #TrumpHasCovid immediately shot to the top of Twitter's trending topics, along with several other related topics like "First Lady," "Trump and Melania," "Hope Hicks" and even "Rona" all flew into the Top 5.

President Trump's response to the coronavirus pandemic, which as taken more than 200,000 American lives, has been a huge issue of contention between his camp and that of former Vice President Joe Biden.

In particular, there have been many who've questioned his rejection of the advice of some of his scientists, reported public downplaying of the severity and dangers and perhaps most visibly, his attitude toward masks.

While he has publicly stated that he has no problem with masks, he has rarely himself been seen wearing one, and has openly mocked Biden for his use of masks.

Another contentious point for many critics has been Trump's continued use of massive rallies held with no visible indications that social distancing mandates are being followed, nor has there been much mask usage (except notably among those positioned behind Trump and visible on television screens).

Responses from Hollywood have been as varied as those leaving them, with some choosing to take the high road, like MSNBC's Rachel Maddow, who only wished the Trumps a speedy recovery.

Others... took a different route. You can check out some of the earliest reactions below:

God bless the president and the first lady. If you pray, please pray for their speedy and complete recovery — and for everyone infected, everywhere.

This virus is horrific and merciless — no one would wish its wrath on anyone.

We must get its spread under control. Enough.

No one has any idea where this story goes from here. In the next hours, let alone days or weeks. I pray for everyone’s health and for the strength and stability of our county in a time of deep turmoil. I strongly believe we will forge on into a better future.

Tonight will reveal where we all think the line is comedically.

The epidemiologists and national security experts need to wake up now and start shedding the light.

So, Mike Pence...have anything positive to tell us?

It would appear he finally tested positive in the negative sense

But it’s a hoax, Mel. How do you test positive for a HOAX?!

I’m confused; but for some reason, I really don’t care about my confusion. Do you? https://t.co/9jtE6a9w5E

I respect the people who don’t think now is the time to remind the president of his response to coronavirus, but thousands have been badly hurt by his indifference, and neglect. People still have a right to be angry.

The President’s arrogant, cynical, irresponsible denial of the deadly disease he now has is the most devastating self own in human history.

"blow out the candles and make a wish" https://t.co/VcwReDgWzT pic.twitter.com/p9SeO8ESH7

Does anyone know why @Mike_Pence is running around in circles, throwing little pieces of Wonder bread in the air?

October surprises will hereafter need to be sorted by date and which episode of the Twilight Zone they most resemble. Good night Twitter. Can’t wait to see what insanity and inanity tomorrow will beget. (Actually I can)

As Martin Luther King said, the arc of the moral universe bends towards justice.

Looks like it just took a hairpin turn. #TrumpHasCovid

I DONT WANNA TALK POLITICS, & IM SORRY IF I OFFEND ANY1. I DO CARE ABOUT AMERICA. I DO HAV FREEDOM OF SPEECH. I PRAY WE CAN ALL LEARN FROM THIS! WE WILL NEVER WIN APART! WE ONLY WIN 2GETHER! I PRAY 4 R PRESIDENT & HIS WIFE, & I ALSO BELIEVE GODS WILL PREVAILS! #COVID19 #STAYSAFE

He went to a fundraiser with his own supporters without a mask knowing he was exposed. I can’t get over it.

Obviously, no Trump worshiper has the intellectual depth to grasp this concept, but it’s easily possible to both not cheer the fact that Trump has Covid and simultaneously berate him for his recklessness and failure to have ever taken it seriously.

But we were told this was a hoax.