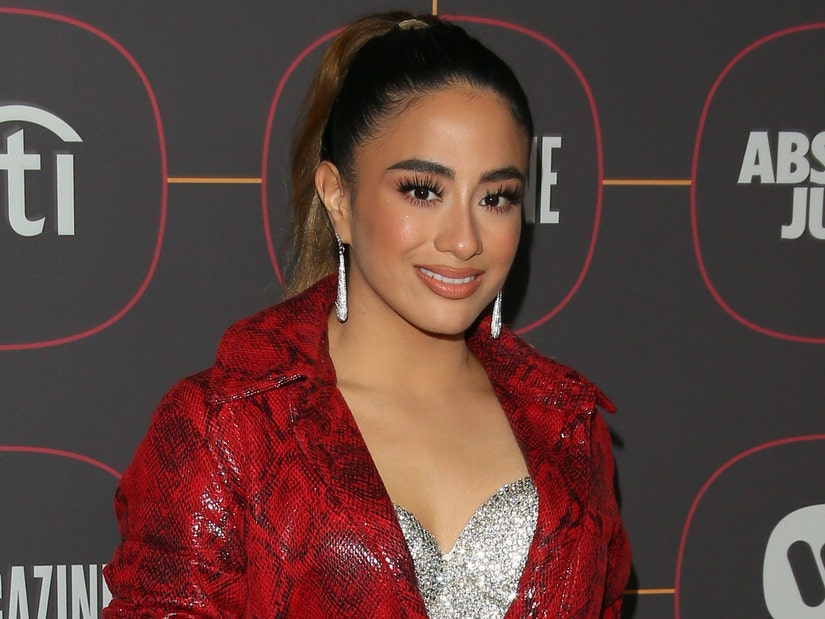 "I was brave to share that. That's something that I hold dear to my heart," said the former Fifth Harmony member.

Ally Brooke has revealed she's saving herself for marriage.

In an interview with the "Hollywood Raw" podcast, the singer, who discusses her virginity in her upcoming memoir "Dream Big, Have Faith, and Achieve More Than You Can Imagine," spoke candidly about being a virgin at 27, saying she's "never felt any pressure" in her dating life.

"You just kind of be yourself. I share that and they either respect it or not," Brooke explained. "Everybody has respected it, which is awesome. A lot of people respect the things that sometimes you're nervous to share. Which I've learned, just tell them in advance or speak up for yourself. Most of the time people will respect it."

"I have had those moments where people would make fun of me, or question me and be like, 'Yeah right,'" she continued. "I just have to hold that in my heart and know my truth and just let that be that. It's awesome feeling that respect. I've never felt any pressure and that's the great part about it."

The former Fifth Harmony member also spoke about her decision to share such a personal part of her life with her fans.

"I put that in my book, and I opened up about that. I was brave to share that [I'm saving myself for marriage]," Brooke explained. "That's something that I hold dear to my heart. And I hold still to this day. I was really happy to be able to share that with my fans, and readers and to show them the choice that I made. And have them receive it however they want to receive it."

"Letting my true heart shine was the goal of this book," she added.

While Brooke opens up about several topics in her book, including an inappropriate gift she said she received from a music executive, the "Dancing with the Stars" alum said she won't be addressing Camila Cabello's exit from Fifth Harmony.

"With my book, I don't get into that. I kind of wanted to focus on the positive, which is why I didn't say much," Brooke said. "Obviously, it was a difficult transition in different ways, but at the same time, it was exciting to start fresh as the four. We were able to write and have a new A&R team, and do some incredible things."

Speaking of her former band members, who are all pursuing solo careers, Brooke said, "Honestly, the past few years have been crazy. We don't get to talk as much. I think everyone is doing their own things and is so busy. Life's kind of pulled us all in different directions in a way. It's awesome to see everyone shine and thrive."