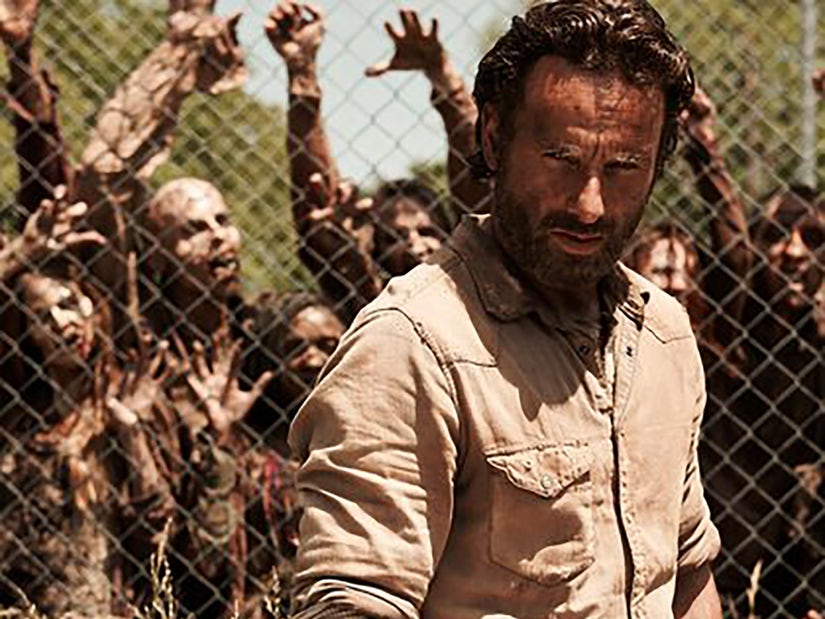 There's anticipation and then there's boredom-- "The Walking Dead" spinoff movie starring Andrew Lincoln started off the former, but how long will fans care?

Fans understand that the global COVID-19 pandemic has caused all sorts of production delays, but that doesn't explain away the full two years they've now been waiting for the further adventures of Andrew Lincoln's Rick Grimes in that long-promised "Walking Dead" movie trilogy.

When first announced back in November 2018, it was a different world and "The Walking Dead" was still one of the most buzzed about shows on television. Fans were eagerly devouring Lincoln's departure from the series and speculating as to what might happen next for him.

Since then, Danai Gurira has also left the series while Lauren Cohan left and then came back. The CRM organization -- which fans know is involved with Rick's abduction -- has been teased in two different seasons of "Fear the Walking Dead" and promises to play a big role in the upcoming "World Beyond" event series -- and the parent series has even been announced as ending soon.

All this time, all fans get to hear is that they're "still working" on the Rick Grimes movies. Are they coming to theaters? Directly to VOD? Just going to air on AMC? Fans haven't been able to get a straight answer on any of it.

Now, though, Scott Gimple is again reiterating the plan for there to be a movie trilogy that "tells a story that continues," telling the Los Angeles Times that they still intend for them to be shown in theaters.

He then tried to explain the perceived lack of progress by reiterating, "Movies take longer than TV," adding, "I probably should have told everybody that."

Filming was originally intended to begin on the films in 2019, but that hasn't happened, so there was already a delay before before Covid. When that struck in 2020, the creators started revealing that they're using the time to tighten up the scripts.

As things continue to change over on AMC in relation to the "Walking Dead" universe, it remains to be seen how it might impact the proposed films. With Gurira freed from the restraints of the television show, she becomes available to slide back into Rick's story.

Hell, with the show now set to end in the next couple of years, the entire cast might suddenly be available to be involved in those films in some capacity, meaning they could serve as a sequel, of sorts, to the entire main saga, just as that announced Daryl (Norman Reedus) and Carol (Melissa McBride) spin-off will continue their story.

Reedus added possible fuel to that speculatory flame when he was recently asked about Lincoln possibly returning to the flagship show for its final season and he said that his friend didn't specifically say yes or no.

"He won’t say anything. He won’t commit," said Reedus, per CBR. "I have no idea. I literally don’t know. I wish I knew." He did say that if it were happening, no one would tell him because of his "big mouth," but it's interesting that Lincoln didn't just squash it.

Intentionally trying to create speculative buzz or is there something here? Now that AMC has made the decision to end the parent series, could the filmmaking team be considering a more direct sequel route? That could help offset some of the frustration, but an announcement of some kind -- or even leaked tease -- would certainly help.

Film and television productions are getting back to work, though, with "The Walking Dead" finale airing tonight, along with the "World Beyond" spin-off series, ahead of the premiere of "Fear the Walking Dead's" new season next weekend.

In other words, the time for excuses is fast fading, and if they want to keep fans excited and interested, it's past time to start ramping up production on this film so they can start teasing fans about what they might expect to see with production stills and videos, and perhaps more importantly at this time, let them know when that first movie might drop.

Even a Covid-tentative window would help at this point, so fans can at least believe that it is happening and there is a production schedule that means something and there is a plan to release it, even if circumstances outside of their control might cause changes.

If Marvel and DC and James Bond and the "Fast & Furious" franchise can keep anticipation while delaying everything with new dates, there's no reason "The Walking Dead" couldn't do it as well by at least giving a tentative year and quarter.

"The Walking Dead" season finale airs (finally) tonight at 9 p.m. ET on AMC, followed immediately by the series premiere of "The Walking Dead: World Beyond" at 10 p.m. ET.