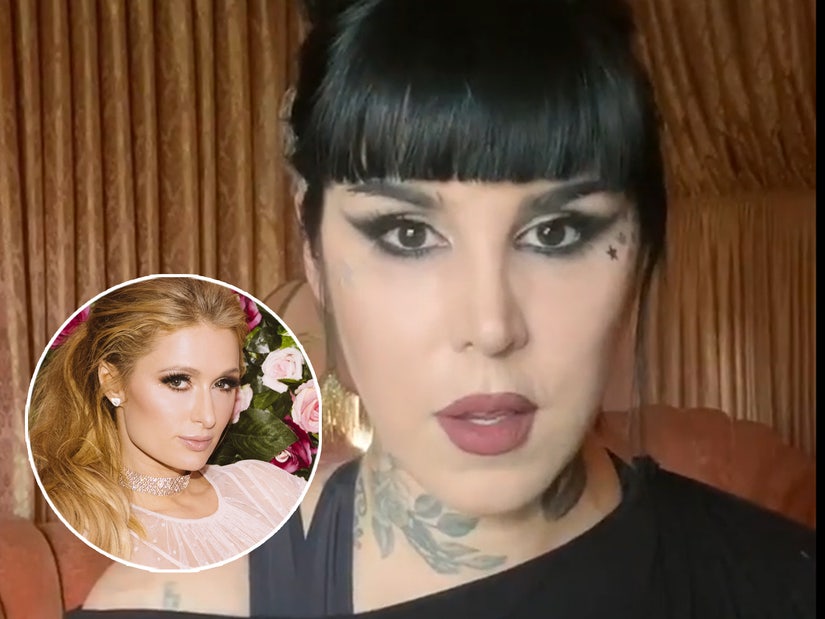 "I was trapped for six months at this pretty crazy, torturous awful place."

Kat Von D opened up about her experience at the same boarding school where Paris Hilton claimed she was physically, mentally and emotionally abused in the recent documentary "This is Paris."

Taking to her Instagram on Monday evening, the famous tattoo artist, 38, claimed she attended Provo Canyon School in Utah starting at the age of 15 and described the ordeal as being "kidnapped and locked up in an institution."

"I spent those 6 traumatic months of my teenage years, only to leave with major PTSD and other traumas due to the unregulated, unethical and abusive protocols of this 'school' — and cannot believe this place is STILL OPERATING," she captioned the emotional video confession.

Provo Canyon School previously released a statement saying, "Originally opened in 1971, Provo Canyon School was sold by its previous ownership in August 2000. We therefore cannot comment on the operations or patient experience prior to this time."

In the 23-minute IG clip, Von D went on to to say she underwent similar situations that the hotel heiress claimed occurred at the private school.

"I was sent to the same place and I was 15 when I was sent and I spent my 16th birthday in there," she continued. "I was there for a total of 6 months and they were definitely the most traumatic 6 months of my life."

Over 20 years later, the reality star can still recall the terrifying night she claims she was taken from her home en route to the exclusive facility.

"I was sleeping in bed and the door opens and there are these two big dudes and a pretty athletic-built woman standing at the door telling me to calm down and to get dressed and that we would be leaving and if I didn't do what they say I would have to choose the hard way  -- which was getting handcuffed."

Von D says she eventually landed at Provo after being "blindfolded" and "strip searched." Her subsequent stay proved harrowing, as she proclaimed, "I had no idea it was gonna end up being that I was trapped for six months at this pretty crazy, torturous awful place."

She described a brick room with a drain in the middle where she said certain students who "acted out" would be isolated for days after being given sedatives and put in a straight jacket.

Even more disturbing, Von D claimed she witnessed "physical abuse" and "sexual abuse," although she said she was "spared" from such atrocities.

Immediately following her time at Provo, Von D said she was "drinking bottles and bottles of whiskey to escape and numb" whatever anxiety she was feeling and claimed the experience was the root of her drug abuse.

She said the hardest part of making the video was acknowledging she hasn't spoken to her parents about the "horrors" that took place because she wanted to "spare them."

"Because it wasn't their fault."

Wrapping up, Von D.  -- who said she has been sober for 15 years -- thanked Hilton for speaking about her Provo experience in the documentary, which allowed Von D. to do the same.

"It's been a beautiful, bittersweet thing to know that you're not alone," she said.