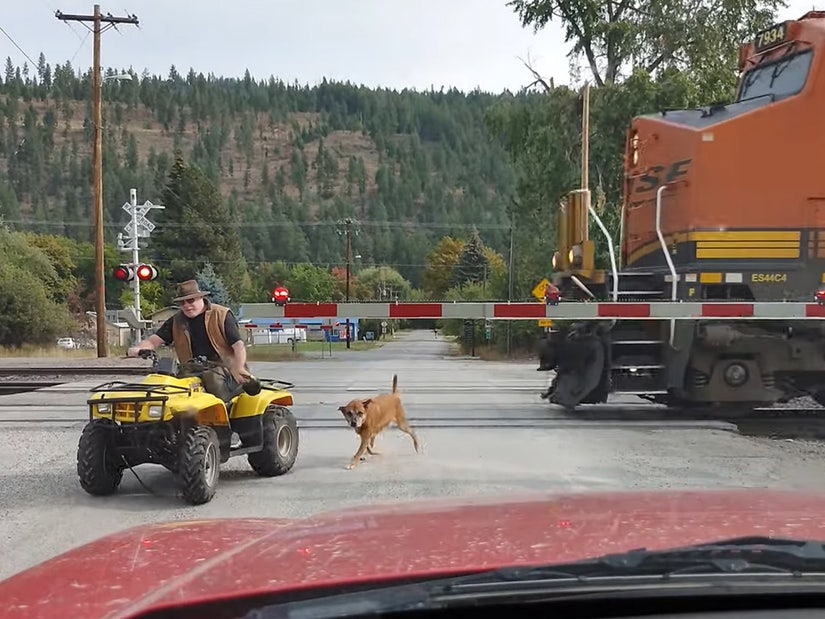 A Montana man's very lucky escape — and his dog's — has been captured in a hair-raising YouTube video.

A user by the name of Cereal421 was recording a train crossing in the city of Troy when he witnessed the jaw-dropping, and very nearly double fatal, scenario.

Pulling up to the crossing in his Chevy truck as a speeding freight train approached, the barriers were down, the lights were flashing. On the opposite side, way beyond the barriers, he saw an ATV slowly approach... and it wasn't stopping.

"What are you doing?!" the Chevy driver yells as he realizes the man riding the ATV isn't going to stop.

And he's not alone either: trotting slowly behind him is the man's dog, being walked behind the ATV on a long leash.

With the train's horns blaring and set to enter the picture any millisecond, the ATV rider — with his dog a good few feet behind him, decides to keep going and casually drive across the tracks.

Without even pulling the slack to make sure his trailing pet isn't obliterated, the man leans ever so slightly to his right to pass around the head-height barrier; the pair make it across with inches to spare, as the barreling train rockets past behind them, horn screaming the whole time. 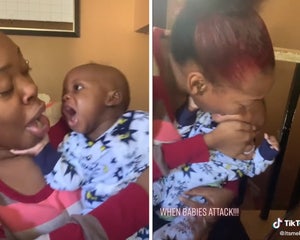 Completely unperturbed, the man continues on his way without as much as a glance back at the train that very nearly killed him.

In fact, as he passes the truck driver, he seems to shake his head in annoyance at the train for making all that racket.

"What the f--k?" is all the stunned driver can manage as he watches them drive away.

In the YouTube comments, he told viewers he had been recording footage of the crossings for a train-loving friend in Europe... and he certainly captured a memorable one! 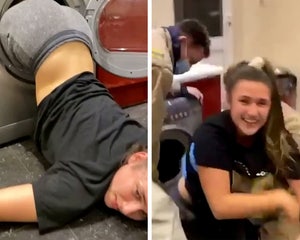 Drunk Student Rescued By Firefighters After Getting Stuck Inside A Dryer