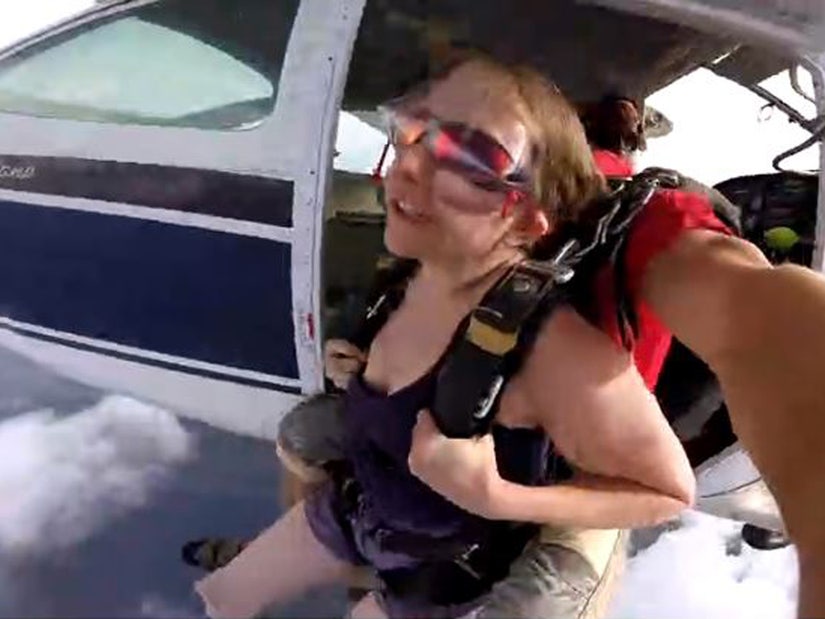 The instructor and his tandem passenger are dangling thousands of feet in the air for over 8 minutes.

A pair of skydivers got caught in a plane's landing gear after attempting a jump during a video that surfaced online on Saturday,

In the terrifying clip, the instructor and his tandem passenger are seen struggling to get loose from the aircraft's mechanics for over eight minutes while they dangle thousands of feet in the air.

The thrill-seeking excursion appeared harmless at first, as the instructor can be seen giving the pilot a high-five before leaping out of the single-engine plane.

A moment after, the pair are left stuck by one of the wheels of the plane.

As a camera records the harrowing seconds that turn into minutes, the instructor attempts to undo the passenger's straps that have become entangled in the landing gear.

The instructor, who appears to be enjoying himself at certain points during the heart-pounding predicament, suddenly unleashes a tool to help untangle the straps.

Finally, he frees them from the gear and they began tumbling towards the ground before the parachute is successfully deployed.

"Oh my god," the instructor can be heard saying before giving his tandem partner a high-five. "Unbelievable!"

Watch the insane clip above!