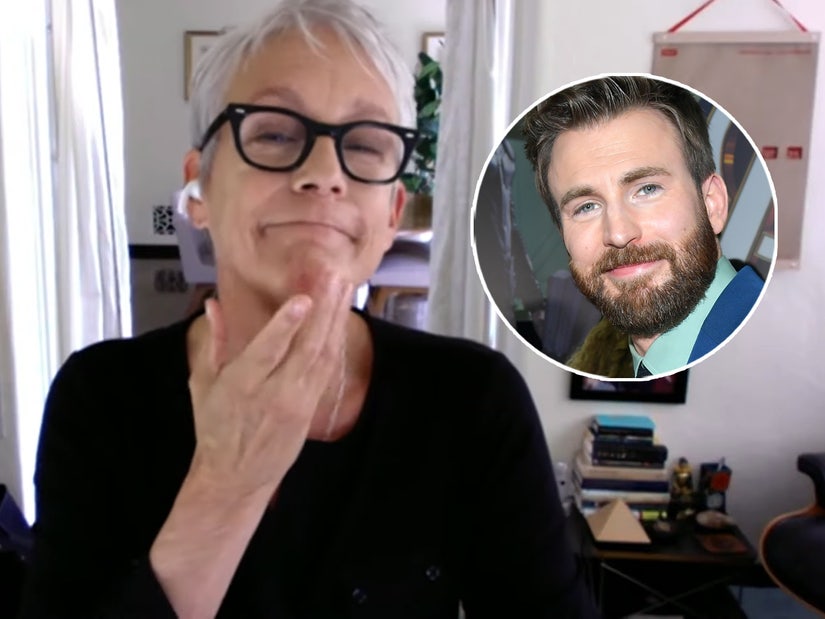 Chris Evans called his nude photo leak "embarrassing," but his "Knives Out" costar Jamie Lee Curtis thinks there could be more to the story.

A month after Evans accidentally shared a little too much on his Instagram Story, Curtis appeared on Monday's episode of "The Kelly Clarkson Show" -- where the host put Jamie Lee on the spot about what went down.

"Speaking of tech, sometimes it gets the better of us, like with your 'Knives Out' costar Chris Evans, what happened here?" asked Clarkson. "I'm sweating already," said Curtis after the subject came up.

Kelly said she loved how Evans responded to the viral moment by tweeting, "Now that I have your attention" and urging his followers to vote.

"So, my question is this, he's so smart and such an unbelievably beautiful human being, I'm wondering if it was even planned," Curtis then theorized, scratching her chin.

Clarkson was on board with the conspiracy theory, saying she too, "kind of [thought] it was planned" to get people to vote.

My boy! Proud of him. Got MY attention!

While Curtis initially reacted to Evans' plea by tweeting, "My boy! Proud of him. Got MY attention," she said she almost went in another direction with her response.

"I could have made some sort of joke and say he took after his movie father, Don Johnson!" she joked.

Appearing on Tamron Hall after he went viral, Evans said, "It was an interesting weekend full of lessons learned, a lot of teachable moments. Things happen." He added, "It's embarrassing but you gotta roll with the punches. I will say, I have pretty fantastic fans who came to my support."