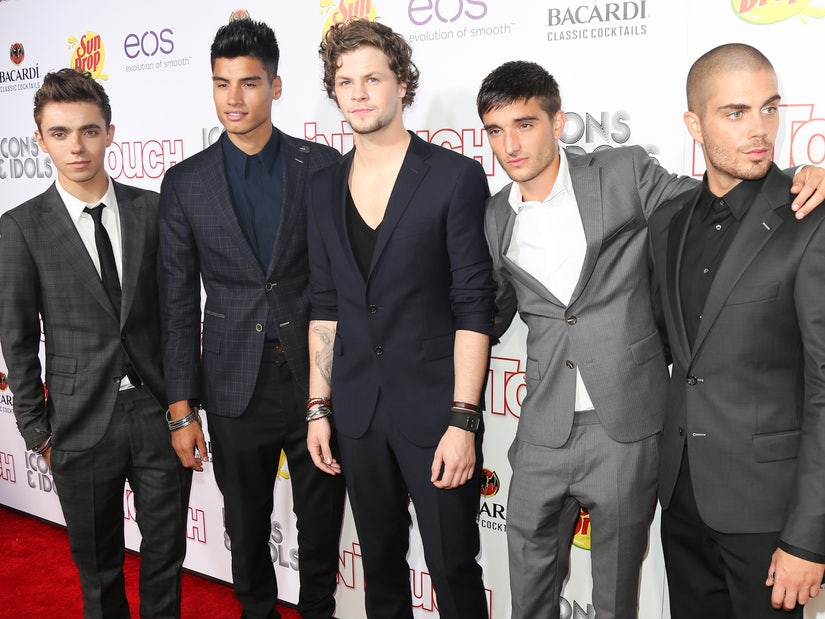 George was the first member of the boy band to react to Parker's devastating diagnosis.

The Wanted's Max George is sending his former bandmate Tom Parker nothing but love and support after Parker revealed he has an inoperable brain tumor.

Parker broke the news to OK! Magazine, telling the publication he's currently undergoing treatment for a grade four glioblastoma tumor. He and wife Kelsey Hardwick -- who are expecting their second child together -- said his doctors called the tumor "a worst-case scenario" and told him he it was terminal.

After the interview went live, he opened up about the diagnosis a little more in Instagram.

"Hey guys, you know that we've both been quiet on social media for a few weeks and it’s time to tell you why. There's no easy way to say this but I've sadly been diagnosed with a Brain Tumour and I'm already undergoing treatment." he wrote.

"We decided, after a lot of thought, that rather than hiding away and trying to keep it a secret, we would do one interview where we could lay out all the details and let everyone know the facts in our own way," he continued. "We are all absolutely devastated but we are gonna fight this all the way. We don't want your sadness, we just want love and positivity and together we will raise awareness of this terrible disease and look for all available treatment options. It's gonna be a tough battle but with everyone's love and support we are going to beat this. Tom and Kelsey."

Max George followed through on Parker's wish, sending positivity, love and support his way on his own Instagram page.

"First of all ... I think the bravery of Tom and Kelsey announcing their situation is incredible," George shared alongside a photo montage of him and Parker together in their boy band dans.

"It's obviously a devastating and scary time ... but for those who don't know Tom I will say this," he continued. "There is nothing that he has ever given up on and has never taken no for an answer. His heart is the size of a lions, and it is his drive and passion that has always lead The Wanted and made sure we are looked after the right way."

"Speaking as a brother, a friend and a band mate ... I know that you will conquer this as you have every other challenge you have ever faced," he wrote. "We are all on this journey together ... and I can't wait to get back on the stage with you and the boys and have a proper celebration when you're better. You got this my man. I love you, Kels and all the family with all my heart and I'll be right here."

The Wanted -- consisting of Parker, George, Siva Kaneswaran, Jay McGuinness and Nathan Sykes -- formed in 2009 and released three albums and an EP before they disbanded in 2014 to pursue solo careers.

While they had a number of top singles in the UK, only "Glad You Came" cracked the Top 10 in the United States.