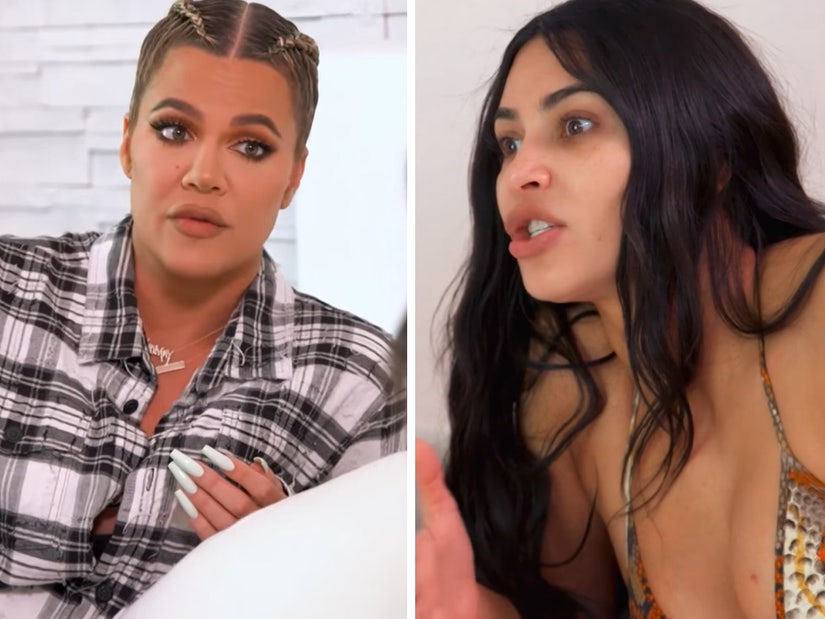 The fallout from the physical fight between Kendall and Kylie Jenner will play out on this week's episode of "Keeping Up with the Kardashians" -- with sisters Khloe and Kim Kardashian expressing their confusion over what actually went down.

Kylie and Corey allegedly left Kendall at a gas station -- where she was picked up by the Kardashians -- and went home without her.

In a sneak peek at Thursday's new hour, Khloe and Kim try to piece together what happened inside the Jenners' SUV -- as there were no cameras with them when the fight happened.

"The whole night sucks that it happened," she added.

"They had a sister fight," Kim chimed in, "Corey happened to be there, he's now in the middle of it. It's super annoying."

Khloe tried to explain some of their behavior by saying they were both drinking all night, saying they just weren't "being logical." Kim also suggested Kendall's anxiety issues also played a factor.

"Kendall has this anxiety that she struggles with, like her shaking and being so upset," said Kim. "I don't think she's had that kind of adrenaline since she's been an adult and that's tough."

While Khloe said she could empathize with Kendall, as she's had many fights with her sisters herself, she wasn't ready to pick sides. "Picking a side is not going to do anything right now," she added, saying she hopes Kendall feels supported and she and Kylie can figure it out on their own.

"I just feel bad that mom's in the middle," she added, as Kris Jenner's boyfriend is part of the drama. "It just sucks."

We'll see how it shakes out when "Keeping Up with the Kardashians" airs Thursdays on E!