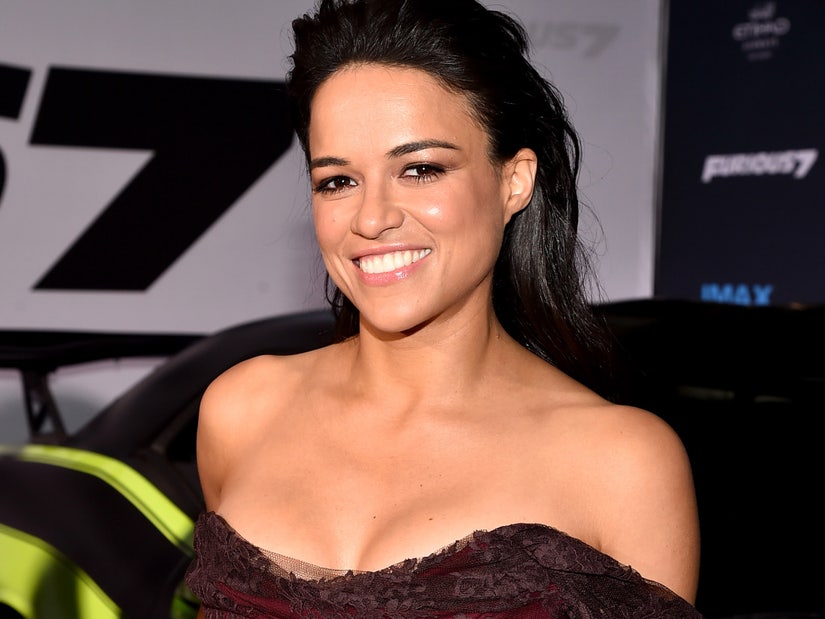 "I've always kind of gone my own little way."

Michelle Rodriguez has opened up about growing up in a Jehovah's Witnesses household -- and how her family reacted when she came out to them as bisexual.

The "Fast and the Furious" star was a guest on "Red Table Talk: The Estefans" on Tuesday, joining the panel of Gloria, Emily and Lili Estefan for a conversation about sexuality.

"I think I had a childhood crush on her too," exclaimed Emily before Rodriguez joined them via Zoom.

"I like boys, I like girls, I like both," the actress explained. "I've always kind of gone my own little way, I'm the rogue girl in Hollywood who's just kind of made my own path and not really cared what people think too much."

When she was asked what her parents thought about her sexuality, Rodriguez revealed she grew up in a house of Jehovah's Witnesses. In the past, she's said her mother's side of the family all practiced the faith, though she doesn't anymore.

"Birthdays and celebrating Halloween are evil. I didn't get to watch Disney movies until I was in my teens because of all the witchcraft," she explained. "My family, I think, at the end of the day they set aside the differences."

"As far as spending lots of time with that side of the family, no. I grew up knowing that you're in this alone," she continued. "Your mom gives birth to you, your family takes care of you, but in a sense you have to make your own in the world. For me, to have other people decide what that looks like, I could never live that life."

The episode ended with Rodriguez and fellow guest Rosie O'Donnell giving some advice to anyone who may be thinking about coming out.

"When you approach a situation where you know your parents or your friends have a worldview that's not necessarily yours, they think gay is bad, those are limiting world views," she said. "Anything that cancels people, is limiting. To look at everybody with empathy is very important because then you don't hate the fact that they think differently than you, you accept it and you're compassionate."

O'Donnell just said to make sure it's safe, first. "Find one person that you trust and tell that one person," she said.

Visit The Trevor Project and GLSEN more resources on coming out.