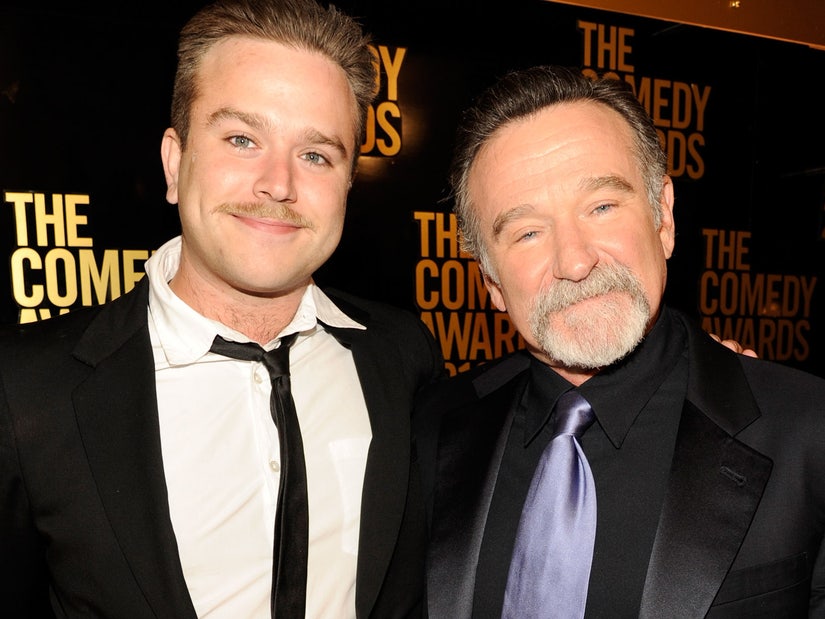 "I was deeply unhappy and feeling extremely isolated and broken."

Zak Williams opened up about the difficult period he experienced after the death of his father, Robin Williams.

During an interview with People on Wednesday, the 37-year-old son of the famous actor and comedian revealed he suffered major depression and turned to the bottle in the wake of Robin's death by suicide in 2014.

"I was deeply unhappy and feeling extremely isolated and broken," Zak confessed. "I was traumatized."

But self-medicating with alcohol wasn't the answer and Zak admitted he needed to seek help.

"Ultimately, I found that if I continued living that way, it wasn't a life that was worth living. Something had to give," he explained.

According to the outlet, Zak began to see the light with the help of therapy, recovery groups, a healthy diet and meditation.

After working with mental health advocacy organizations -- such as Glenn Close's Bring Change to Mind -- Zak decided to start his own called PYM (Prepare Your Mind).

Now Zak is living his best life as father to 17-month son, McLaurin (Robin's middle name), and husband to wife Olivia, whom he married recently in Los Angeles.

"I'm thrilled to have a family and live the life that I always wanted to live," he said. "I've learned I'm not broken. Despite experiencing traumatic events, I can recover. And I am now on a path of healing and being the person I always wanted to be."

Another exercise that has been helping Zak cope with the loss of his father is introducing McLaurin, who goes by Mickey, to Robin's legacy.

"I have slowly started showing photos and pictures to my son, things from movies and in animation that my dad was in," he explained to "Today." "We have photos and memories around our home and he's drawn to them. And so when he sees the Genie from 'Aladdin' or when he sees a photo of his grandfather, he's drawn to it. And so we talk about it."

"It's a nice way to carry on my dad's legacy related to our family history."