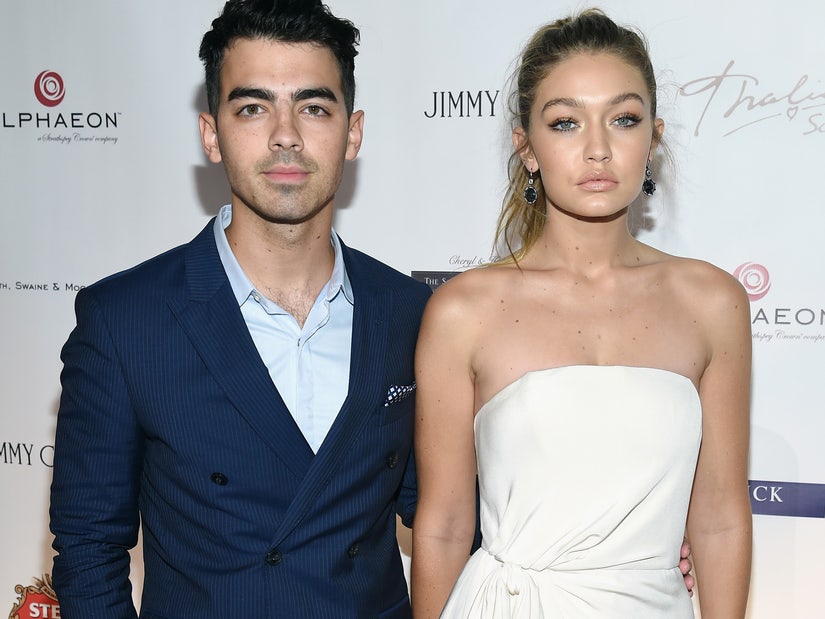 Cher and Tom Cruise were once a "hot and heavy" pairing.

Some celebrity couples become so ingrained into pop culture history that it's impossible to forget them, while others simply fall off the radar over time. And some couples keep things so under wraps, that you didn't even know they were dating!

Looking back at the couples of Hollywood's past, many of these duos have clearly faded from tabloid headlines and the public's memories. Pairings like Kim Kardashian and Nick Cannon as well as Kate Hudson and Alex Rodriguez once walked red carpets together but haven't been mentioned in the media in years!

While these couples didn't stand the test of time, most of the celebs have thankfully gone on to find their perfect match in other stars!

Hilary Duff and Joel Madden began dating when she was just 16 and he was 24. They stayed together for several years before parting ways in 2006. Although neither party ever spoke out about what caused the split, Hilary later described the relationship as very "intense."

"It was so all encompassing. It was so intense. It was my life. It was like every minute of my day. It was pretty major," Hilary said on "The Love Bomb" podcast. 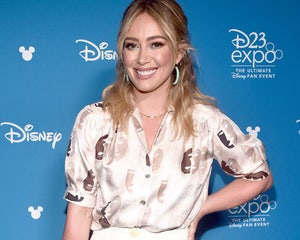 Bella Thorne and Gregg Sulkin, both former Disney Channel stars, began dating in 2015 for a year, even moving in together during the course of their relationship. When they split, the former couple released a joint statement explaining that the breakup was mutual and their "schedules made seeing each other difficult."

Joe Jonas and Gigi Hadid had known each other for many years when they began dating in 2015. While Gigi turned him down the first time he asked her out, things eventually worked out for the couple, who ended up dating for about six months. They reportedly split because of their conflicting schedules and Joe seemed a little surprised when she started dating Zayn Malik later that year.

"I think it's interesting that she moved on so quickly. I mean, it was definitely very quick," Joe told the Daily Mirror at the time.

In 2006, Kim Kardashian and Nick Cannon began dating and their relationship lasted for about four months. Nick later revealed that part of the reason for their split was because Kim didn't tell him about her sex tape with Ray J.

"We talked about this tape… And she told me there was no tape. If she might have been honest with me I might have tried to hold her down and be like 'That was before me' because she is a great girl. She's actually one of the nicest people you'll ever meet. But the fact that she lied and told me that there was no tape?" Nick reportedly said on "The Howard Stern Show."

Drake and Tyra Banks' relationship didn't last long, in fact, it was really just one date to Disneyland. The duo have since remained friends.

"It was just one date. We went to Disneyland in disguise actually, which was really fun. I don't even know if it was like a date. It was like a get-together. We're still really close," Drake said on "The Ellen DeGeneres Show."

Cameron Diaz and Jared Leto quietly dated for four years, starting in 1999. Not much is known about the couple, who preferred to keep things quiet, but at one point, they were rumored to be engaged. They split in 2003 but didn't share the reason why.

Taylor Swift and Taylor Lautner were a couple on and off screen after meeting on the set of "Valentine's Day" in the summer of 2009. The pair were spotted on several dates for the rest of the year but split in December. Taylor later reportedly wrote her song "Back to December" about the relationship.

Justin Timberlake and Fergie dated in the early 2000s but their relationship wasn't all that serious.

"One of my good friends was dating J.C. Chasez, and so we'd all hang out with NSYNC. Justin and I would go out together and have fun and make out. We went to Hawaii together, but we were never serious. He was Mr. Right Now," Fergie reportedly told Cosmopolitan a few years later.

Vanessa Hudgens and Josh Hutcherson met on the set of "Journey 2: The Mysterious Island" and enjoyed a short relationship. When asked about the relationship, Josh joked that she broke his heart.

"We're not… No. We were at one point, but she broke my heart. I'm just kidding. That was a while ago, we're just really good friends now," Josh said on "The Today Show."

Alexis Bledel and Milo Ventimiglia played a couple on "Gilmore Girls" and were also one in real life! The pair began dating in 2001 and stayed together for almost four years. The duo kept their relationship under wraps but Alexis admitted they did talk about marriage before their split.

"I think everybody who has been dating for more than a couple of years probably talks about it at some point. It's a fun thing for us to talk about, but that's it," Alexis told People.

Janet Jackson and Matthew McConaughey first met at the Grammys in 2002 and very briefly dated. At the time Matthew denied the dating rumors but Janet later confirmed they had been together for a moment in time.

"I guess we did [date]. He is such a great guy and a sweetheart. It was just for a minute, that's why I'm so hesitant to mention it," Janet reportedly said in 2006. 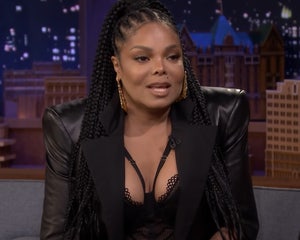 Cher and Tom Cruise may seem like an unlikely match, partially due to their 16-year age gap, but the duo have many fond memories of their relationship. Cher has called Tom a "great, lovable guy" and described the relationship as "hot and heavy."

"He was in the top five. It's not a long list, just a good list," Cher said while ranking her lovers on "Watch What Happens Live," adding, "It could have been a great big romance, because I was crazy for him."

Beginning in 1998, Jennifer Lopez and Diddy dated for about a year-and-a-half. Diddy later said that Jennifer was "without a doubt" one of his greatest loves. Meanwhile, Jennifer had a slightly different perspective on the relationship, at one point even implying they split due to his infidelity.

"The Puffy era was just kind of a crazy, heightened time in my life... We had this kind of crazy, tumultuous relationship that ended in a bang. It was definitely a moment but I felt like it was necessary. He was meant to be in my life at that moment to teach me what I needed to know about the music business, about what kind of artist I wanted to be in the music industry," Jennifer said on "The Breakfast Club."

Back in 2009, Kate Hudson began dating Yankee star Alex Rodriguez, who she first met at the reopening of the Fontainebleau Hotel in Miami the previous year. The couple dated for about nine months, which included plenty of photo ops for Kate during baseball season. The duo never spoke out about their split but it was rumored that Alex had still been in contact with his ex Madonna.

Nicole Kidman and Lenny Kravitz dated for two years and were even secretly engaged during the course of their relationship! Nicole spilled the tea when she was asked who she knew from the "Big Little Lies" cast prior to filming.

"Well, I knew Zoe [Kravitz] because I was engaged to her father. It's all in the family! I love Lenny. He's a great guy," Nicole told The Edit.

While their relationship was serious, Nicole also noted that things just weren't right and they "weren’t ready" to walk down the aisle.

Jennifer Aniston and Adam Duritz met through mutual friends when they were both on their rise to fame in 1995. Not much is known about their brief relationship, although they were spotted out together on several occasions. Many years later, Adam revealed that the duo reportedly "never even slept together."

Robert Downey Jr. and Sarah Jessica Parker dated for almost seven years but Robert later admitted that the relationship fell apart due to his issues with drugs and alcohol.

"I liked to drink, and I had a drug problem, and that didn't jibe with Sarah Jessica, because it is the furthest thing from what she is. She tried to help me. She was so miffed when I didn't get my act together," he told Parade. 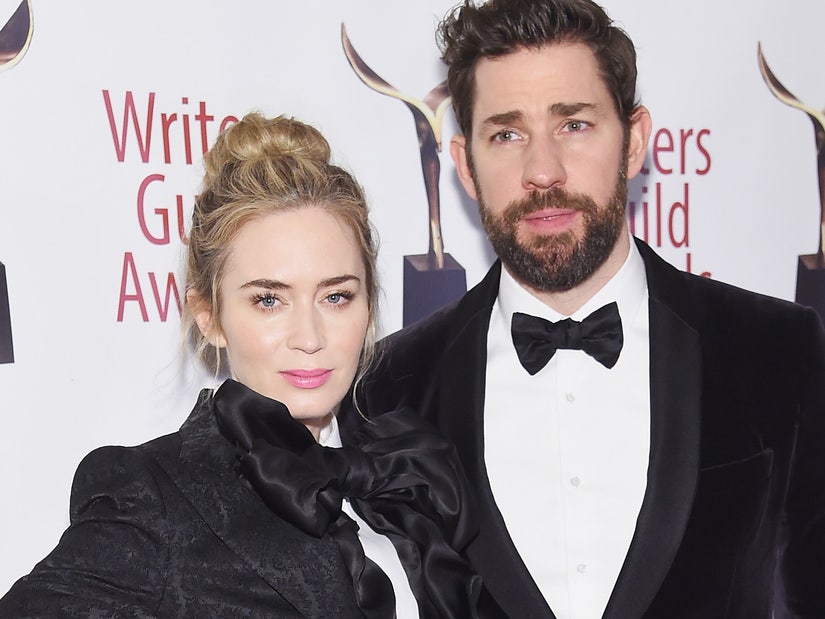